Happy Friday dear bloggy-blog! We’re sending you off into the weekend with a sneak peek that will melt your heart from Chris and Nicole’s board game themed engagement session at Balboa Park. Just wait until you see the full session next week – these two are huge board game lovers and bike riders, so they rocked the props with Scrabble, Risk, Bananagrams, playing cards, Stratego, books, wine, a picnic blanket, AND a sweet red Schwinn tandem bike. Say it with me everybody – “HOLLA!” 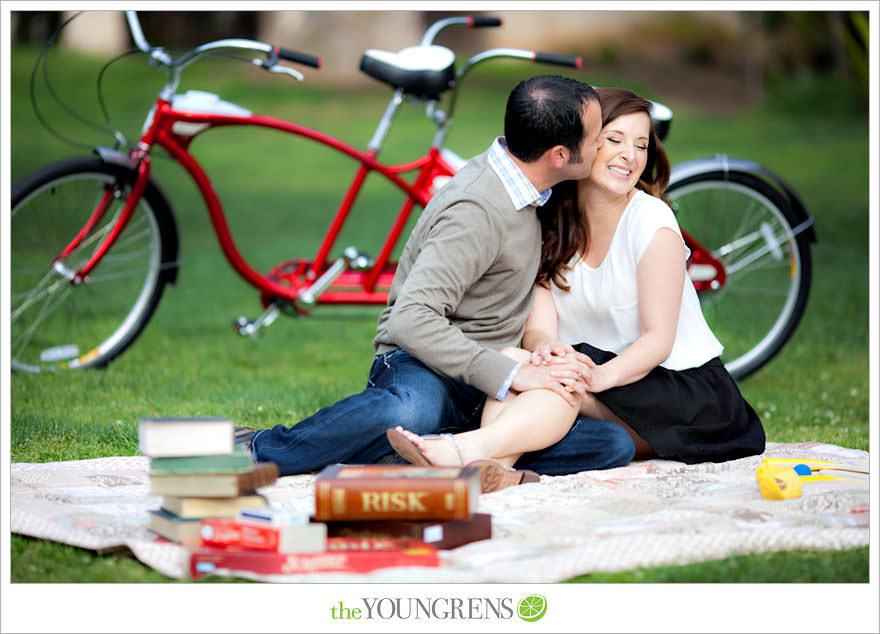 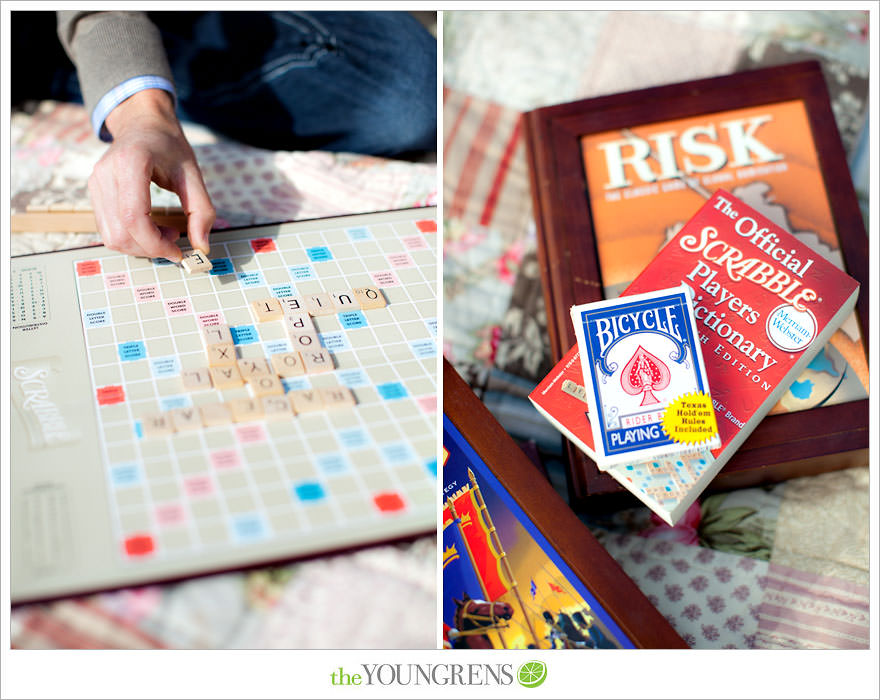 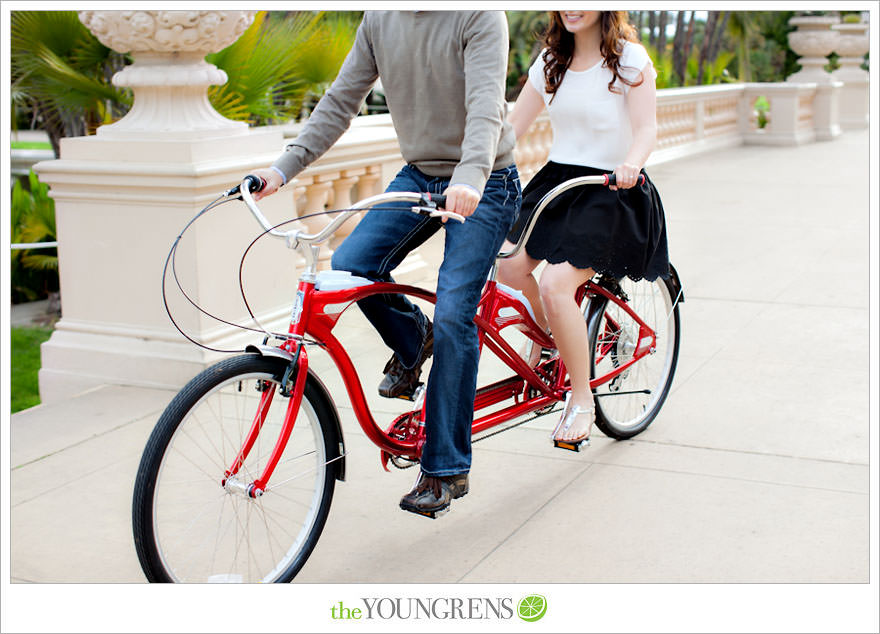 But that’s not all we have for you today. We have a winner for our Klutz Chronicles and Sur La Table giveaway! I have to say that your stories about your mishaps in the kitchen made me laugh to tears and then totally squeal with some SERIOUS heebie-jeebies. I don’t feel so alone in my hair-brained attempts at kitchen godlessness anymore, so I thank my dear wonderful readers for that.

The comment that made me laugh the hardest was the one from dear Lorrie. As soon as I saw the words ‘pressure cooker’, I knew it would be a good story. Then the hammer got involved and it went to a whole ‘notha level!

My mishap came from a pressure cooker. I had inherited this cooker from my mother, and thought I knew exactly how to use it. I grew up watching Mom use it and though she told me I needed to read up on it a little, I just didn’t. I mean, how hard can it really be to put the stuff in, the lid on, and then let the jingly thing on top jingle until it was done, right? Well, that is exactly how it all went down…until the end. I didn’t know, nor remember, that you had to wait for it to cool down and depressurize. I tried to get the lid off, but it wouldn’t budge. Thinking that the cooker was defective, I pried harder…still not coming off…then I KNEW it was defective! My whole goal at this point was to get my beans out of that cooker. I took a hammer and began to try and beat it off. Well, it came off. The lid flew off, hit the wall, the beans exploded all over my stove, walls, ceiling…just everywhere. I now know I was lucky to not get hurt and badly burnt, and I never use a pressure cooker anymore. They scare me to no end.

The prize for ‘something-I’ve-totally-done-way-too-many-times’ goes out to Danielle:

I think my worst mishap definitely deserves this particular prize… i’m also learning to cook and starting to enjoy it but i think i shouldn’t be doing too much in the morning since all my gross motor skills aren’t fully functioning…or my brain apparently. so i was making an apple german pancake thing and you cook ingredients on the stove in a frying pan, then move that into the oven to bake. so after it was done baking, i put the pan on a trivet and left the room, when i came back like a minute later, i grabbed the frying pan with my bare hand completely forgetting that it was just in the oven and burned the whole inside of my hand! yowza! the food was yummy but my hand was throbbing…lesson learned.

But the random winner of the contest goes to Molly, who also gets the ‘Crazy Heebie-Jeebies’ prize for seriously grossing me out:

Have you ever seen a movie with a torture scene where they stick bamboo shoots under someone’s finger nails? Yes, my skin is tingling just thinking about it. Well one night while washing the dishes I was in a hurry and reached for the disposer switch which was right behind our dish rack. My hand was gliding swiftly over the freshly washed dishes and the switch was almost at my fingers when all of a sudden my gliding hand jammed to quick halt. Second one: Confusion. Second Two: Screaming bloody murder pain. I had skewered my finger on a fork prong. (The prong was wedged between my fleshy finger and my nail.) So there I was, torturing myself in the kitchen with a fork. Lots of blood, time, and one new grown-out nail later I still make sure the forks point toward the wall. Ain’t gettin’ me twice P.S. You make bandages look cool/artsy/vintage/hipster haha

Congrats Molly for winning the oven mitt set from Sur La Table! And please don’t ever jab your finger again – just the thought is making me cringe!! Until next time…