We have one last installment of Keith and Janine’s engagement session, and this time we scooted on over to Janine’s hometown of Los Gatos where Keith and Janine met for the first time. For their one year anniversary, they re-enacted their first date, but Janine had no idea that Keith was planning on proposing on that very night at the same spot that he says started it all – the street corner where they said goodbye at the end of that first date. Keith said that when he walked Janine to her car that first night, he knew that he couldn’t let this girl go. So I think its pretty stinkin’ romantic that chose that very same spot to never this girl go for the rest of his life. 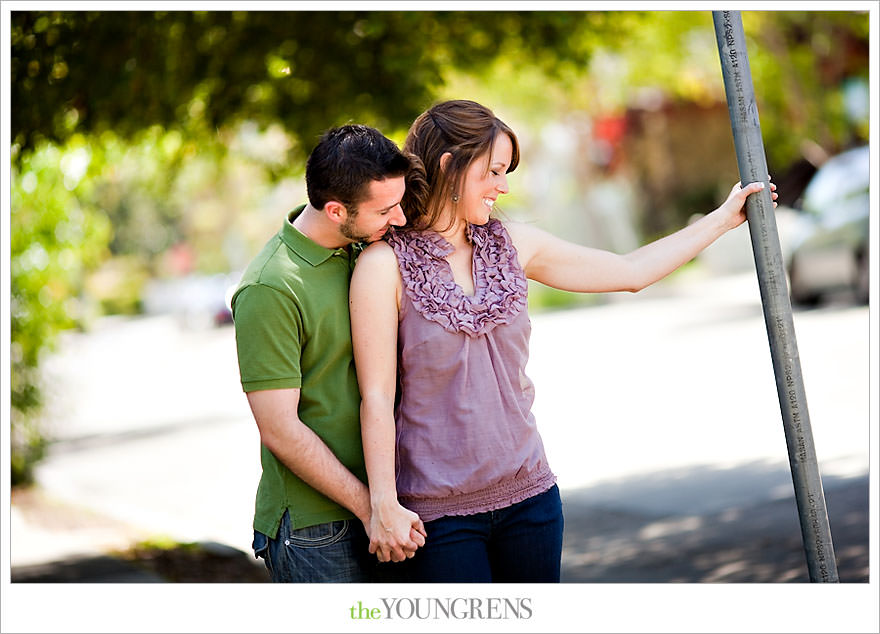 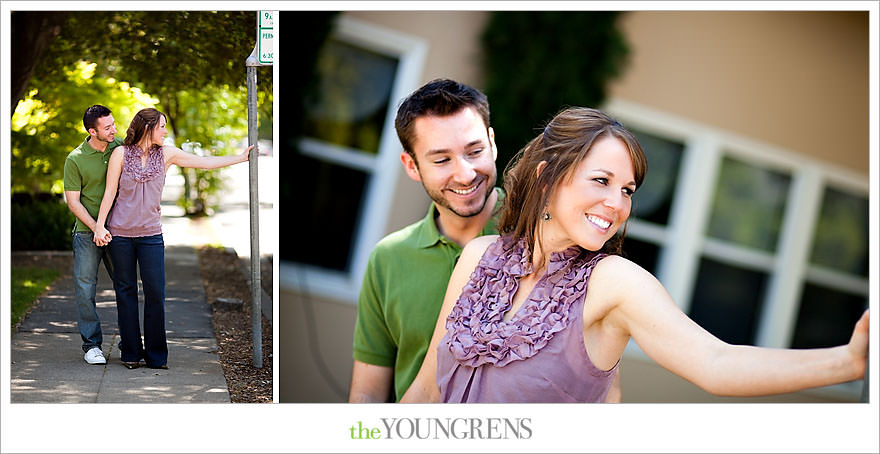 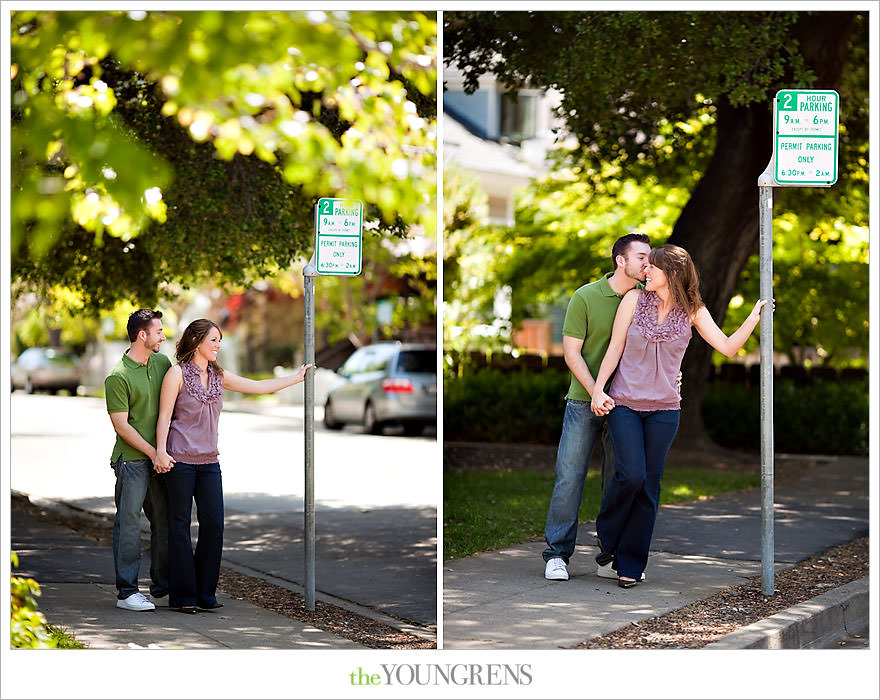 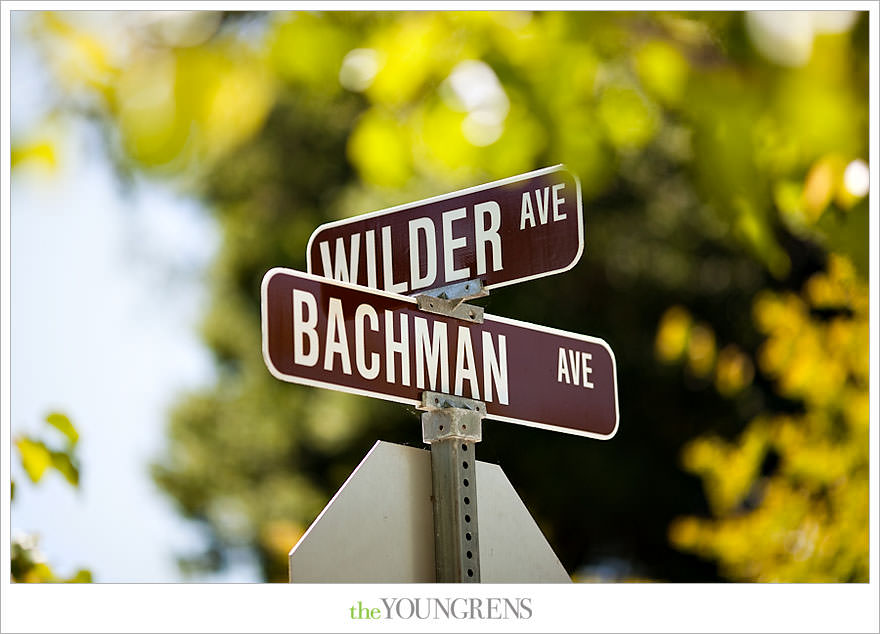 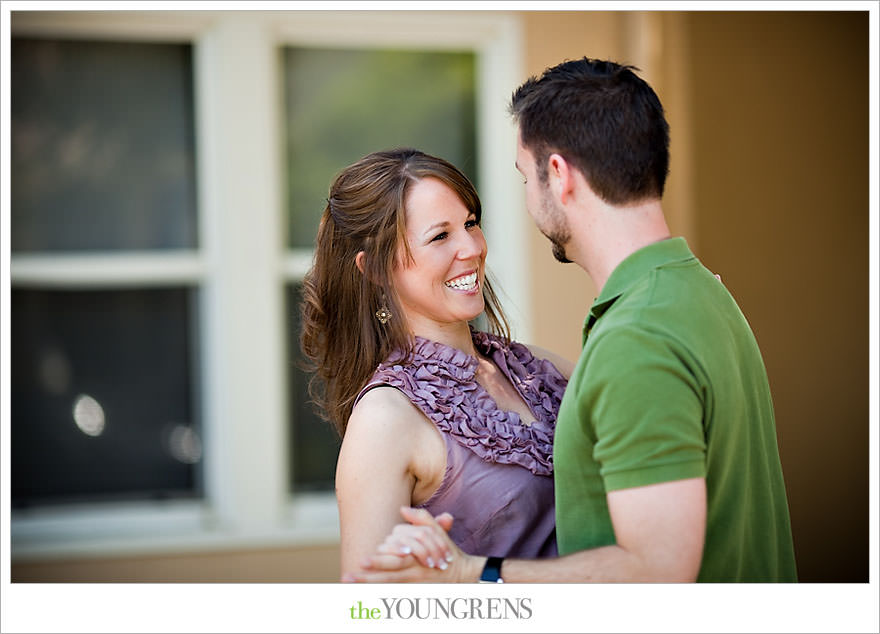 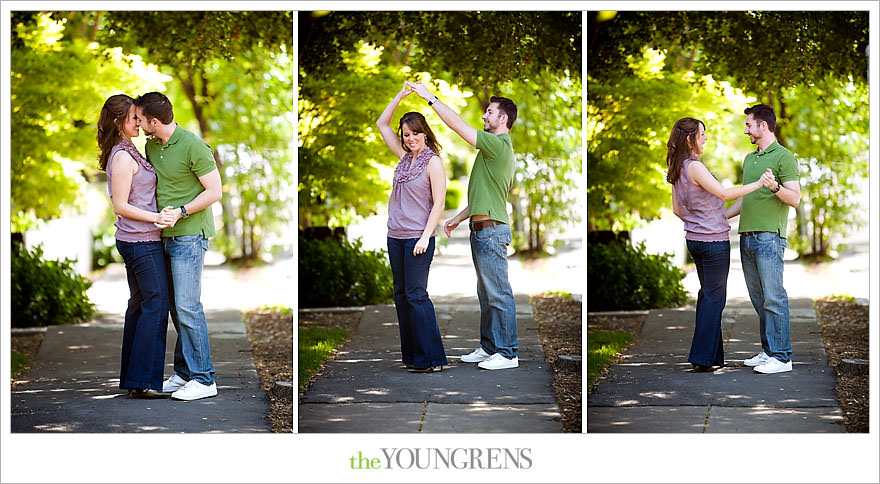 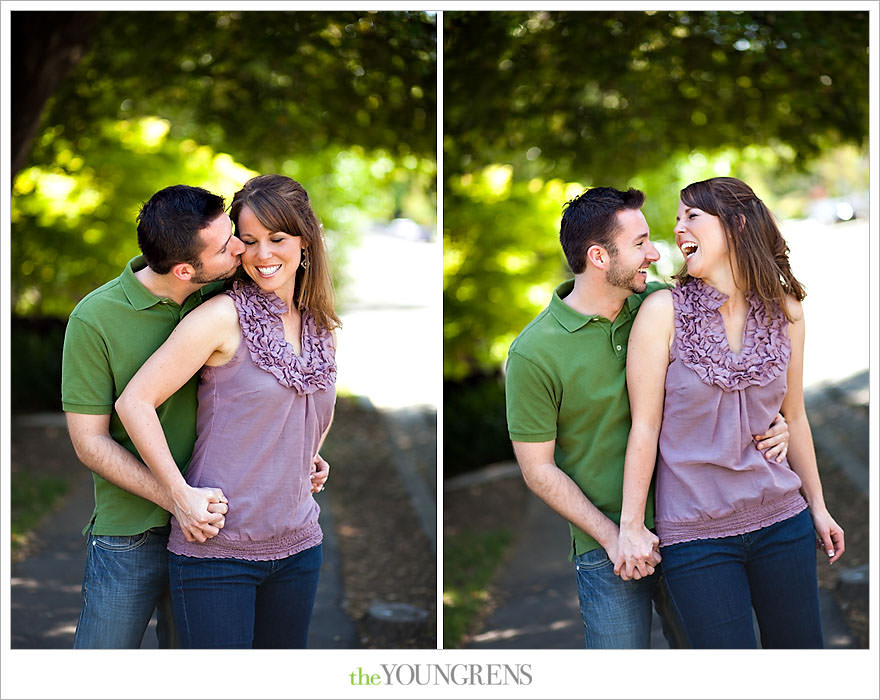 A little re-enactment of the proposal. Apparently Janine kept yelling “NO!” in disbelief because she was so excited! HA! And I love that Keith is totally joking around in the second picture and flexing his muscles! This guy is the best. 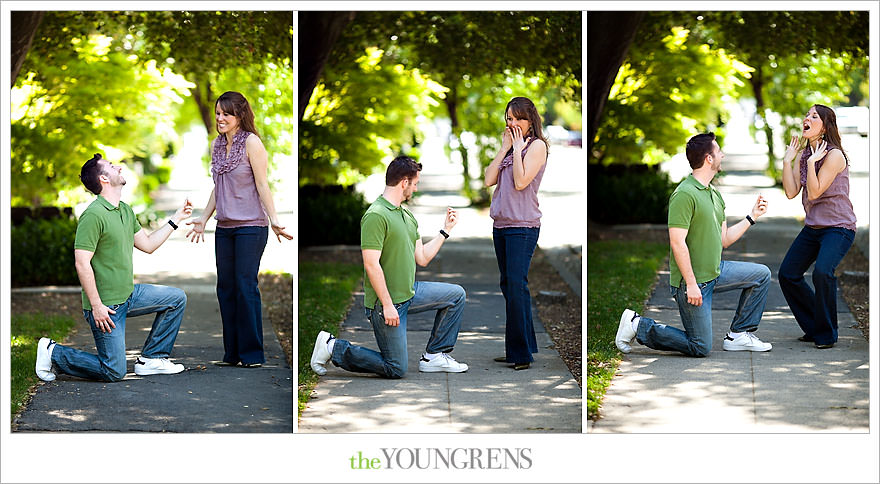 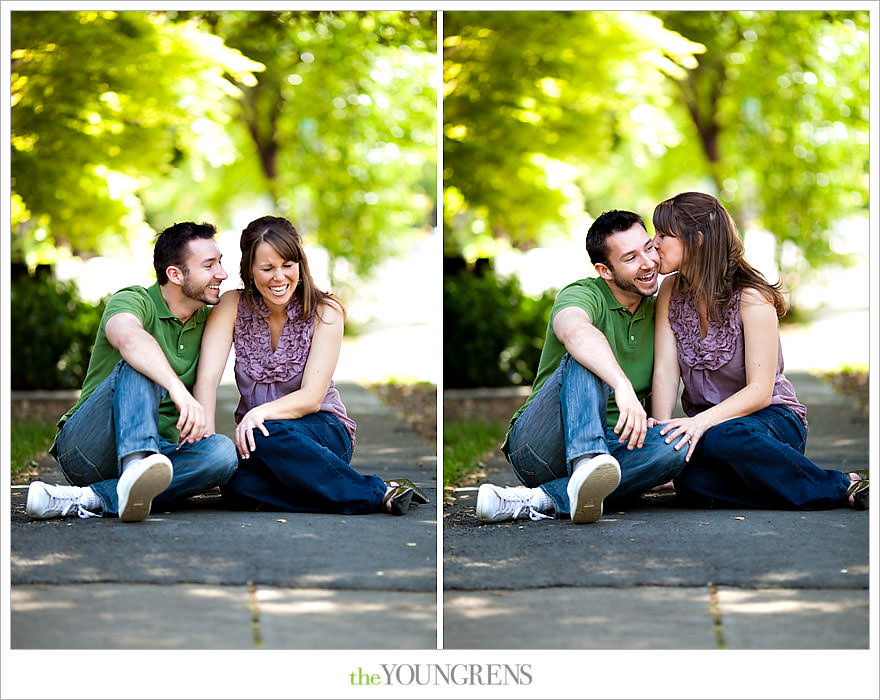 We hopped across the street to the bar where they met for drinks on their first date. A big thanks goes out to the bartender for letting us sneak into the back corner for pictures! 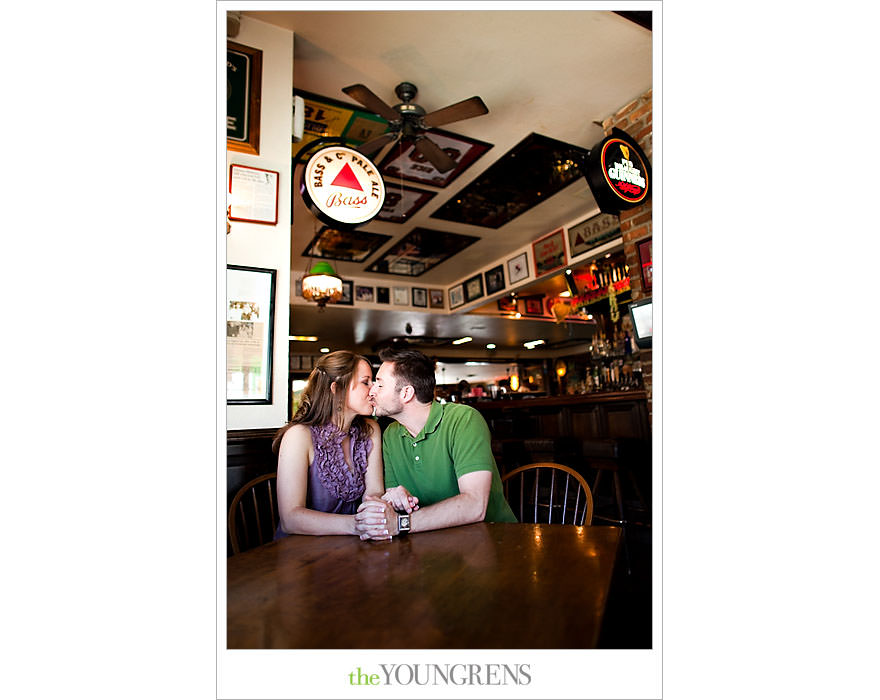 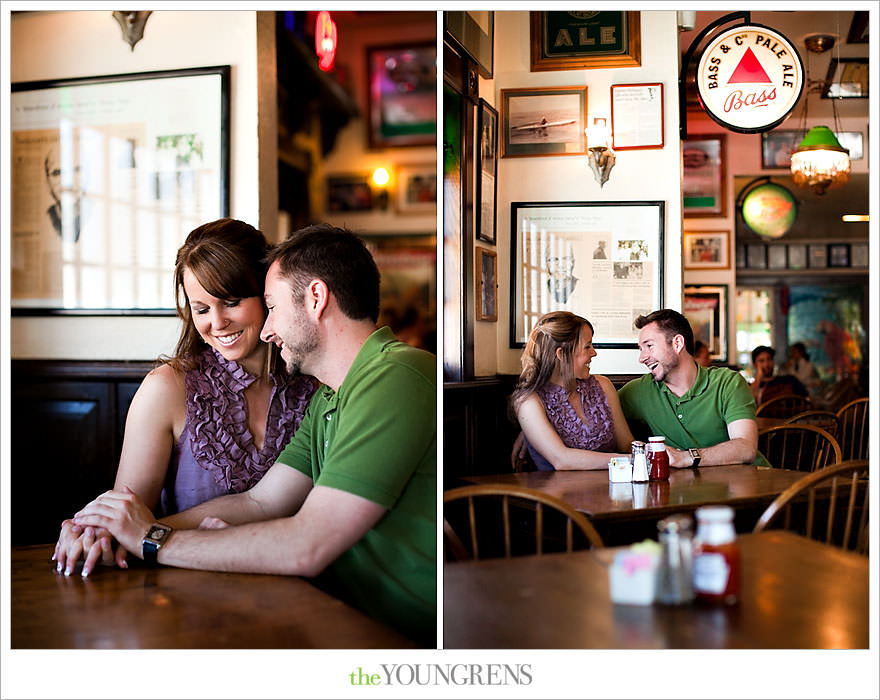 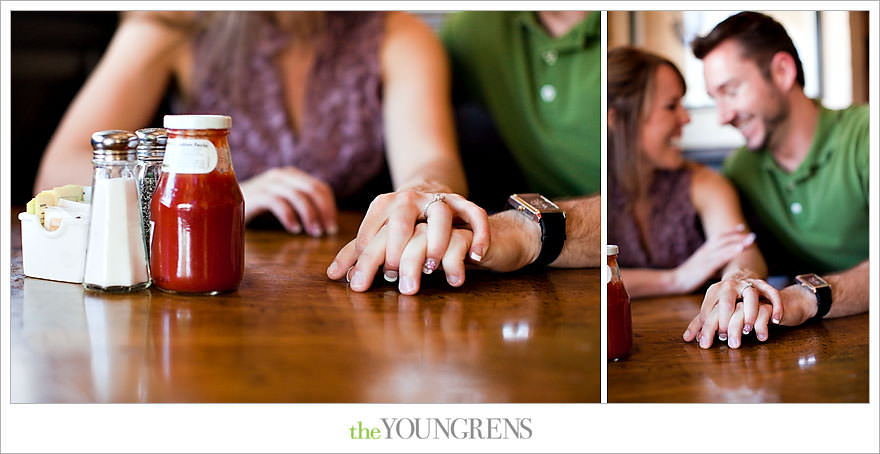 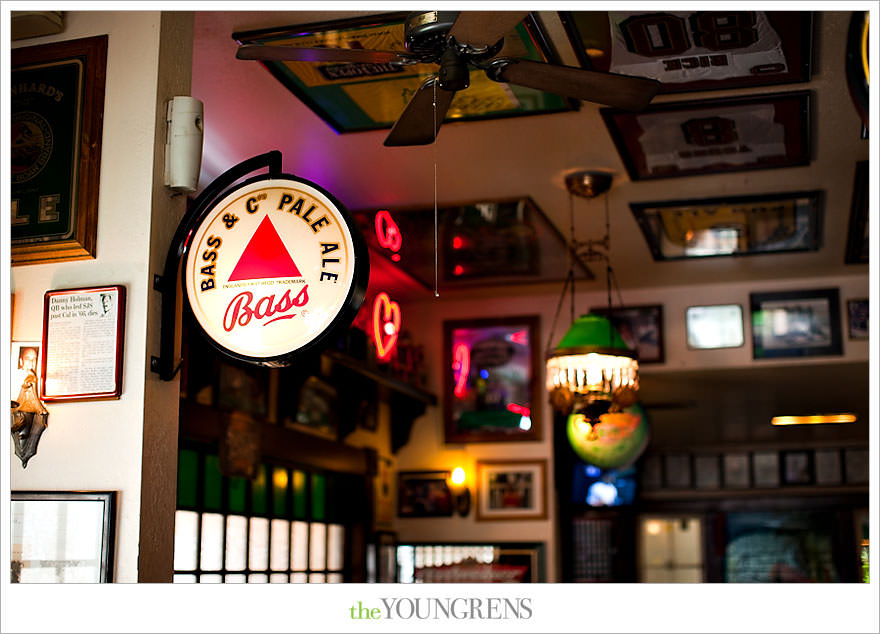 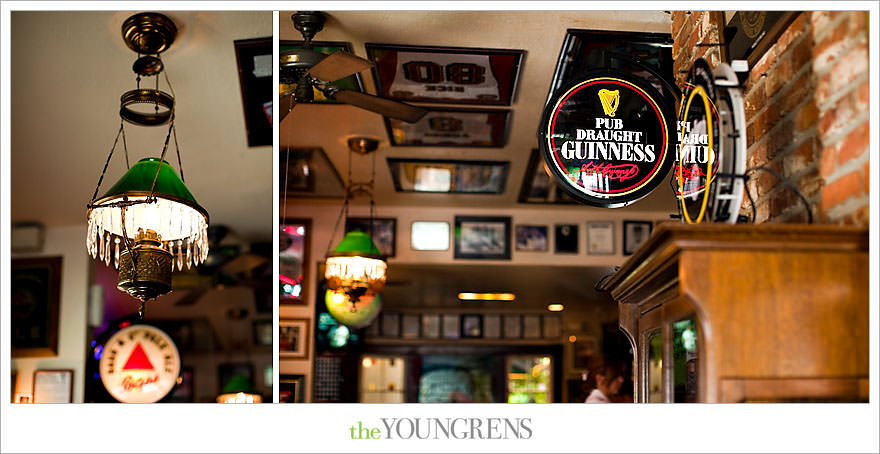 After hanging out on their first date, we brought out the aviators… oh yeeeeeaaaaah… 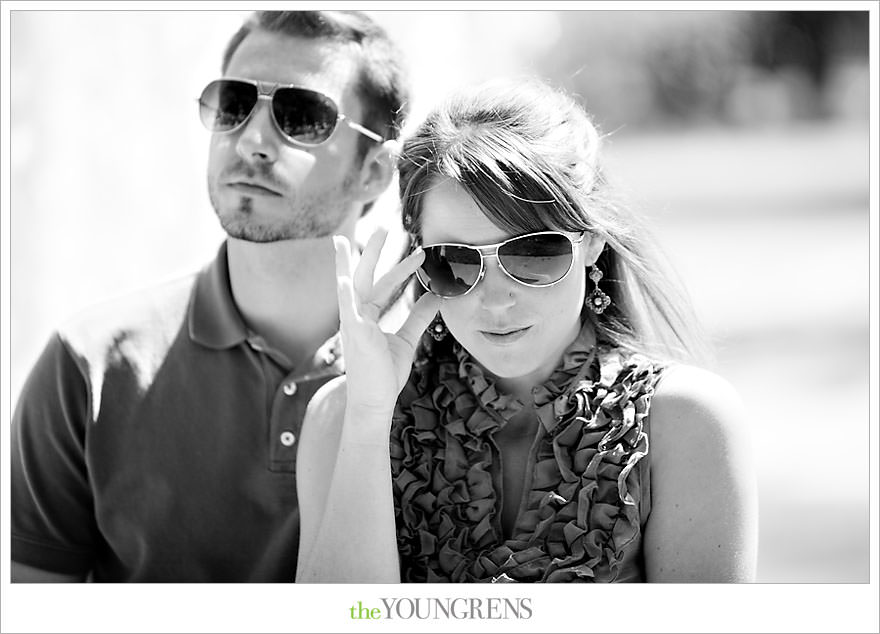 See that fountain behind them? Yeah, that’ll come into play in a second… 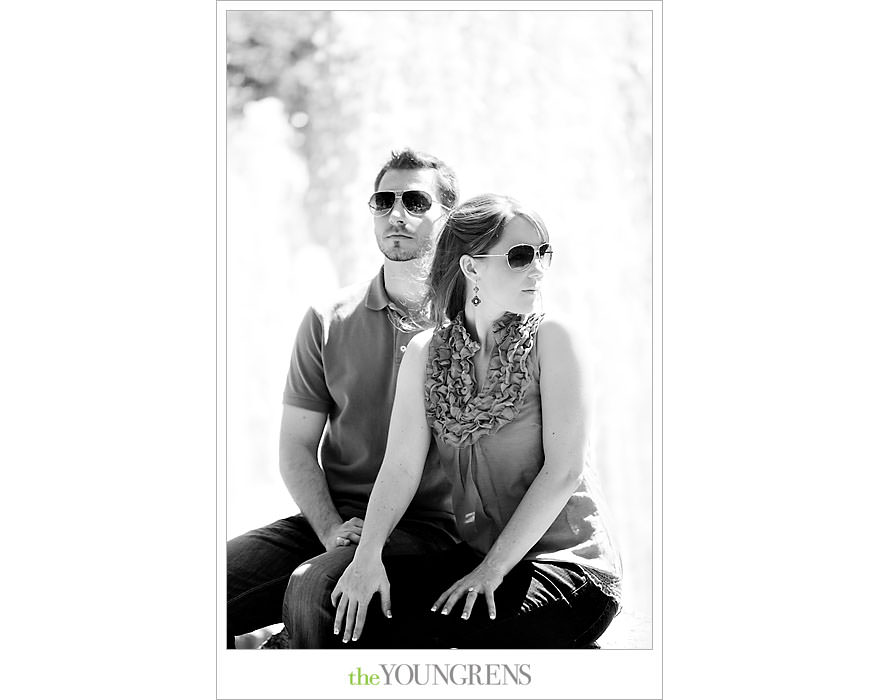 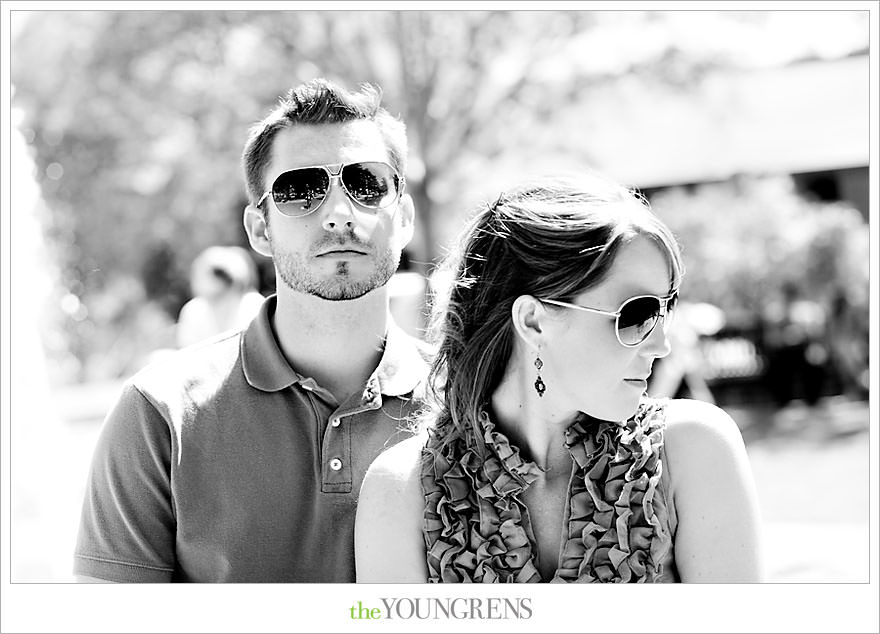 There’s a big cool fountain in the middle of Los Gatos, and these guys are just that awesome that they hopped right in! 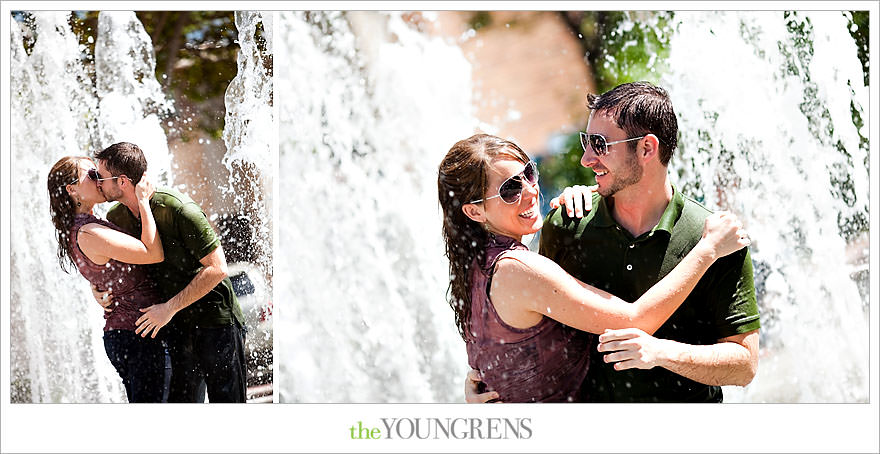 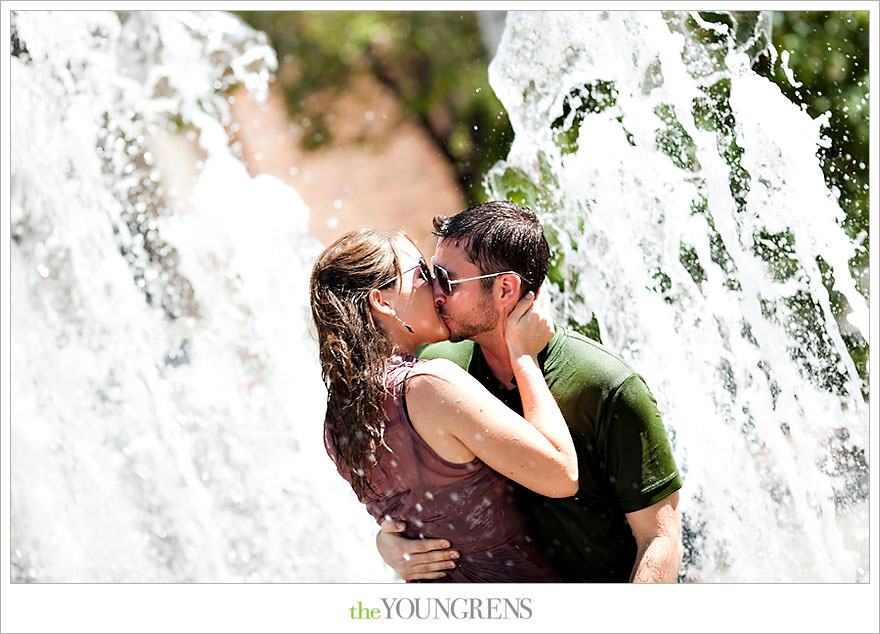 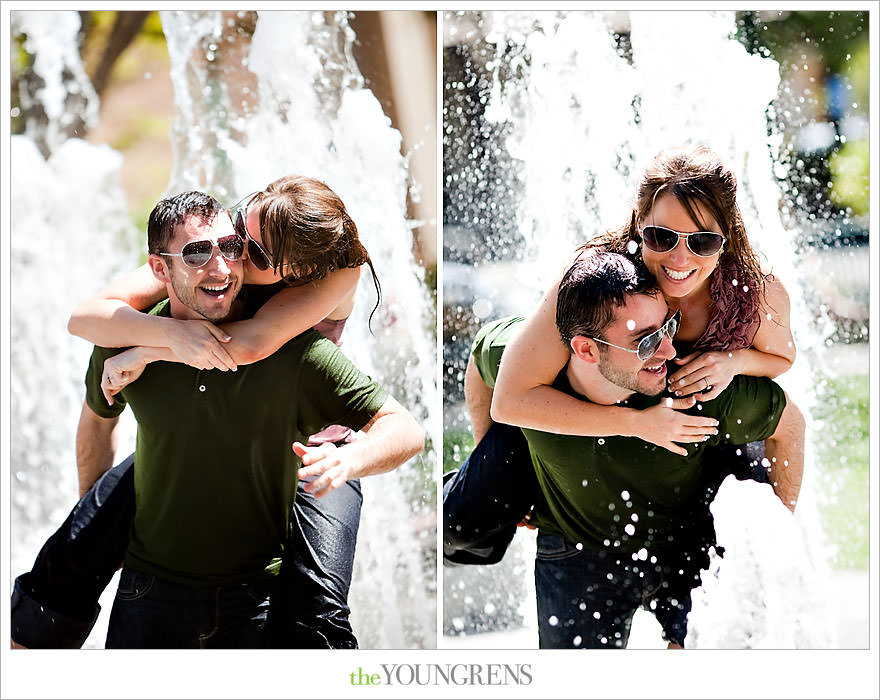 This one is totally my favorite! 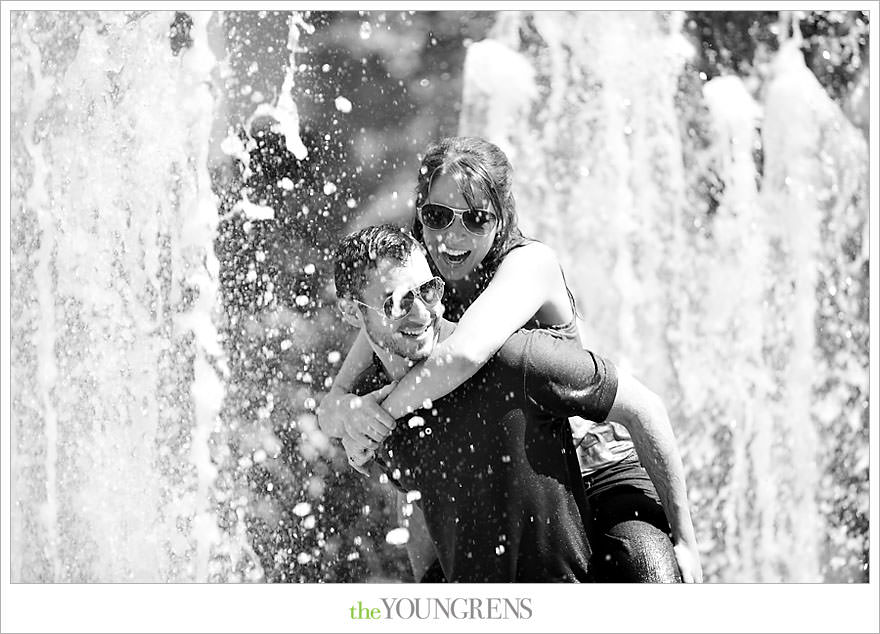 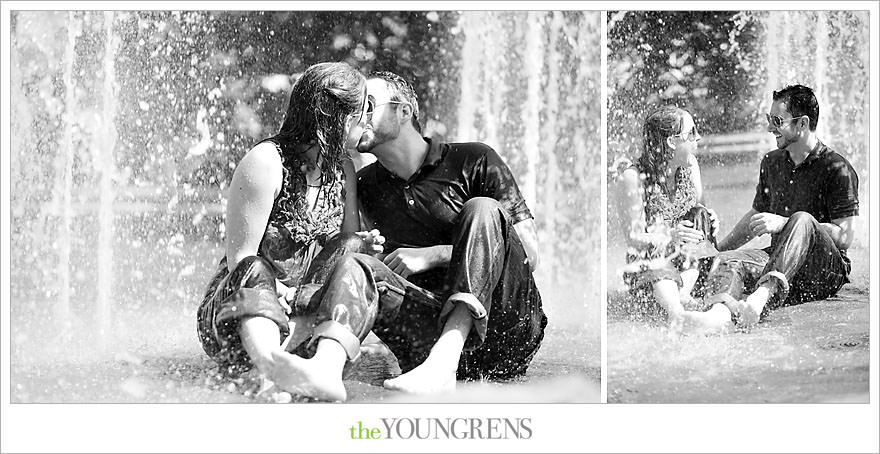 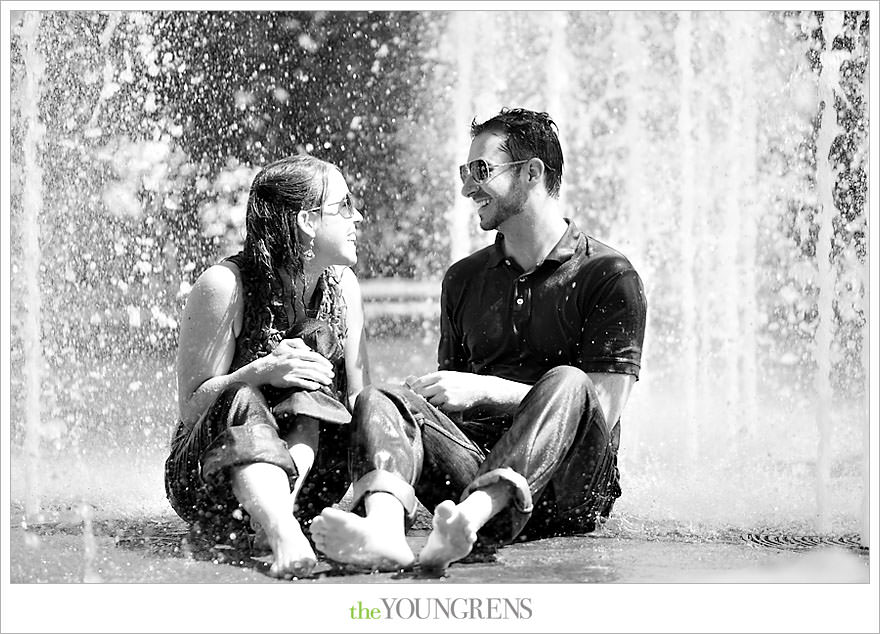 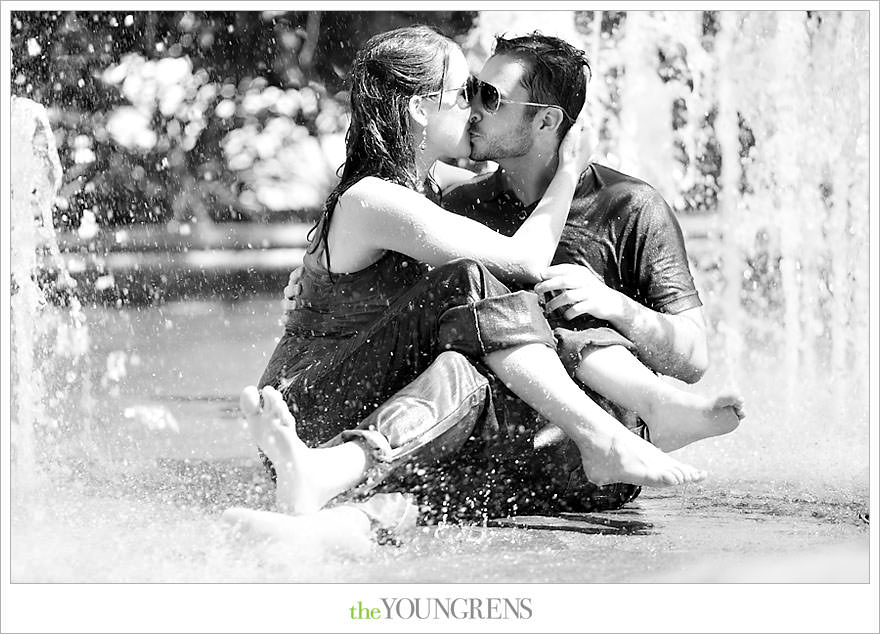 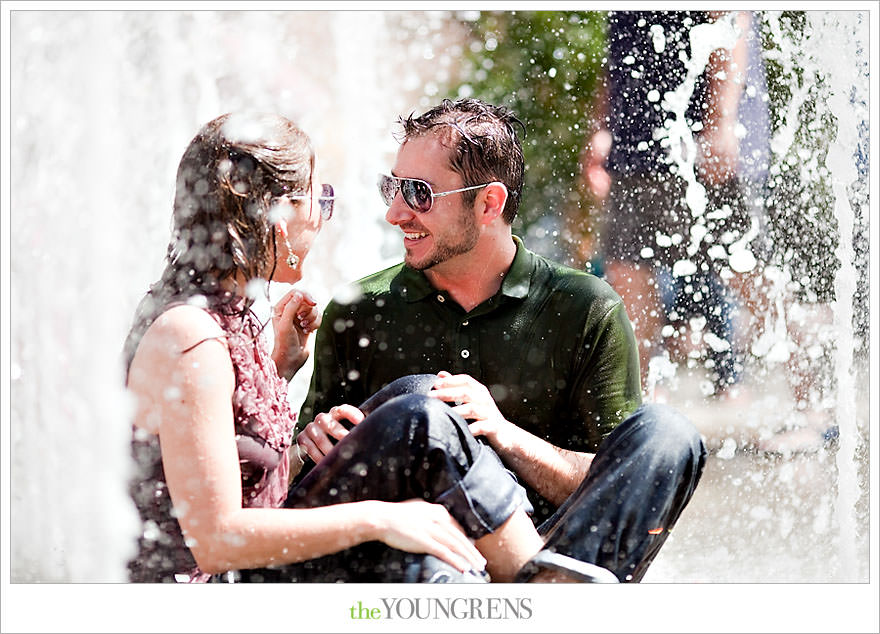 Keith and Janine: You guys rock our socks off! We had a BLAST hanging out with you in your stopping grounds. Don’t be surprised if we totally show up at your doorstep with some suitcases cuz we miss hanging out! Can’t wait for July!