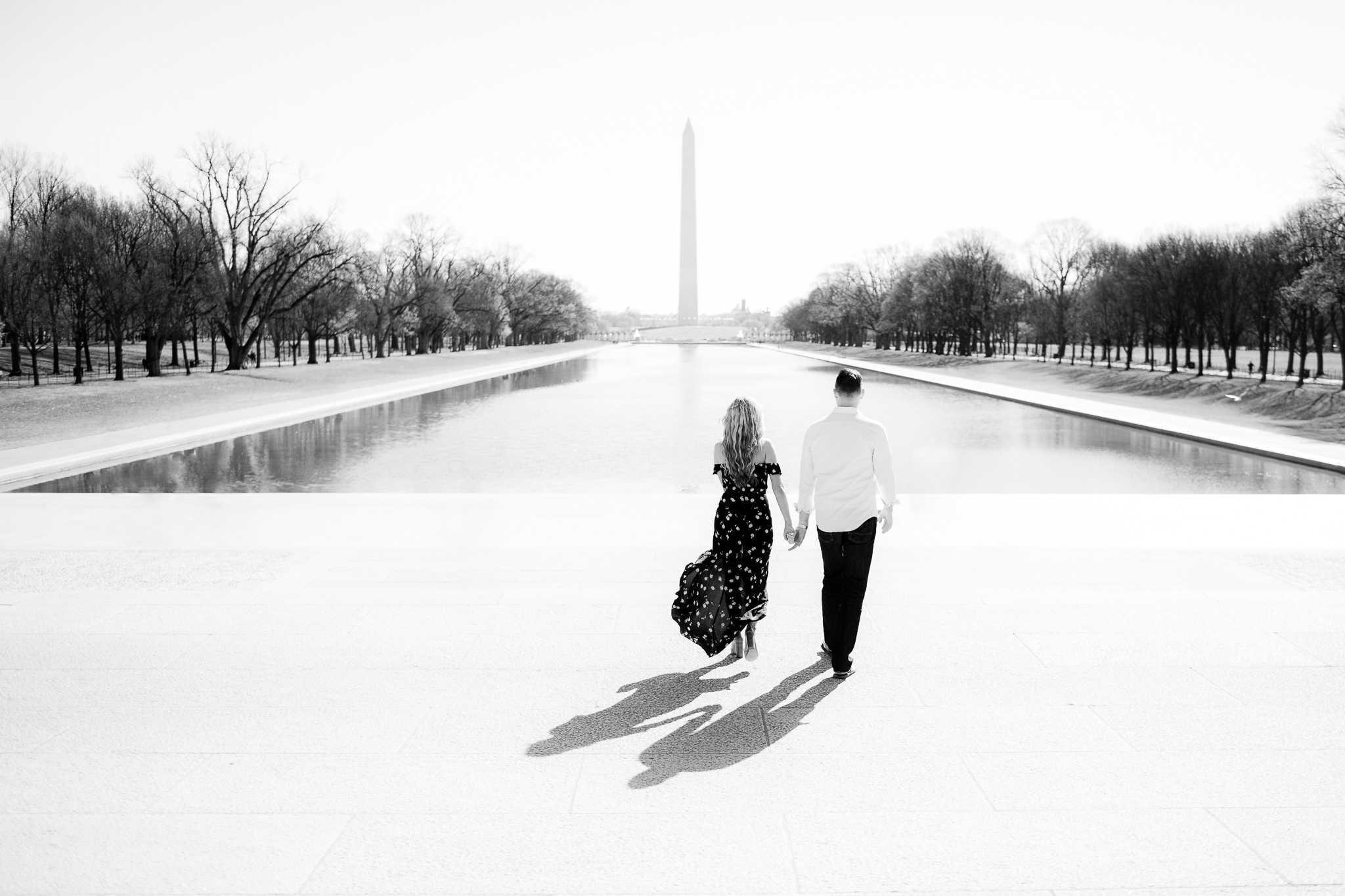 They were walking along the reflecting pool in Washington D.C. on their way to a Capital’s hockey game for her birthday, and the Washington Monument was glimmering below them in the clean, clear water while the early evening light melted away over the buildings around them. The scene around them was so picture perfect that Emily said, “Honestly, you could propose right now and I’d be a happy girl.”

So Christopher paused in front of the steps of Lincoln Memorial with the white columns rising above them, he got down on one knee, and he pulled out the ring that he had been carrying in his pocket the entire evening.

Christopher and Emily live in Baltimore and this is where they have built their love together, so we flew out to their neck of the woods to photograph them in the streets of Fells Point. We were so excited to be shooting on the East Coast in my FAVORITE part of the U.S., that we spent the first day in Baltimore and then drove into Washington D.C. for – wait for it – the blooming cherry blossoms the next day!!