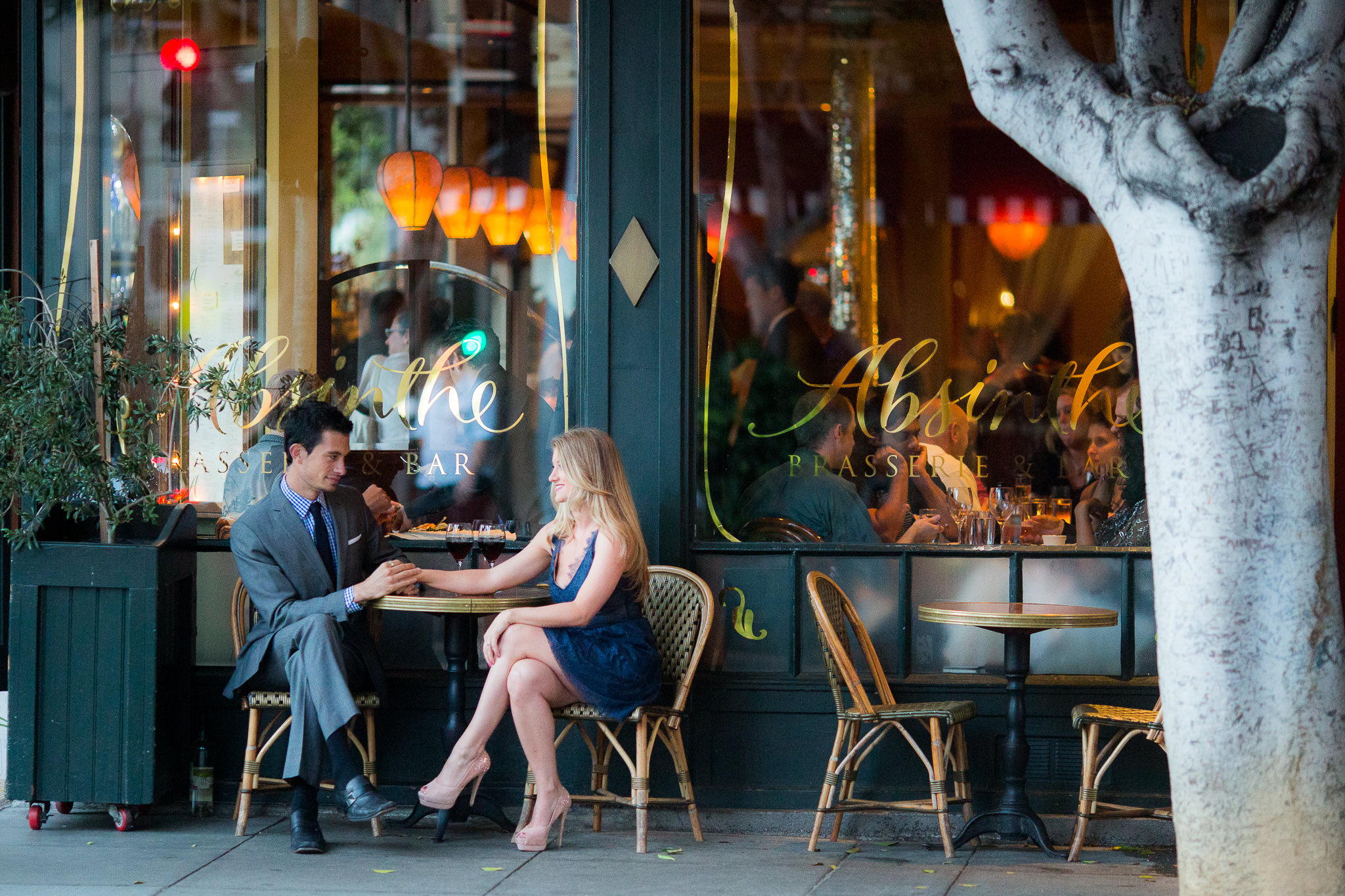 Tim and Trish decided to relive that crazy romantic first date for their San Francisco engagement session by shooting at the french restaurant at which they dined, Absinthe, and the pier to which Tim brought Trish for a walk under the stars. We began at the pier and I’m not kidding when I say that these two have some serious style!