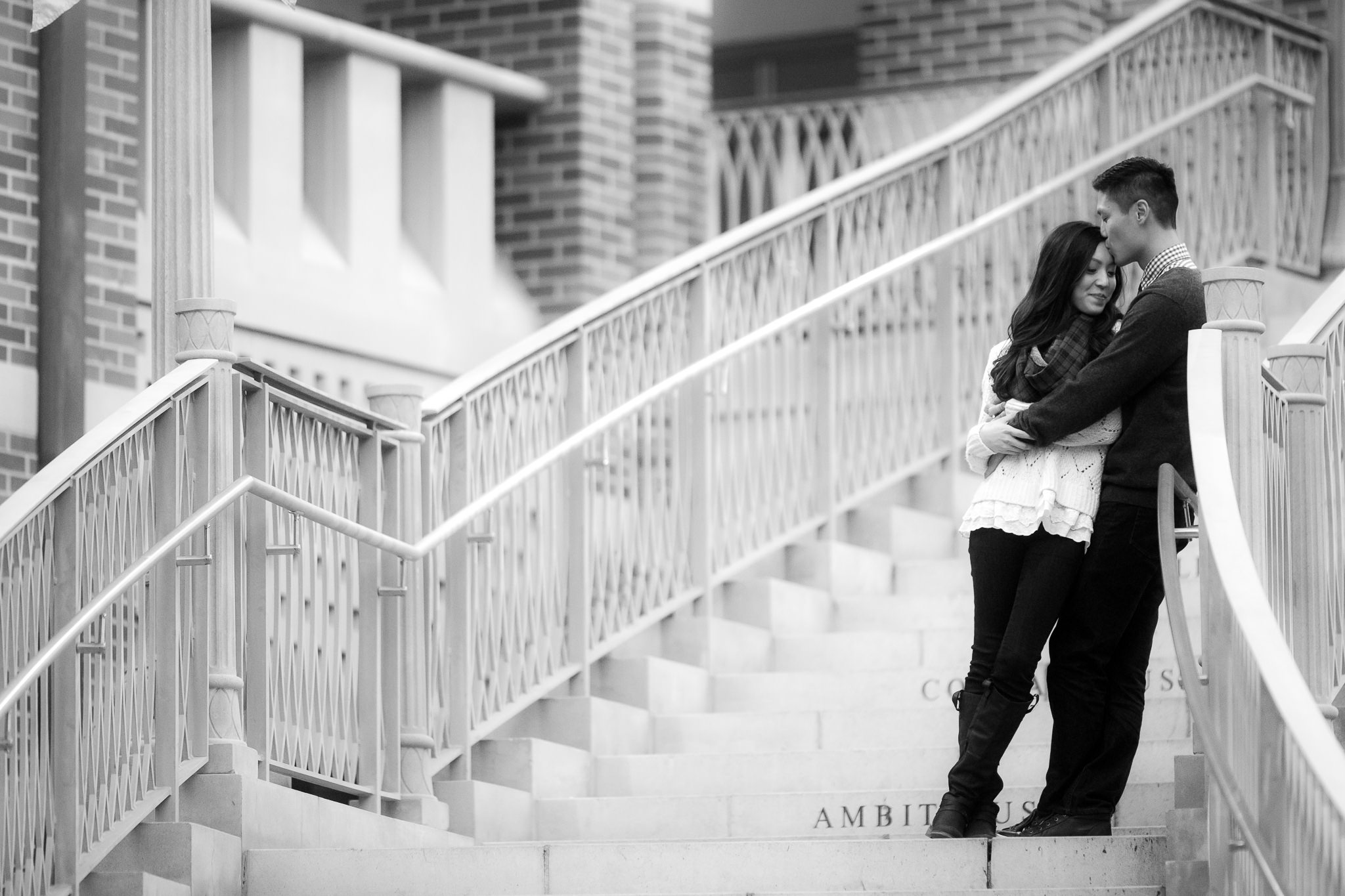 Ron thought everything was going awesome with Prudence and that she was totally into him. She, however, didn’t have the heart to tell him that it was all just one big coincidence. First, Prudence had considered asking Ron to a dinner/dance for her sorority at USC, but learned that someone else was already taking him. No biggie.

The message came to Ron, however, that she had reallyreallyreally wanted to ask him and was totally disappointed that he was already taken. This piqued his interest of course, so at his first opportunity, Ron asked Prudence to a Dodgers game for their first date. Before they met up, though, Prudence had been out with her girlfriends and was all dressed up, so when she arrived looking beautiful and dapper, Ron thought it was for him. In Ron’s mind, things were going awe(to the)some.

So Ron asked Prudence on a second date, and the day that he asked her happened to be his birthday. Prudence didn’t have the heart to tell Ron ‘no’ on his birthday, so she said yes. Another win for Ron. It wouldn’t be until they’re third date that they finally connected. All of the awkwardness, coincidence, and misunderstandings finally brought them together. They began liking each other – truly – and it didn’t take long for them to fall deeply in love.

I died laughing when Ron and Prudence first told me the story of how they started dating. I mean, I thought Jeff and I had an awkward love story, but this was definitely a new one. But I must say that sometimes the more awkward the coming together, the better the ‘together’ becomes.

We joined Ron and Prudence in Los Angeles for their engagement session, and started along the streets of downtown before heading over to the scene of their love story – USC.