“Thanks, but no thanks.” Those were some of the first words that Sarah said to Chris. Of course, she had no idea that in just a short amount of time, she would be falling deeply in love with him.

It was a labor of love (quite honestly) for Chris when he first decided to pursue the gorgeous Sarah. She had caught his eye and a bit of his heart – both her smile and her character were beautiful to him. She seemed wise, upbeat, and funny, so he knew he had to take a chance.

His first move took place when Sarah was chatting with a friend about needing to buy a car. Chris chimed in and said that he was selling his. This was when Sarah said those fateful first words – “Thanks, but no thanks.” Then Sarah turned and walked away.

Next, Chris secretly bought her a drink while they were at dinner with a large group of friends. The server told Sarah when he delivered the drink that a guy at the bar had sent it her way. Chris wouldn’t tell Sarah it was actually him until much later.

Finally, Chris decided to get a facial.

He made an appointment at Sarah’s cosmetology office and specifically asked for an appointment with her. This was when Sarah realized that something was up. Why would a boy from her church group sign up for a facial? During the appointment, they talked about life, God, passions, disappointments, stories, and hopes. When Chris asked her to dinner at the end of the appointment, instead of another “thanks, but no thanks,”  Sarah would say ‘yes.’ It would be the first of many important ‘yesses’ that she would say to this charming, kind, and dedicated boy.

Chris and Sarah are the kind of couple that just may explode from cuteness. Seriously. These two are really sentimental, so we went to the scene of their first date for their engagement session, Sally’s Seafood on the Water at the Manchester Grand Hyatt in downtown San Diego. It was adorable hearing them relive their first date while munching on dessert and sipping wine. It was perfect! 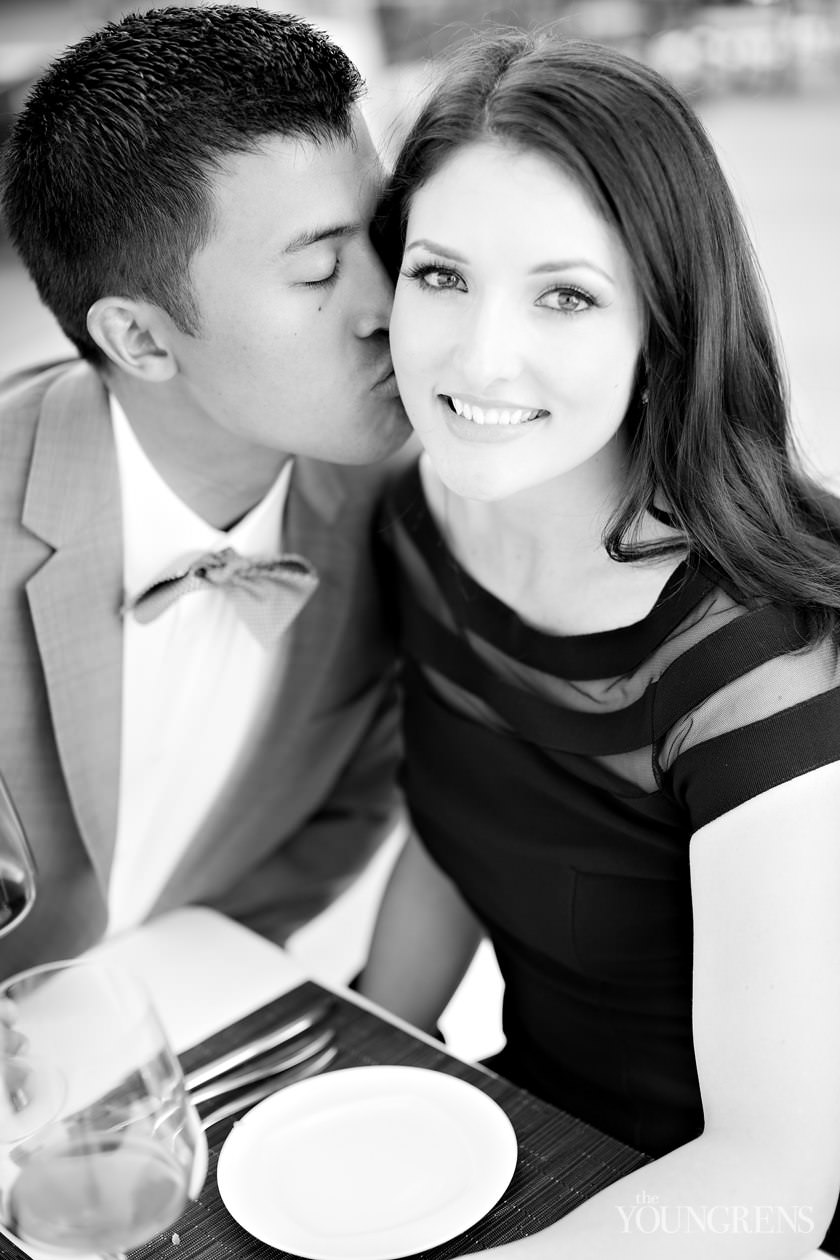 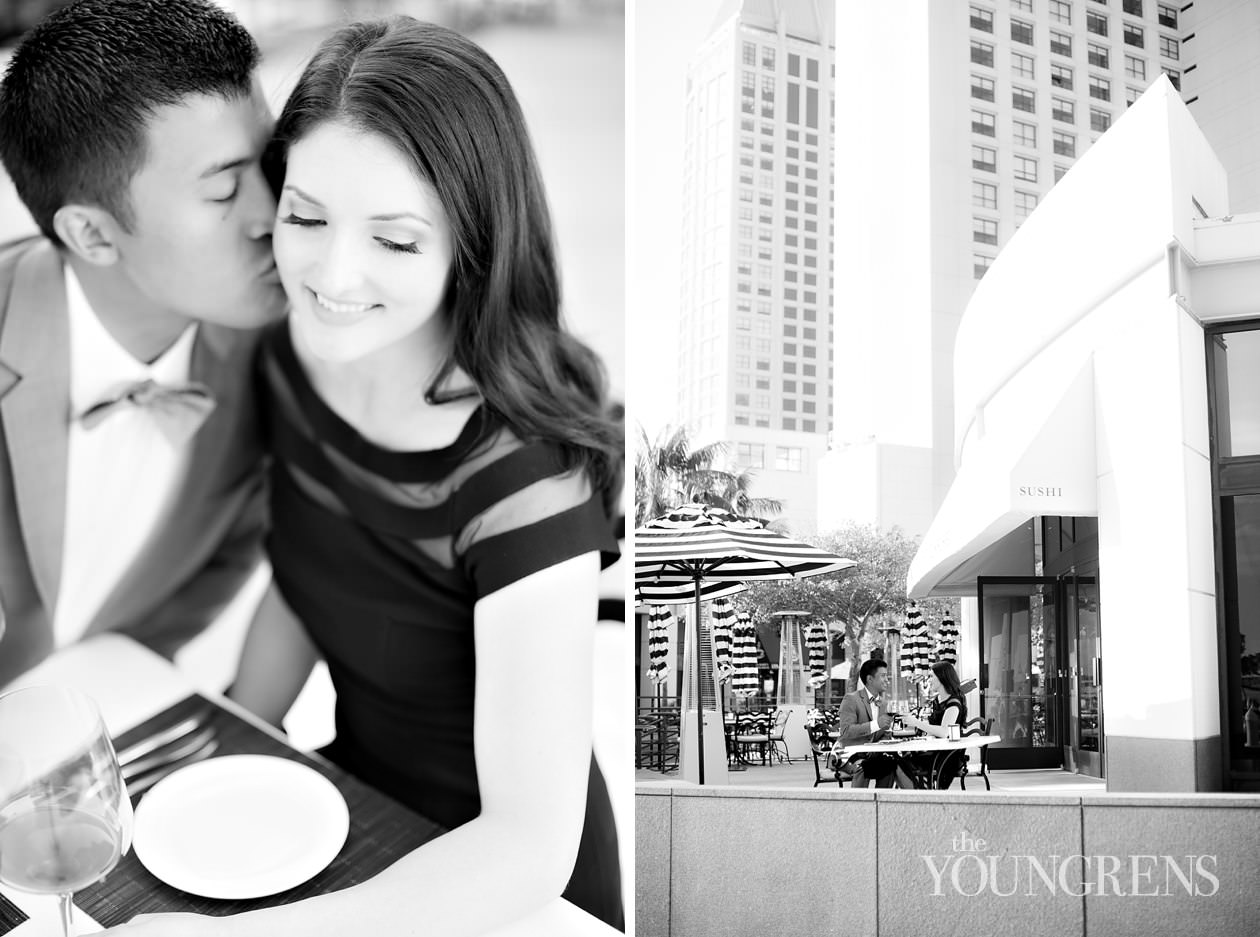 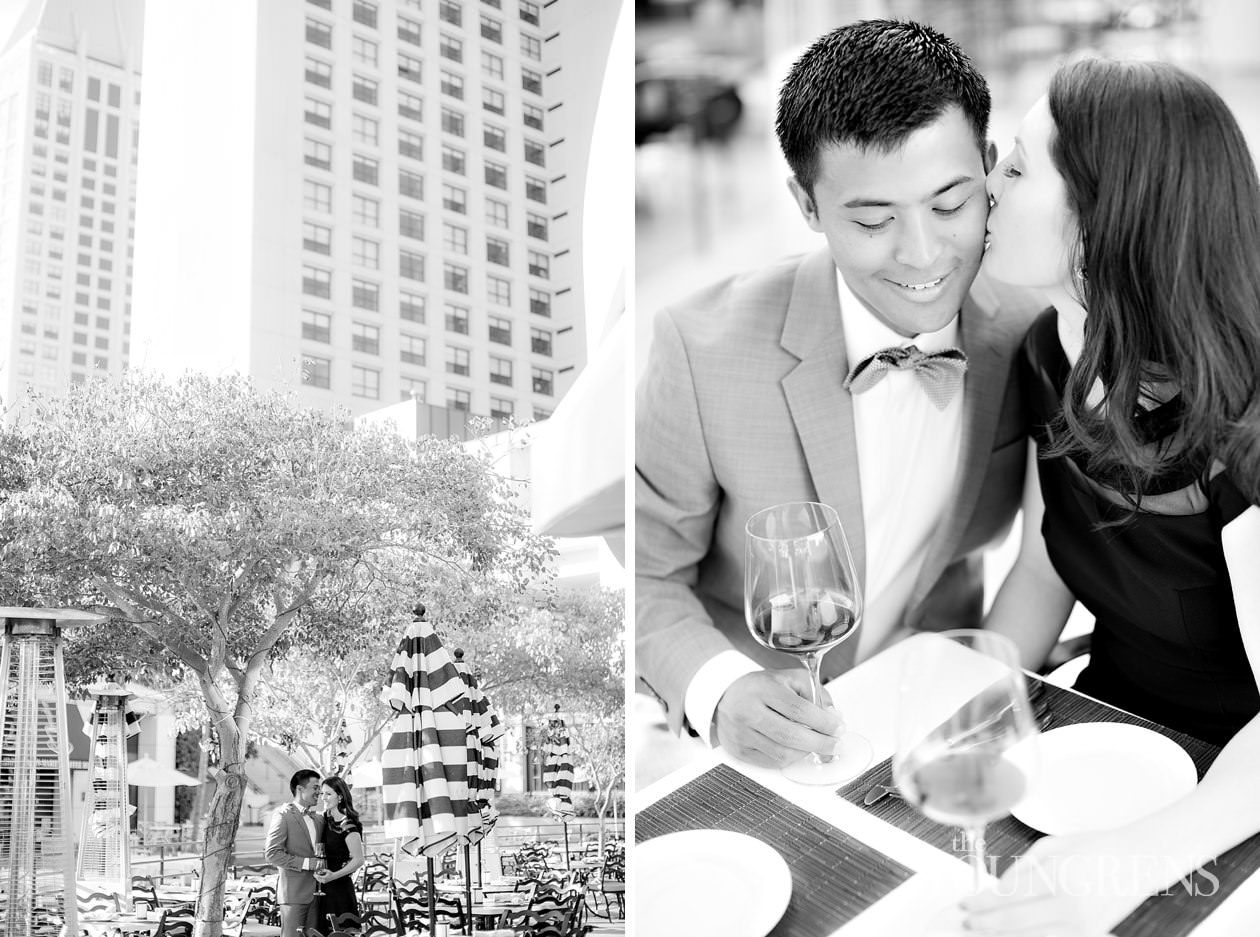 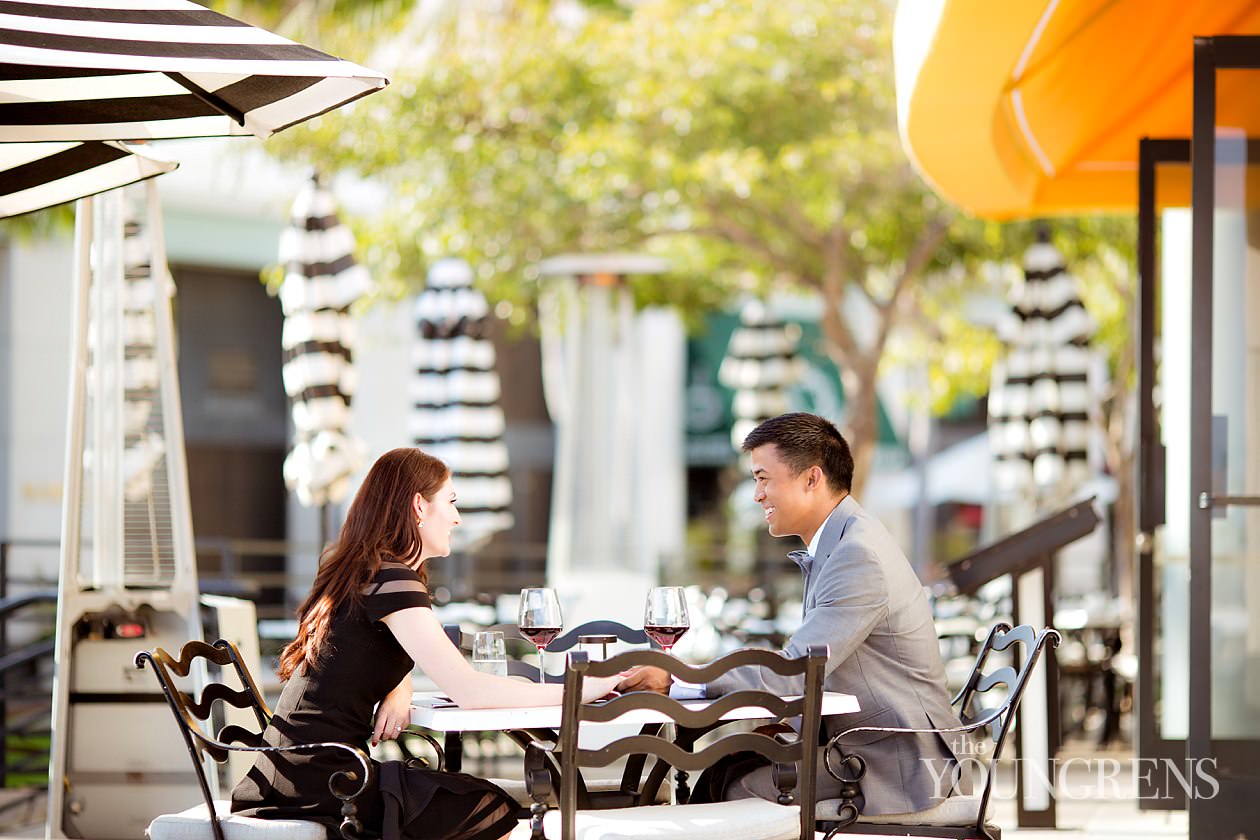 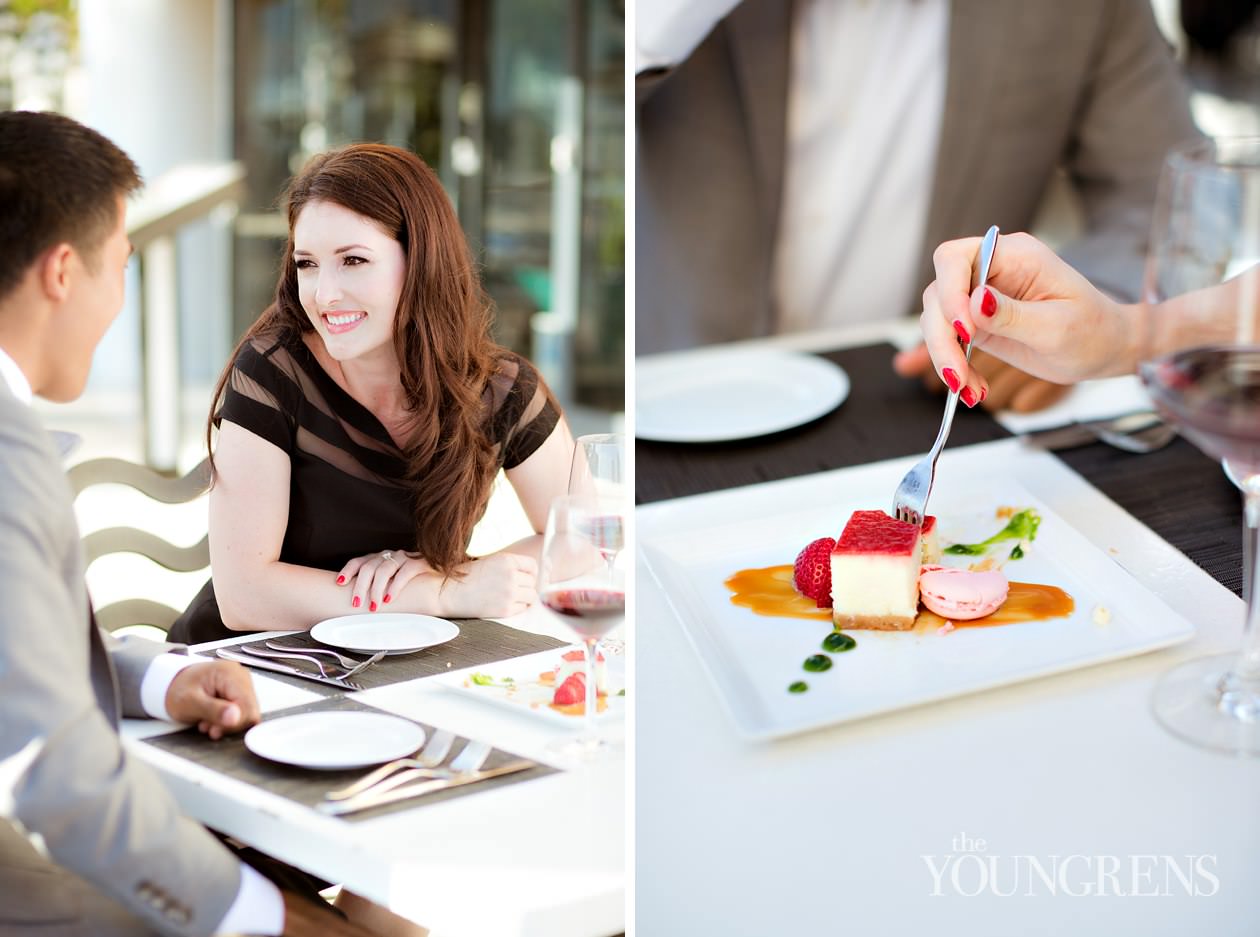 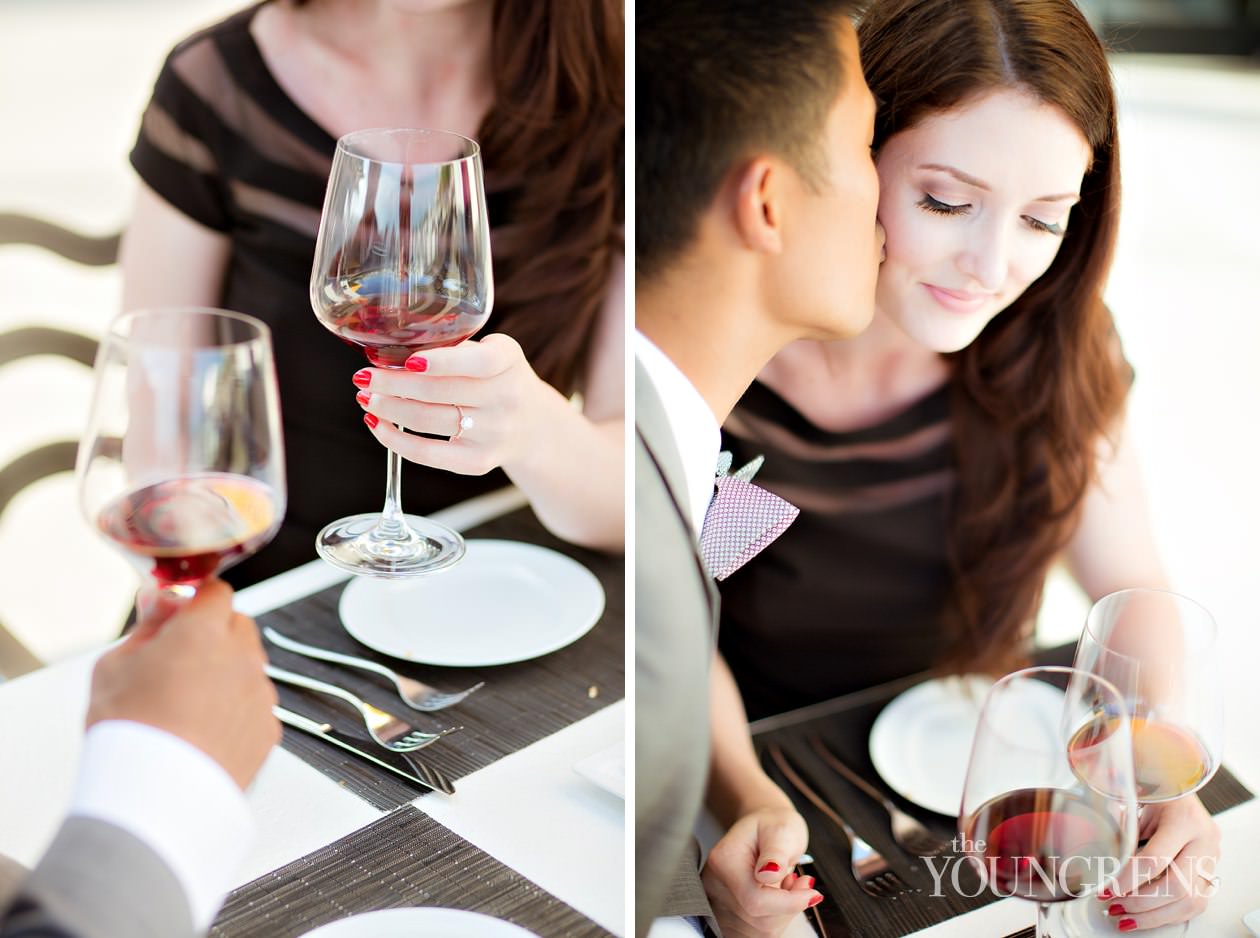 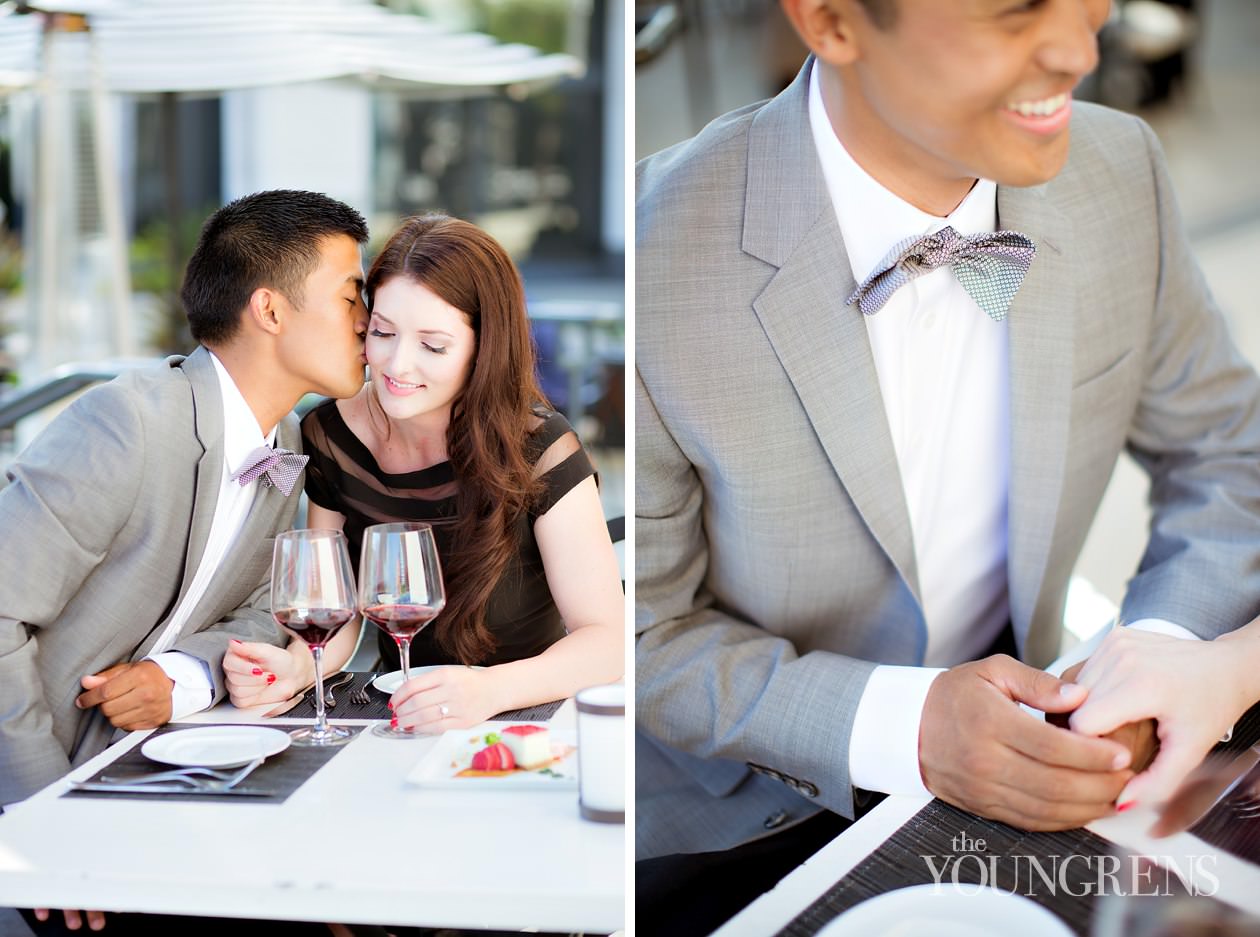 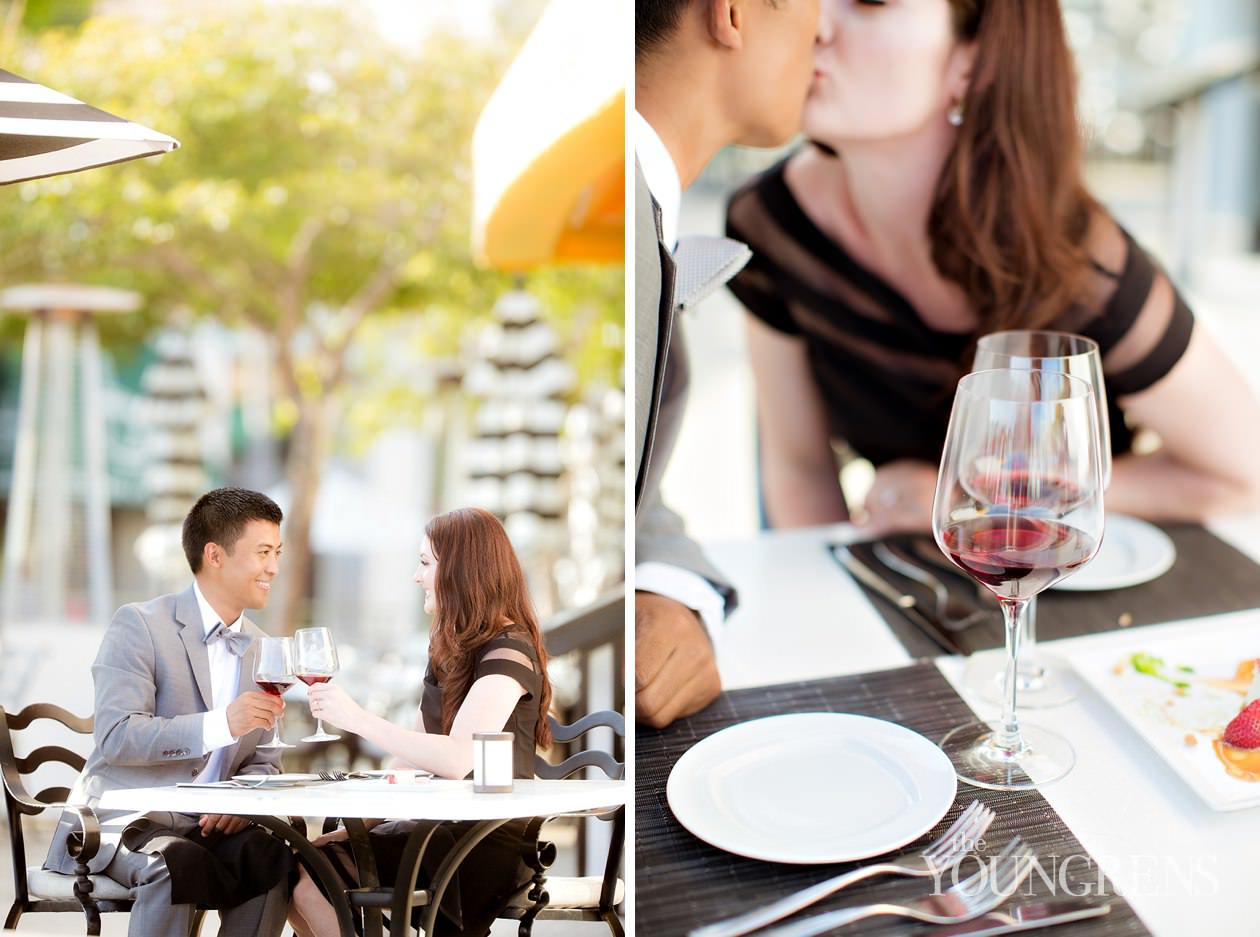 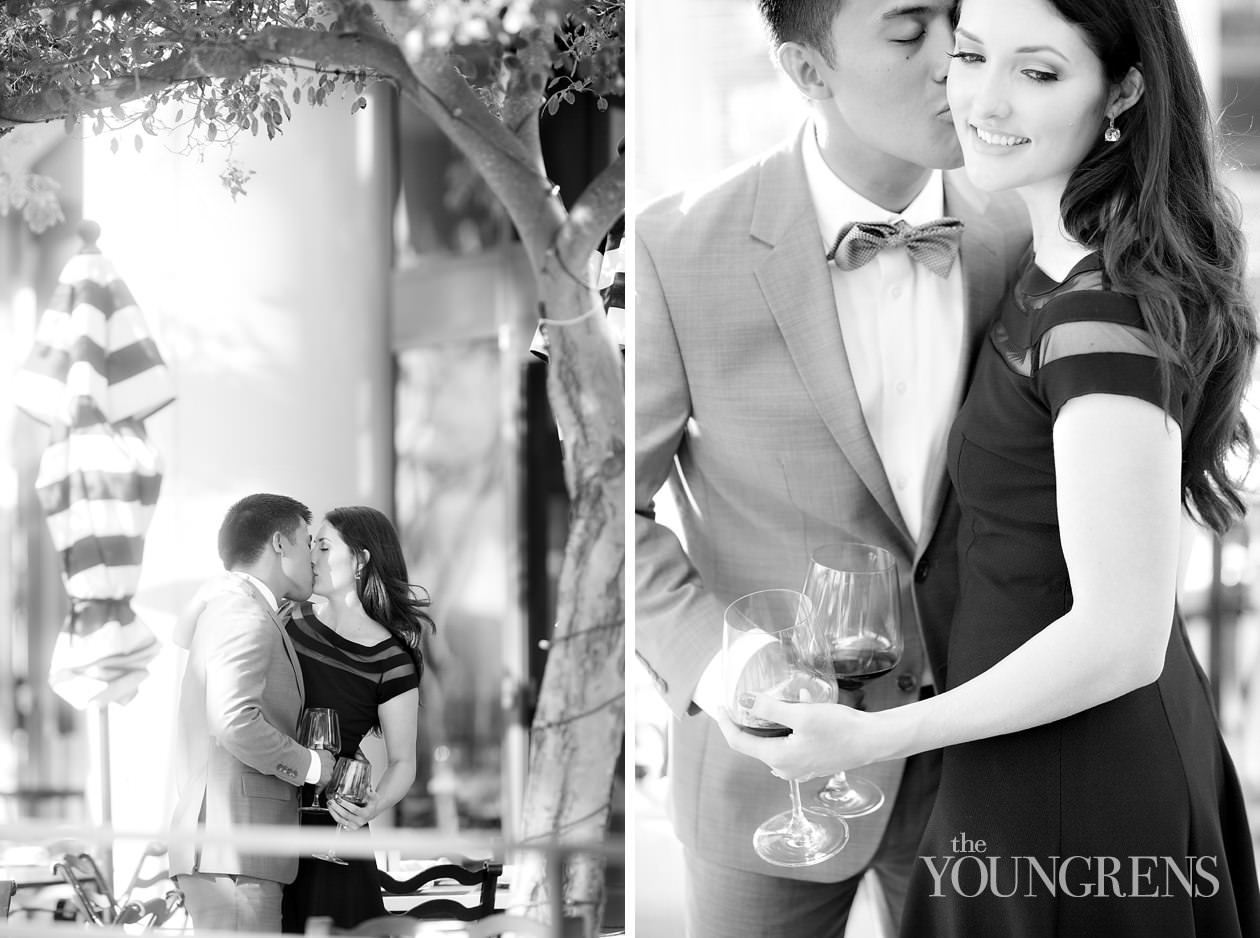 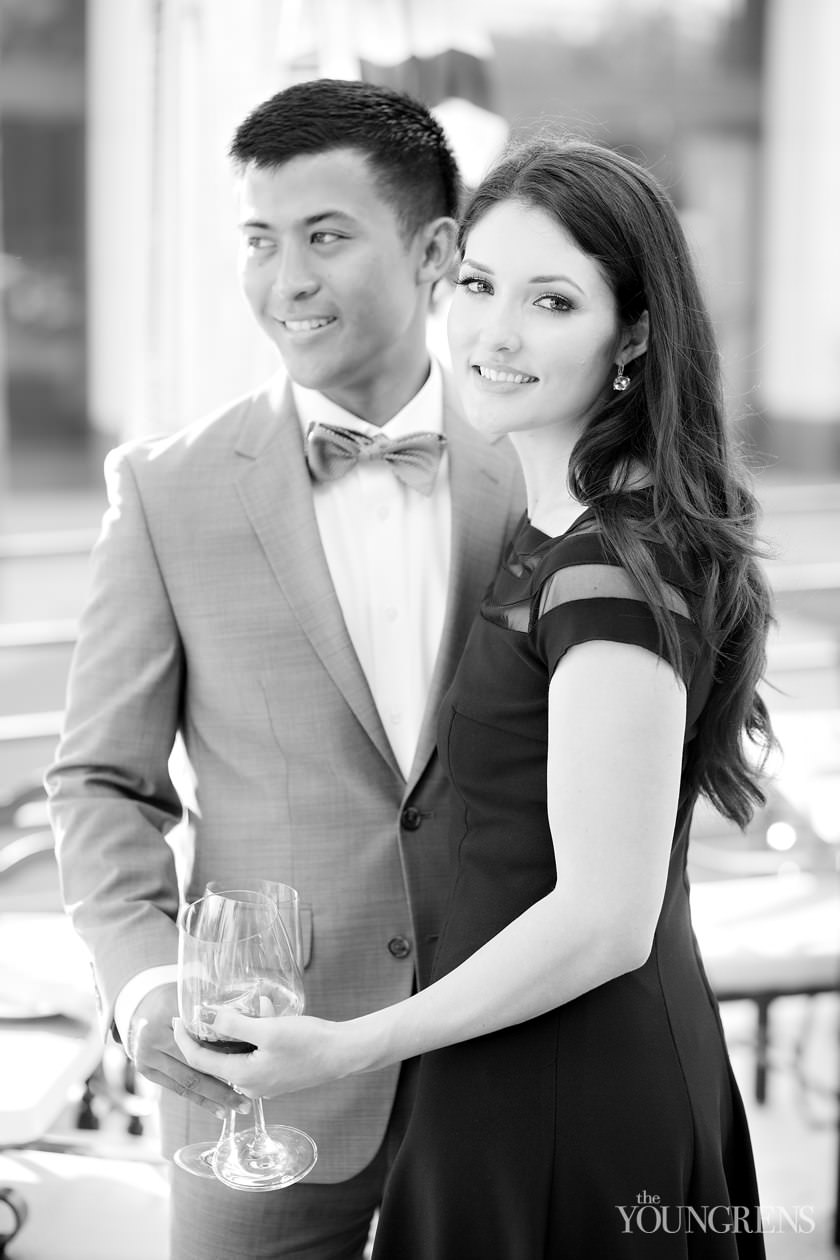 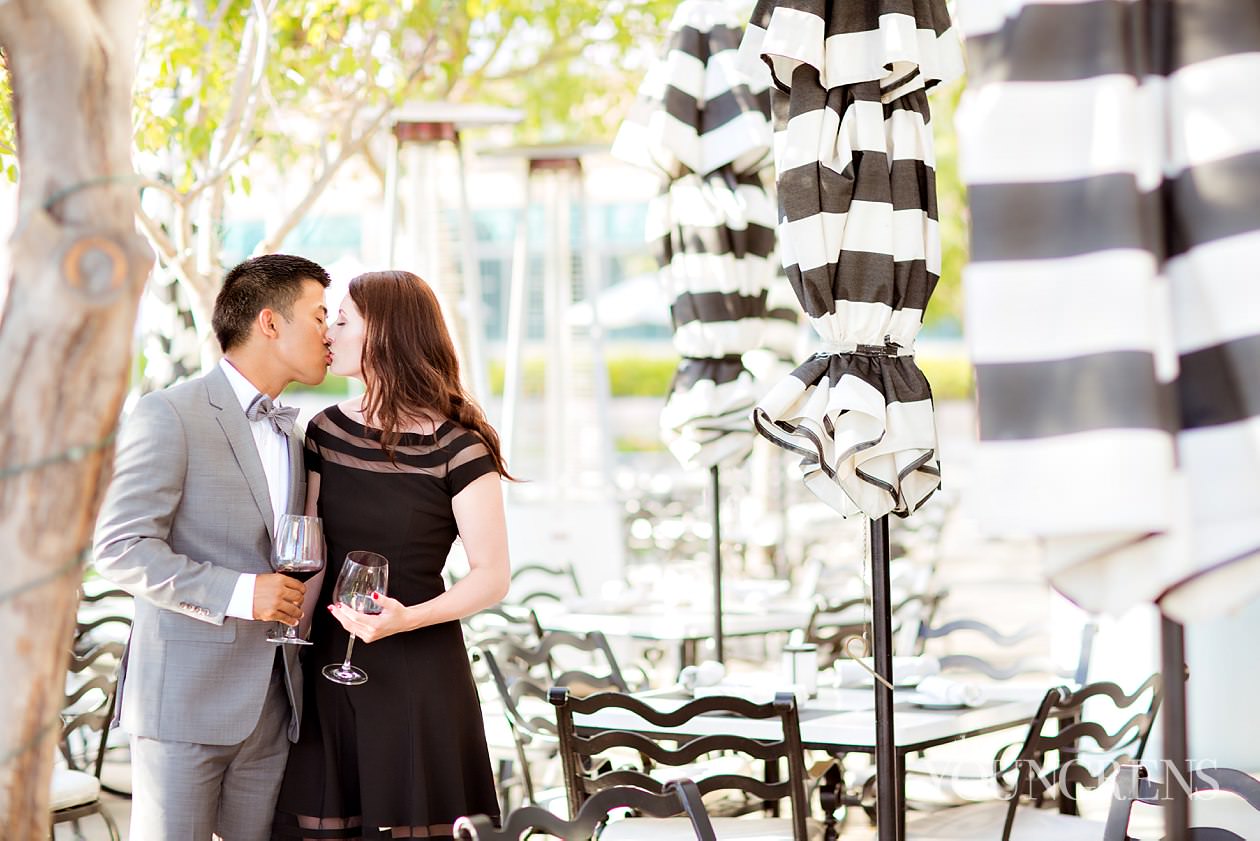 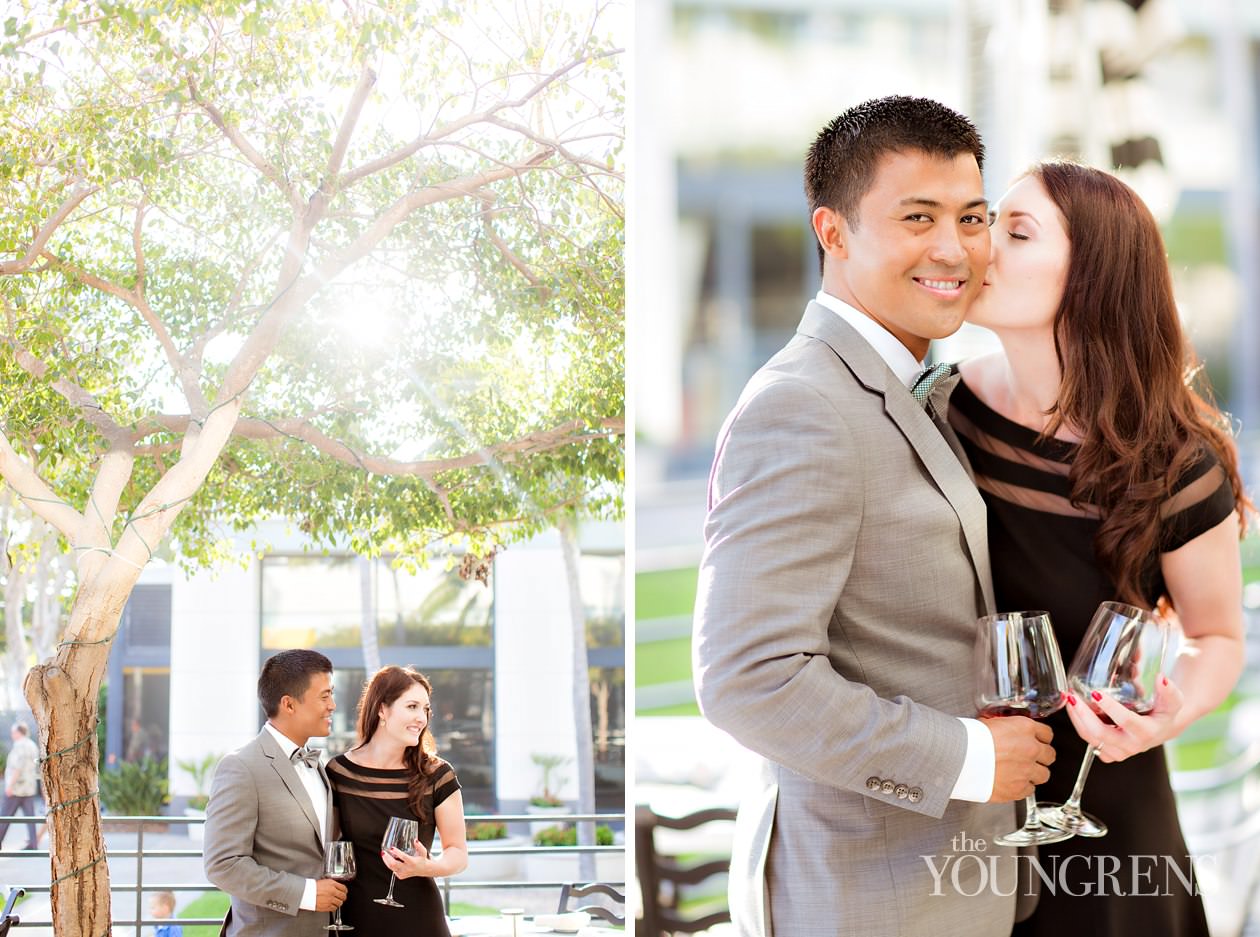 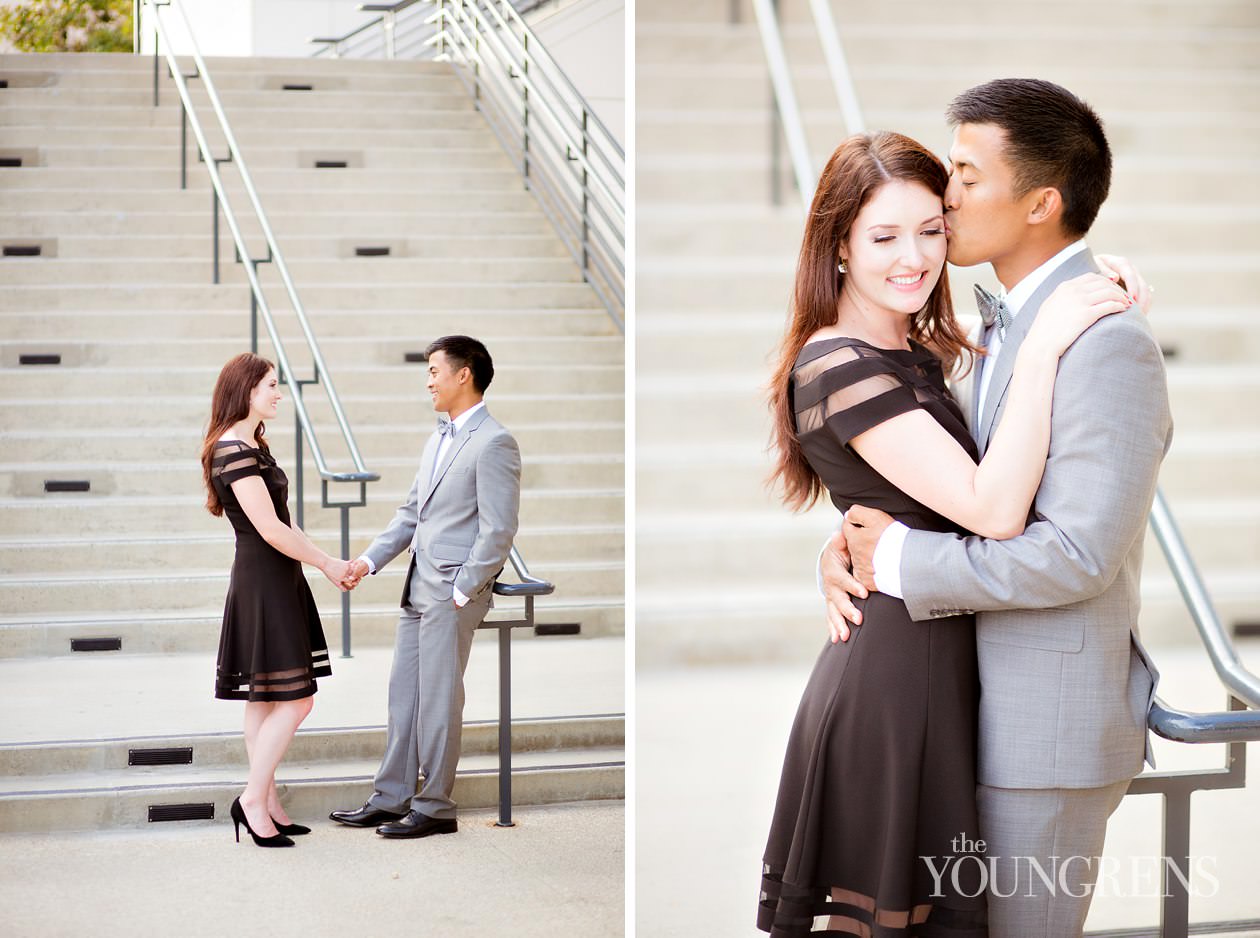 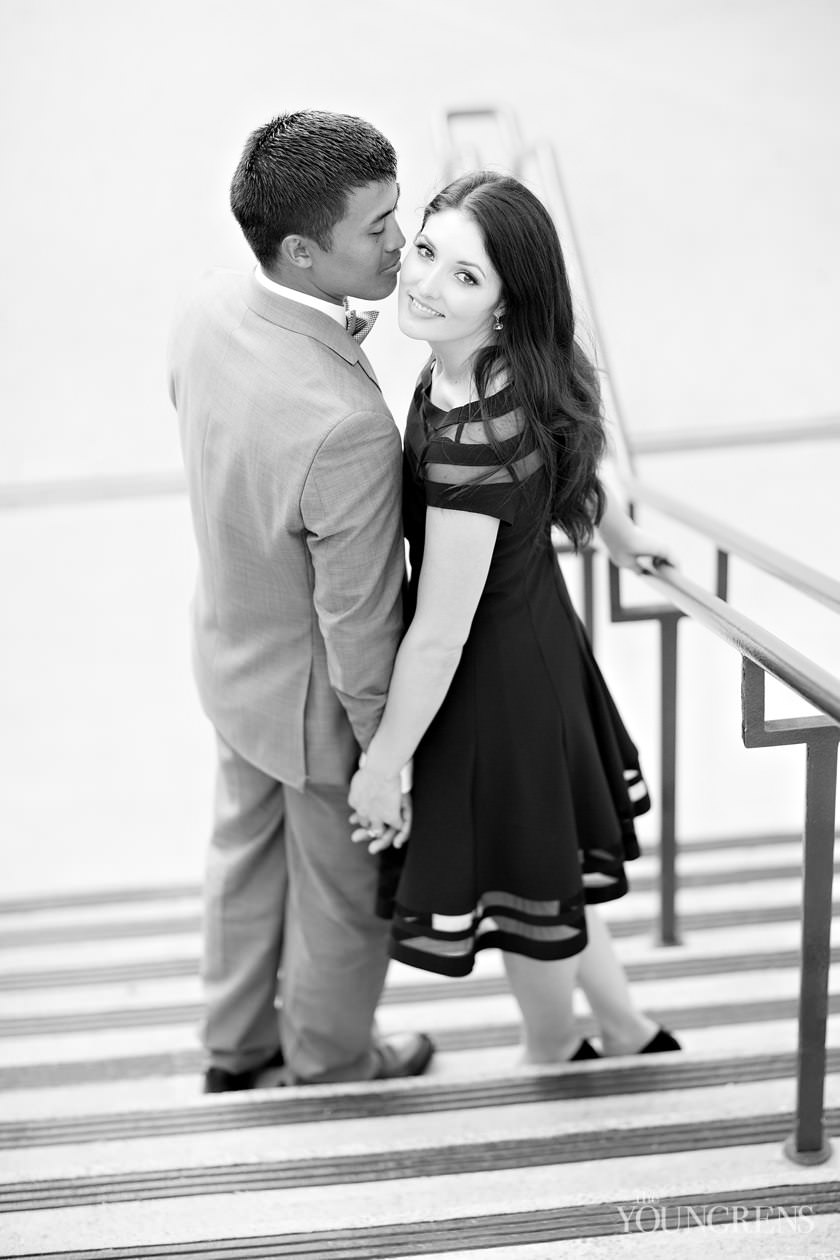 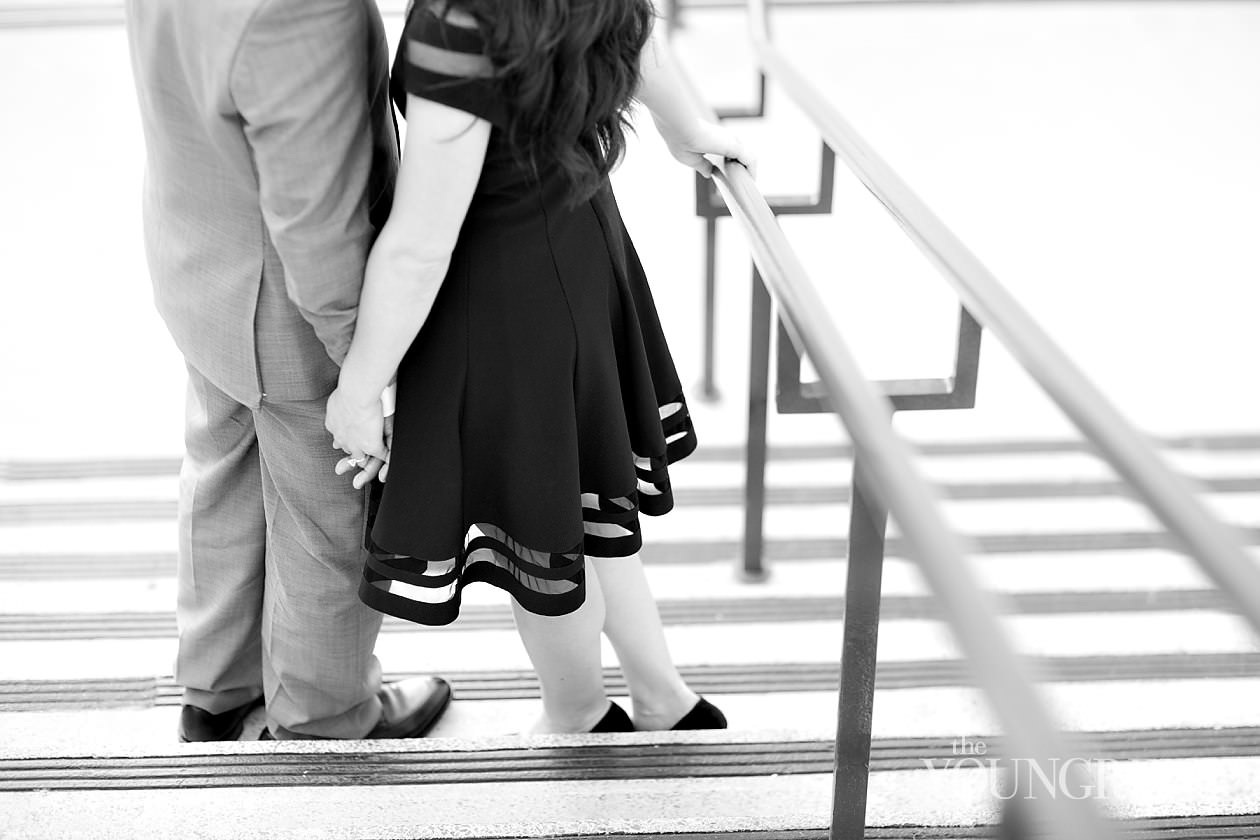 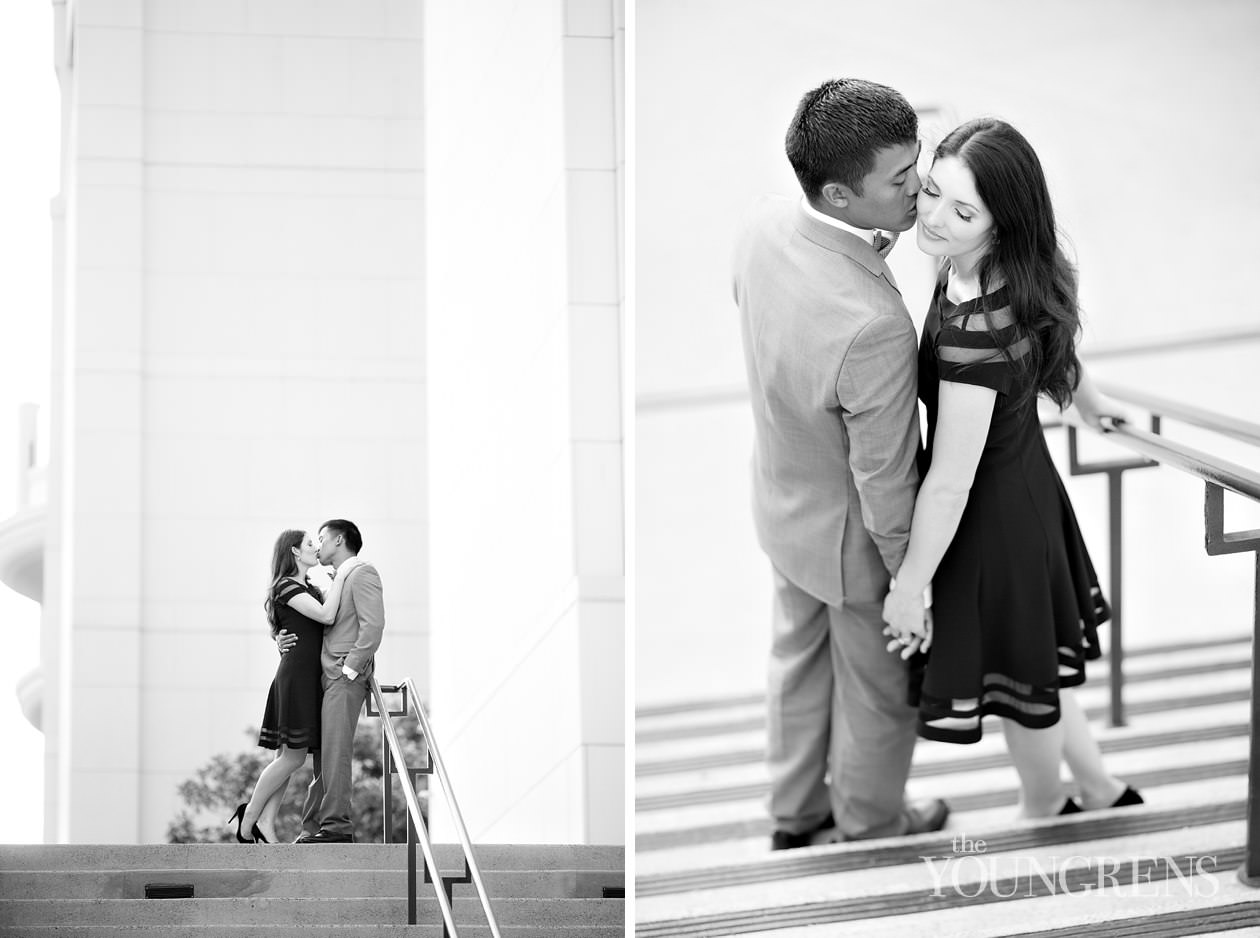 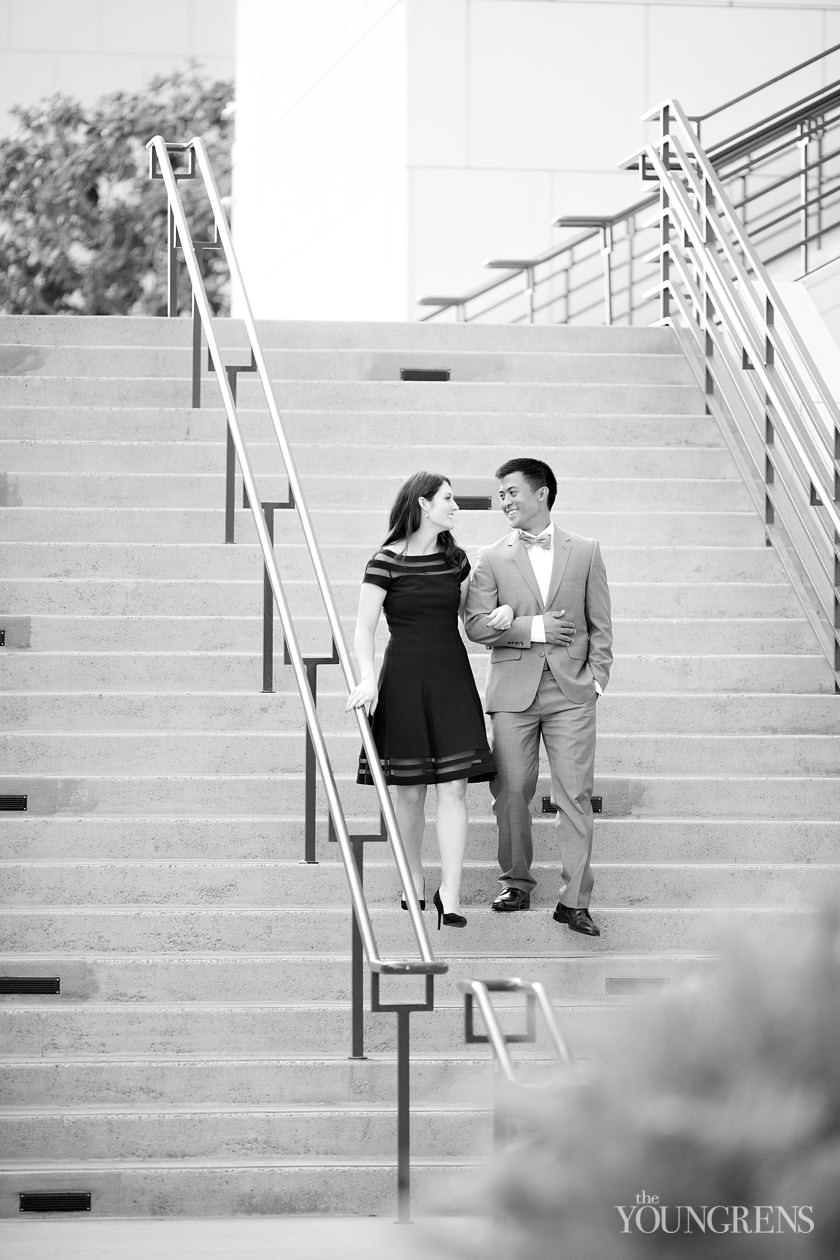 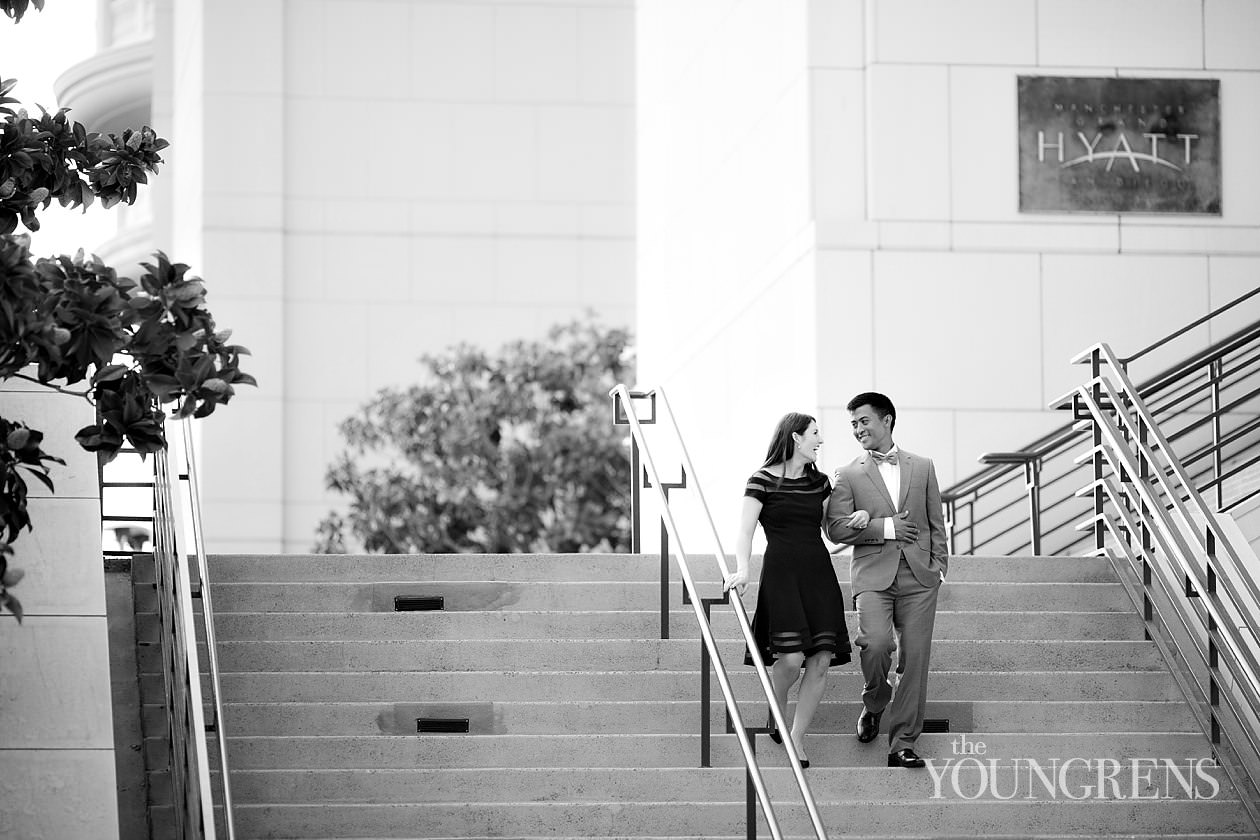 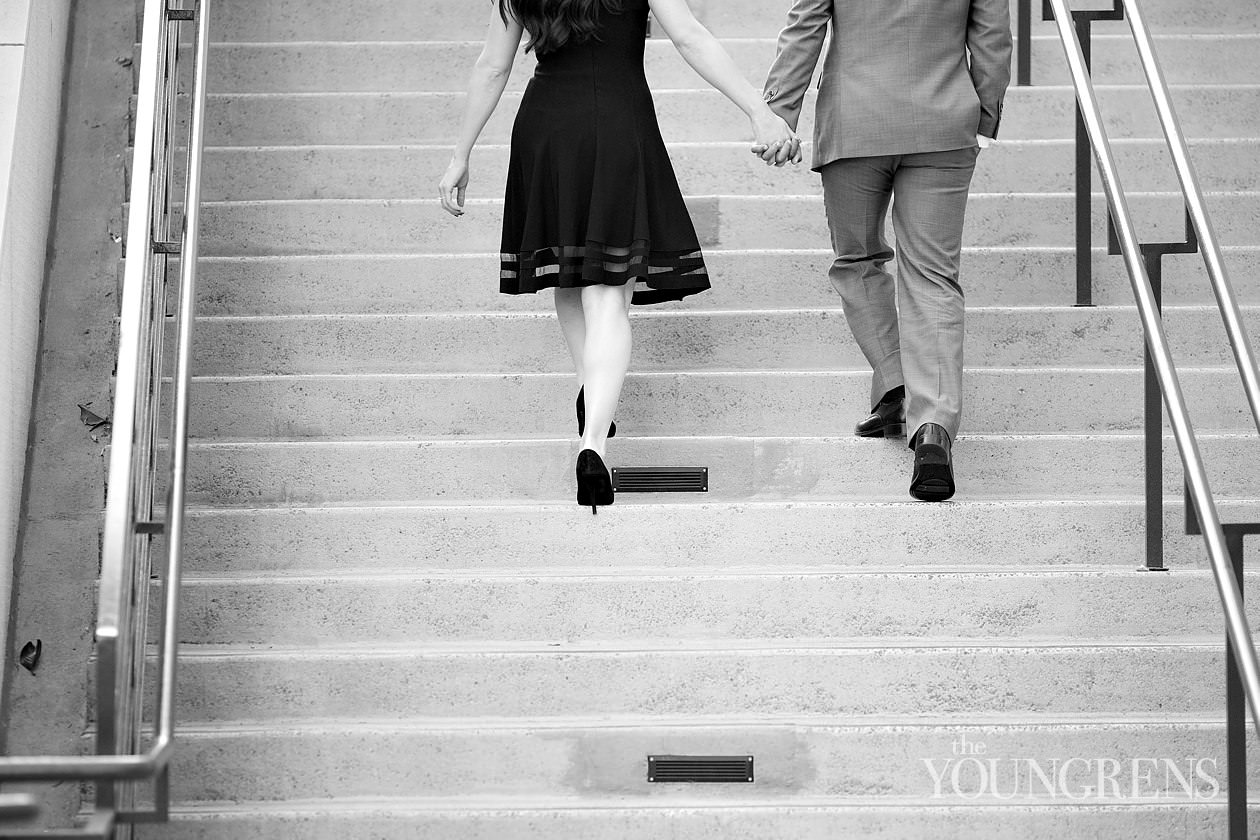 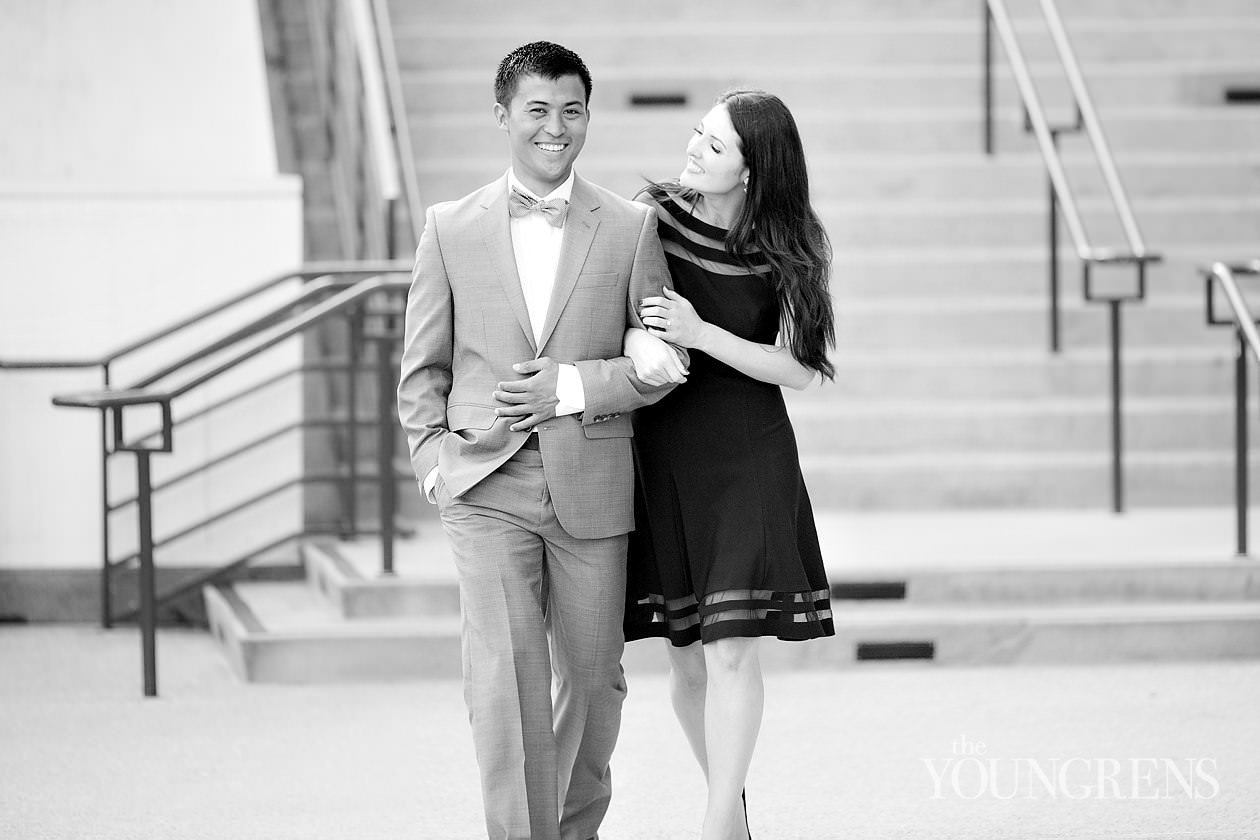 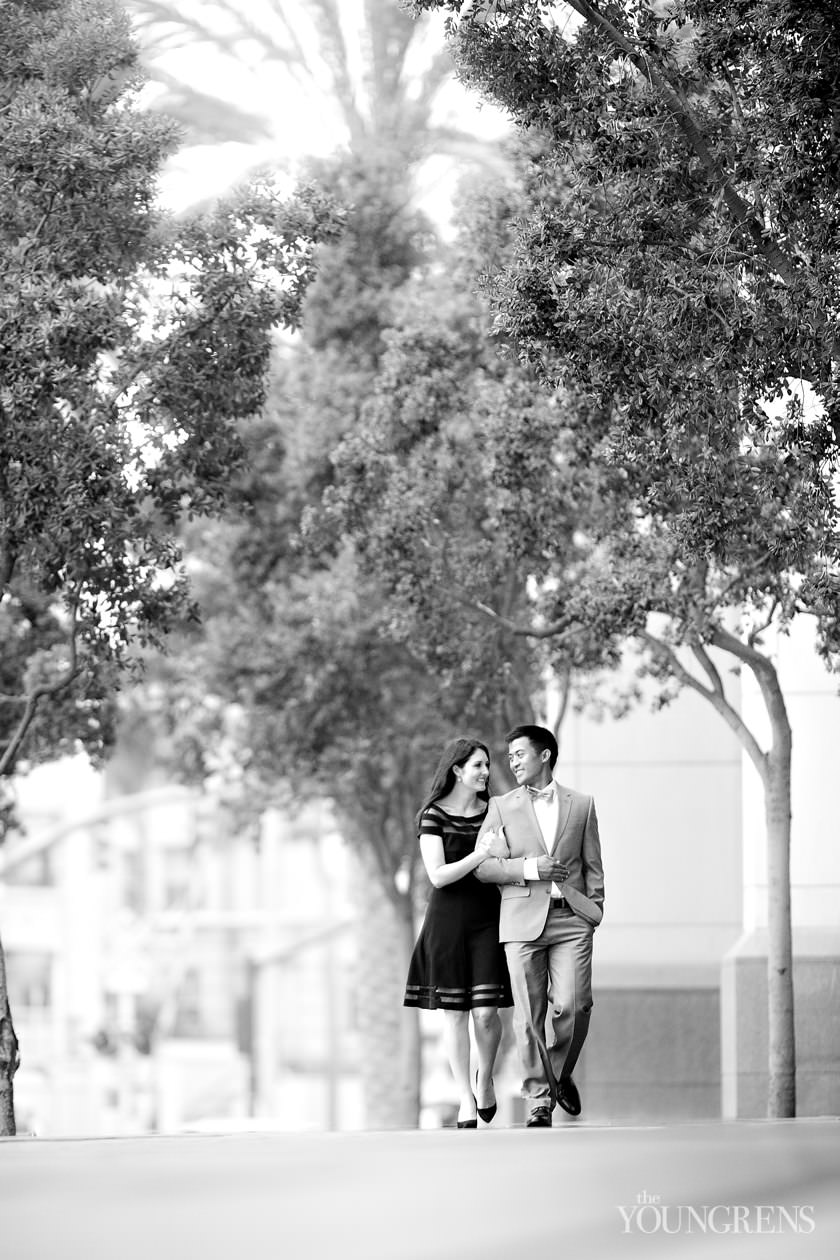 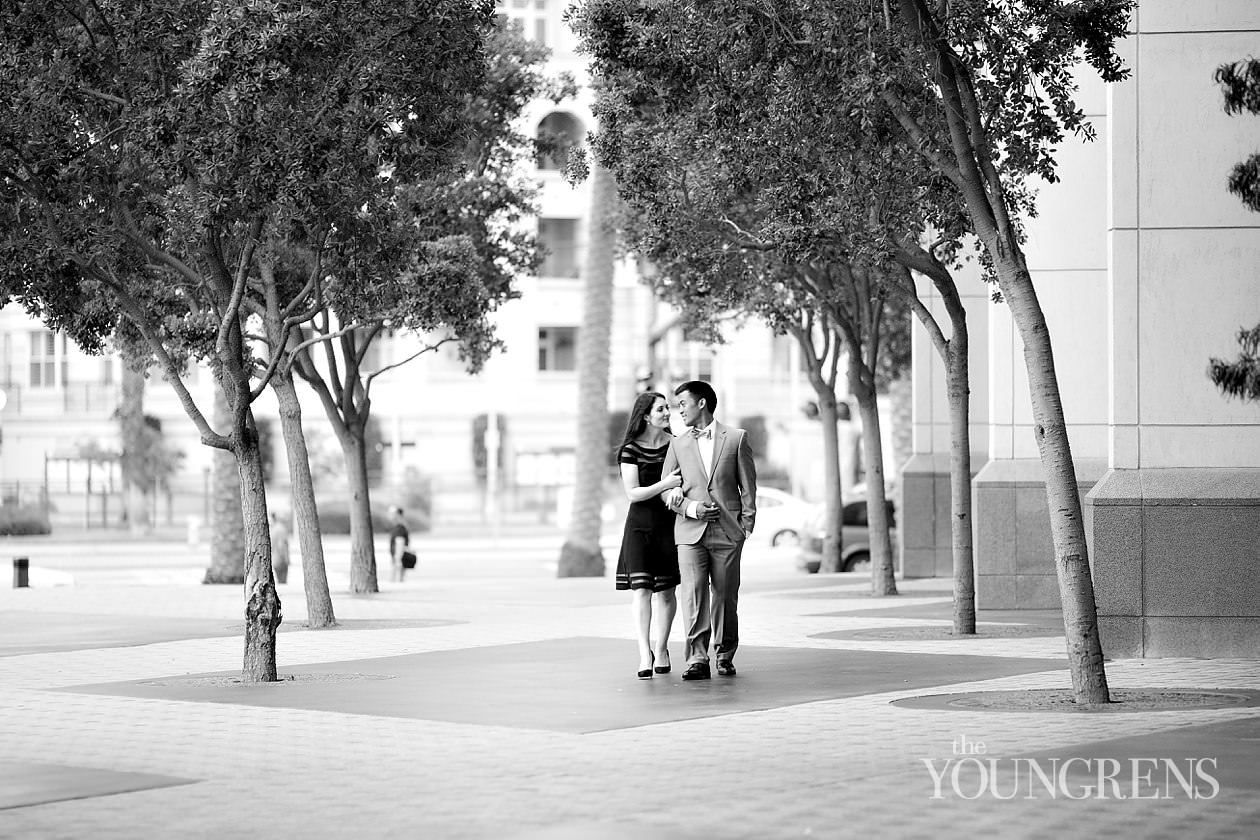 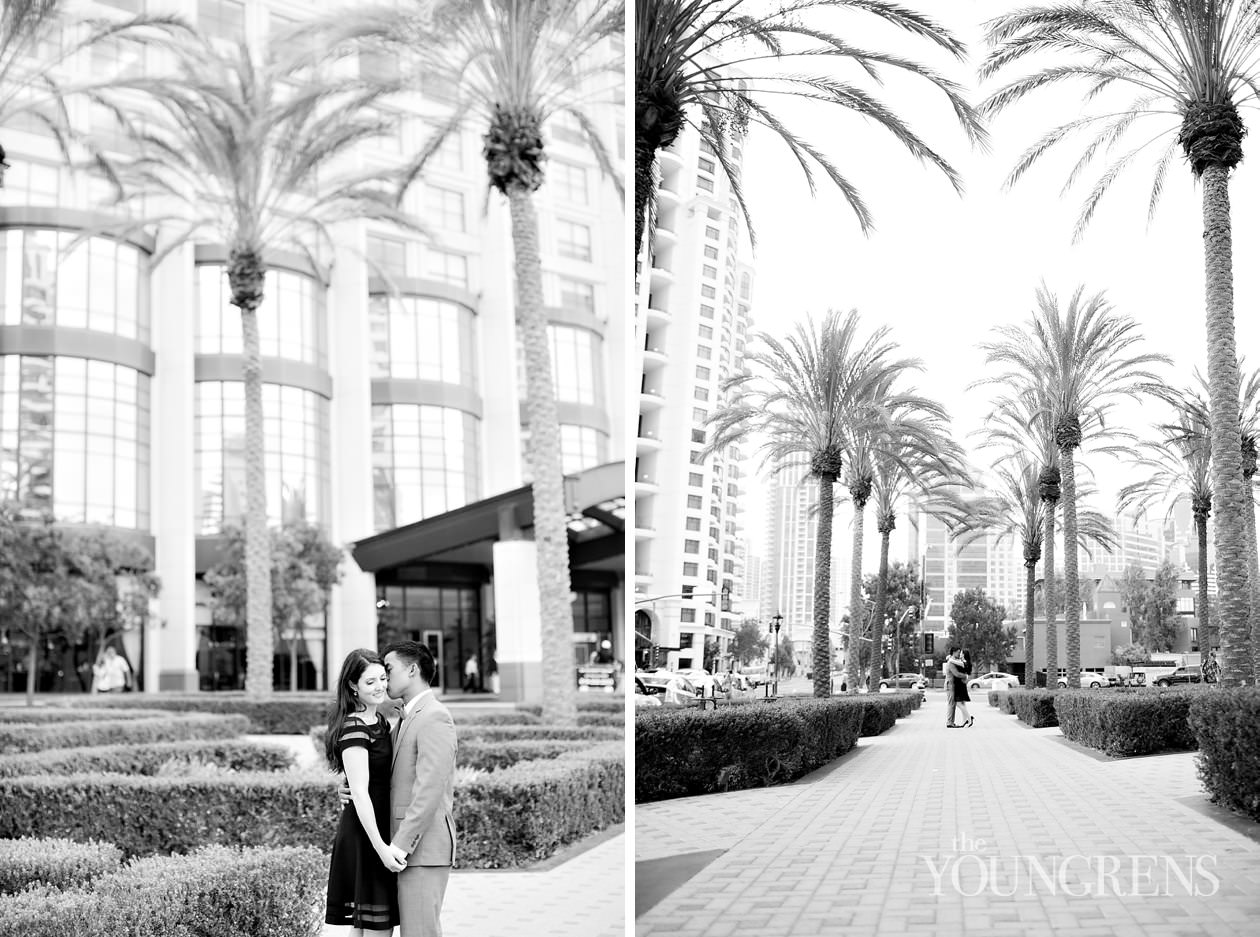 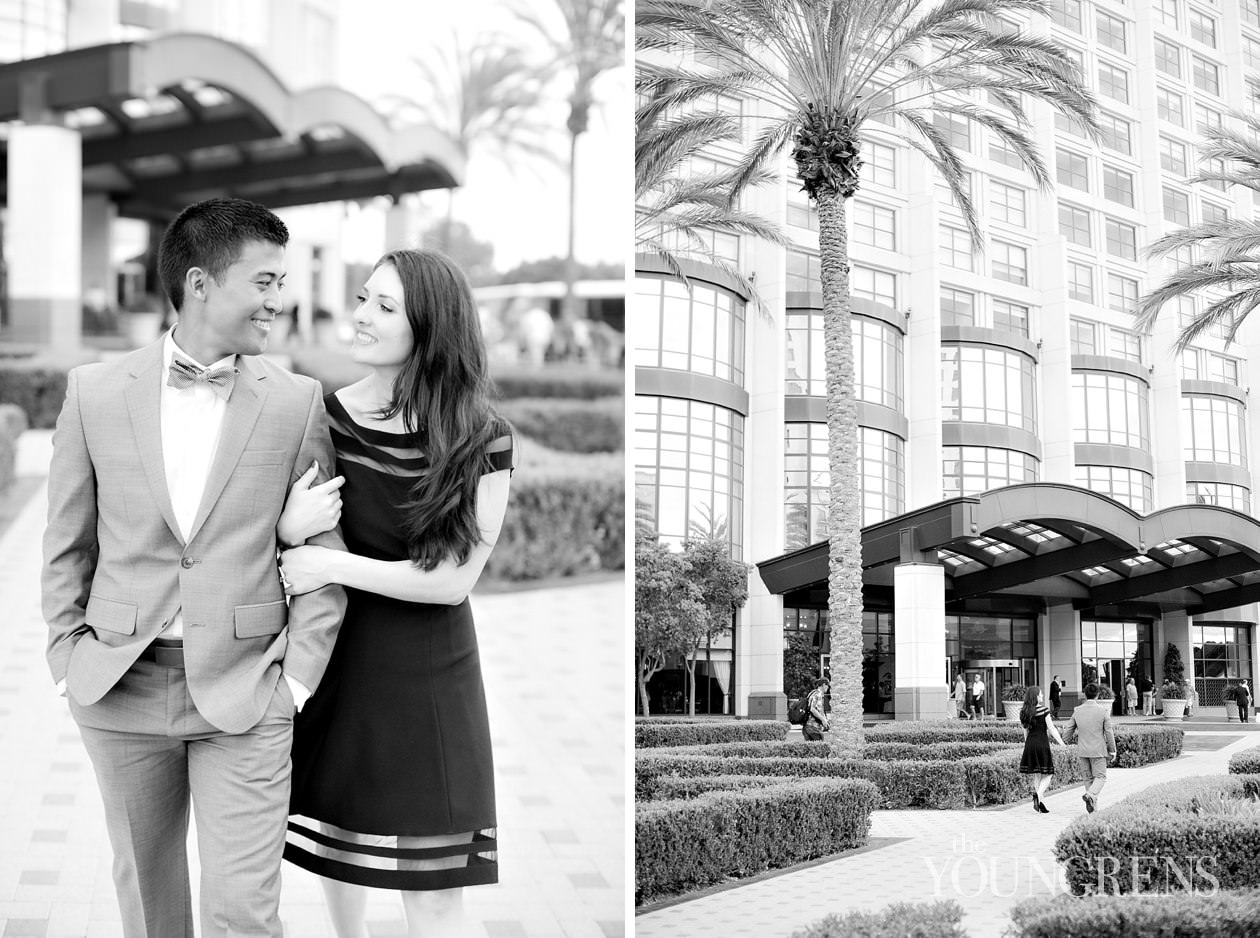 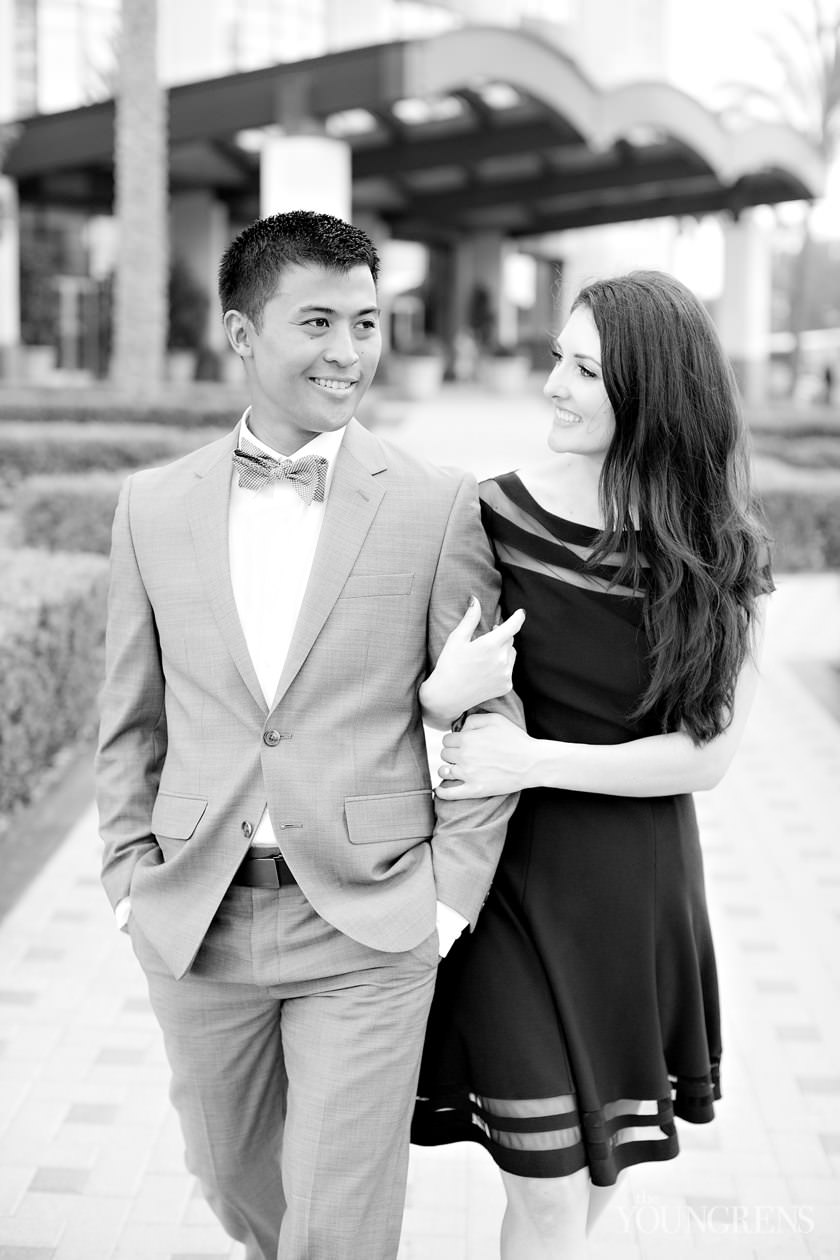 Like I said before, these two are going to get EVEN MORE ADORABLE in part two of their engagement session in downtown San Diego. I know it’s hard to believe that this session can get any better than this, so you’ll just need to stop by the blog tomorrow to see the proof!