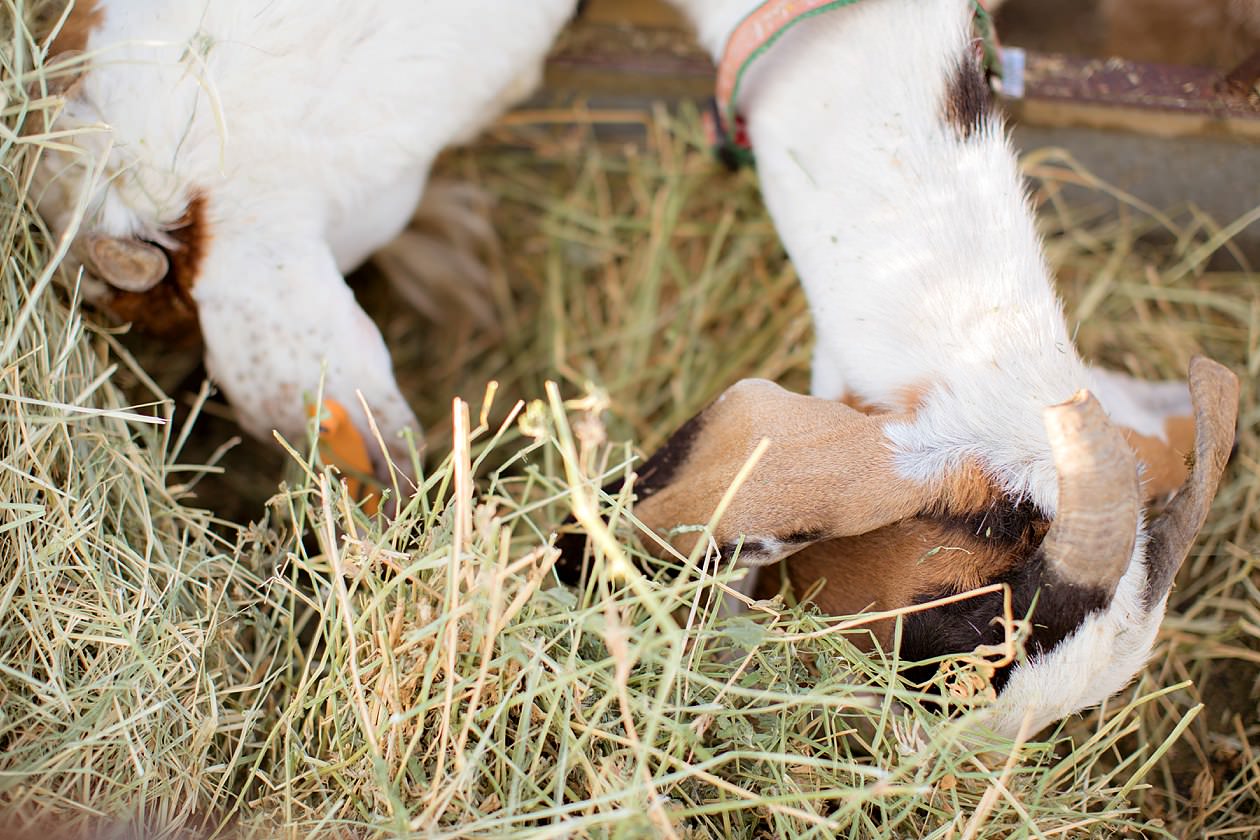 POSTED IN : Casa de Youngren FILED UNDER : travel, what we love

“If the life you dream of living is one you know you can accomplish, then you need to dream bigger.”

I don’t know where I got this quote or who said it, but I wrote it on the whiteboard in our studio last week after coming home from a trip to Paso Robles.

This past November, our friends, Evan and Kristy, sold or stored everything they owned and moved from San Diego to a teeny apartment in Paso Robles. Soon after, they purchased a ten acre farm, moved into their new home, painted and furnished every single room, bought a herd of goats and sheep (half of which were pregnant), built shelters, installed a chicken coop, delivered enough animal babies to DOUBLE their herd, and learned completely from scratch (and the Google-tubes) how to be sheep and goat farmers.

They have done all of this in four months.

The best part of this story is the name of their farm, Reves de Moutons. This means ‘Dreams of Sheep’ in French. You see, Evan and Kristy started chatting about their long term dreams a few years ago, and they developed a mutual vision to own a farm somewhere in wine country that would have an inn for guests plus a cheese kitchen to make, enjoy, and sell cheese.

When this dream came to light, they didn’t know a thing about how to make cheese or run an animal farm. They were natives to Baltimore and living in San Diego. She worked in Radiation Therapy and he’s a photographer. But they just knew that it was what they were meant to be doing.

Jeff and I are no stranger to making big dreams a reality, but Evan and Kristy’s story inspires us to dream even BIGGER. It should inspire all of us to dream bigger. For these two, the excuse of “I don’t know how” just simply didn’t exist. Instead, they leaned on their passion, ambition, and savvy financial heads to pull together their resources and build a plan to make their dreams come true.

A few weeks ago, we made a visit to the burgeoning Reves de Moutons to see Evan and Kristy’s new life in action. Keep in mind that these two used to live in a beautiful three story Point Loma home with a 180 degree view of the San Diego harbor. Now, they live at the end of dirt driveway in a farmhouse surrounded by rolling green vineyards and pastures. When we stepped out of our car completely dumbfounded, we were greeted by two of the happiest rubber-boot-clad humans we’ve ever seen and a teeny baby goat ran up to us with joyful baby bleating and jumped into Kristy’s arms…

This is the story of our two days at Reves de Moutons – the kind of place that proves that your WILDEST dreams can always come true with the right amount of ambition, a lot of work, and a bucket of faith. 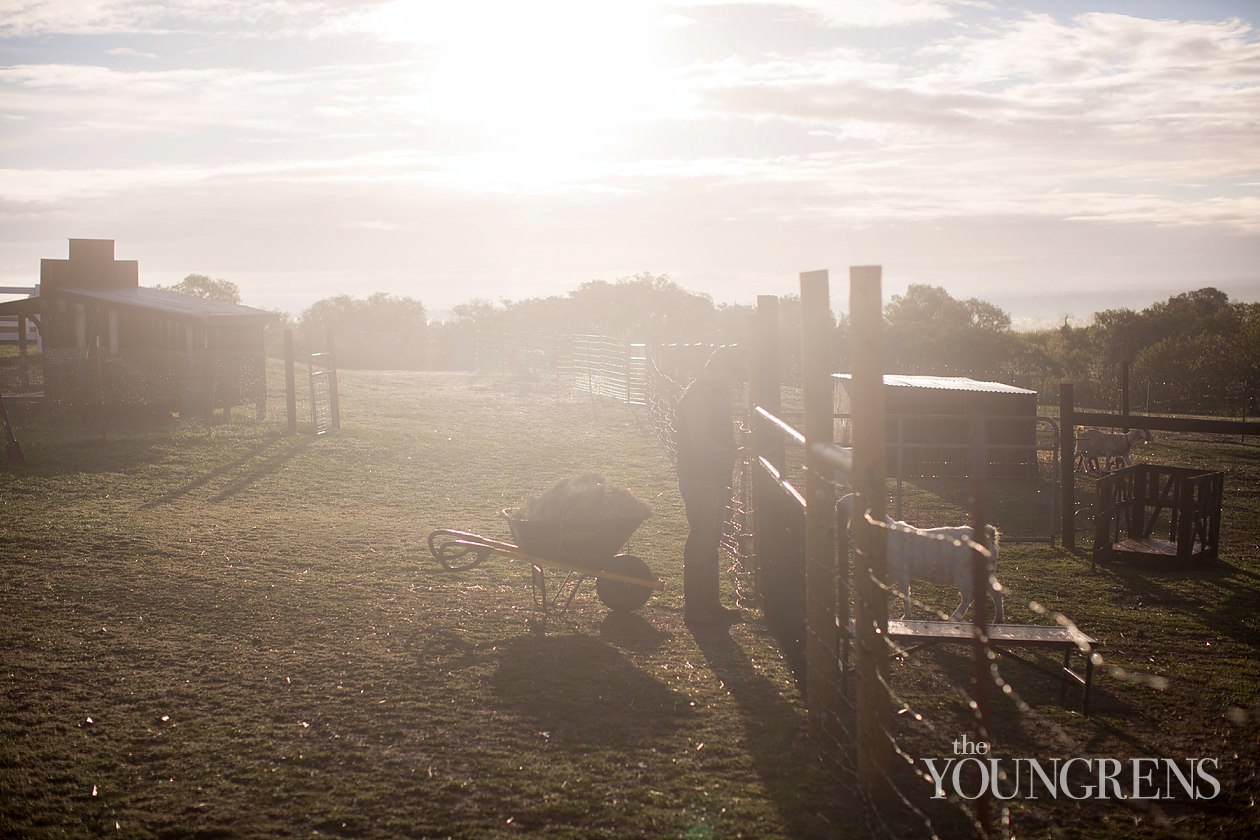 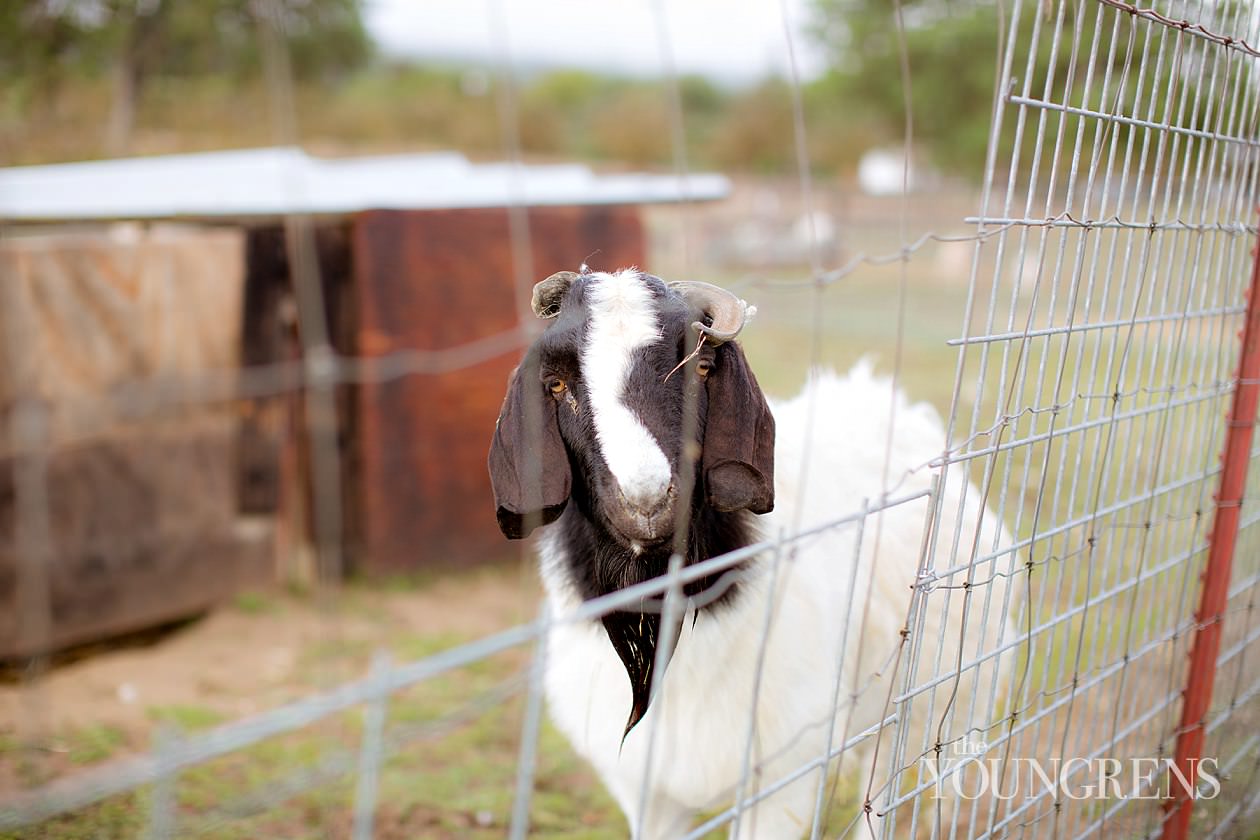 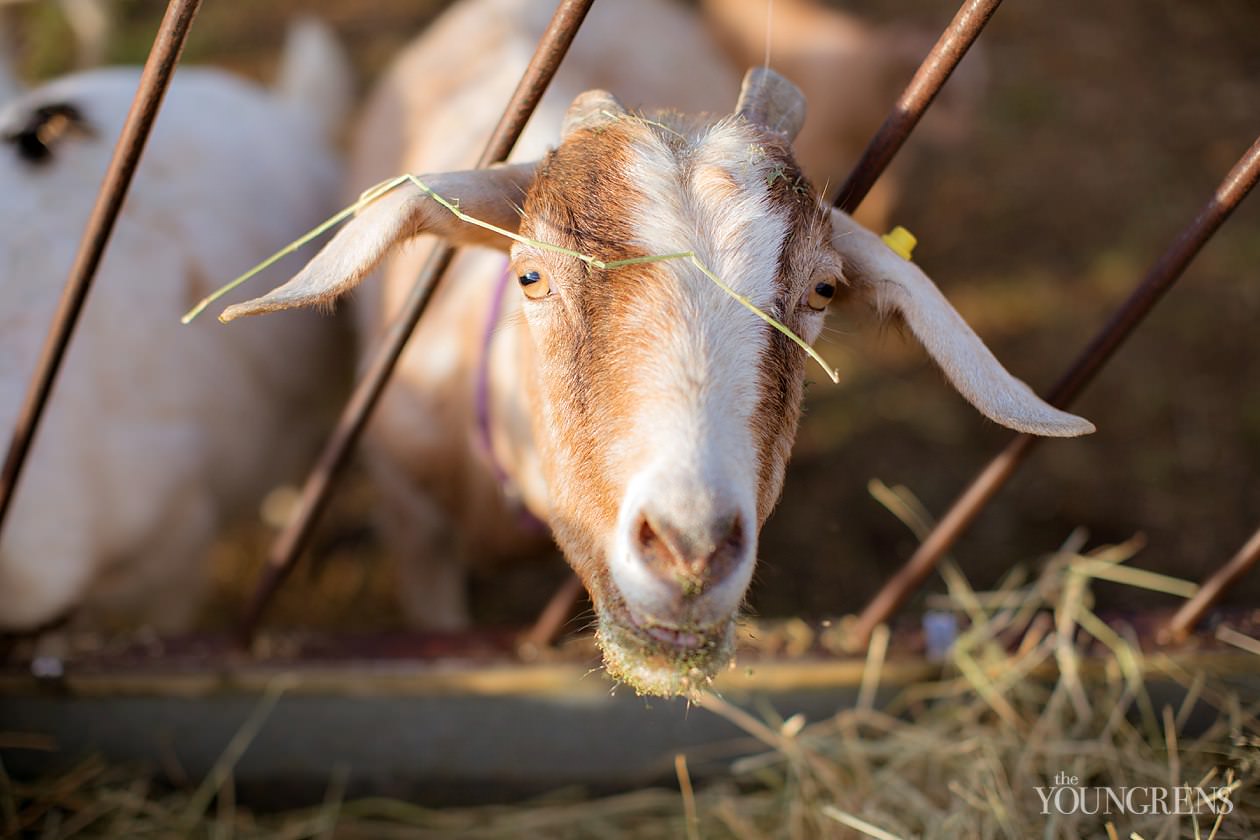 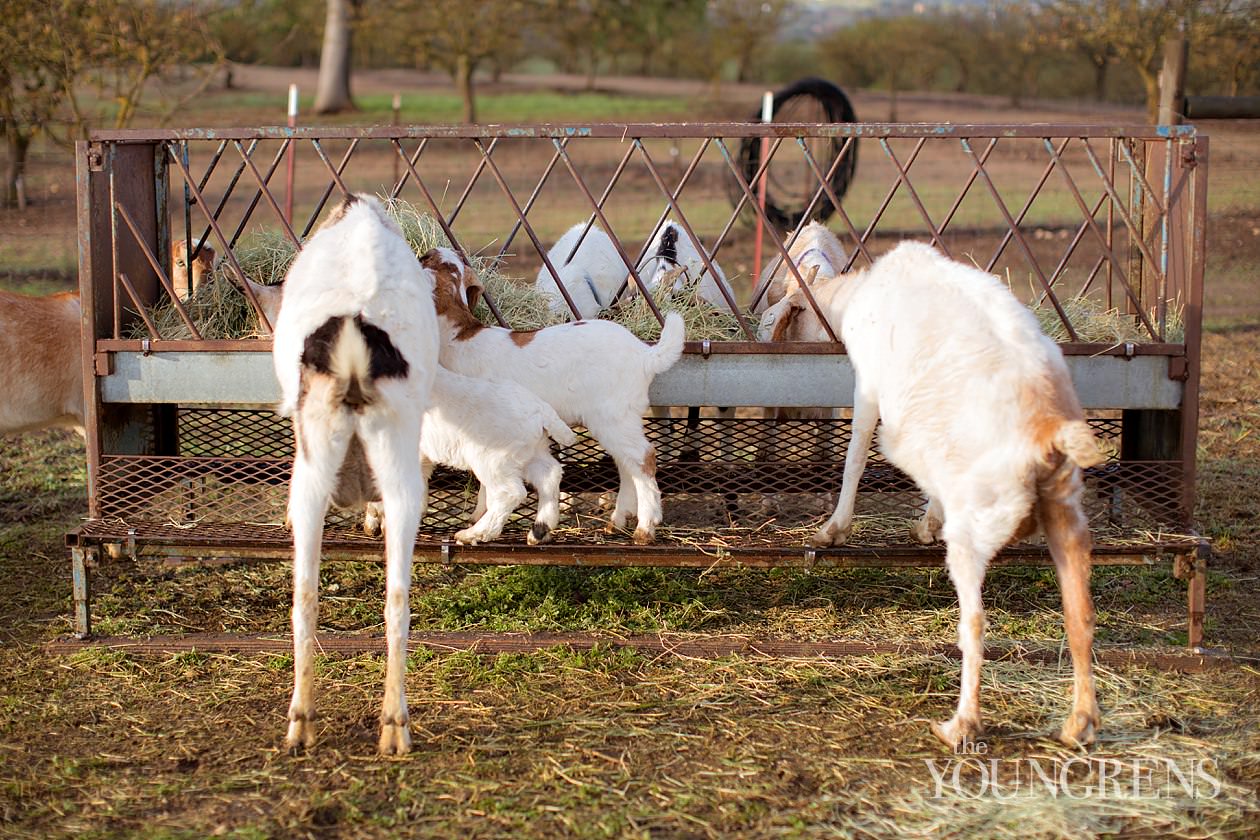 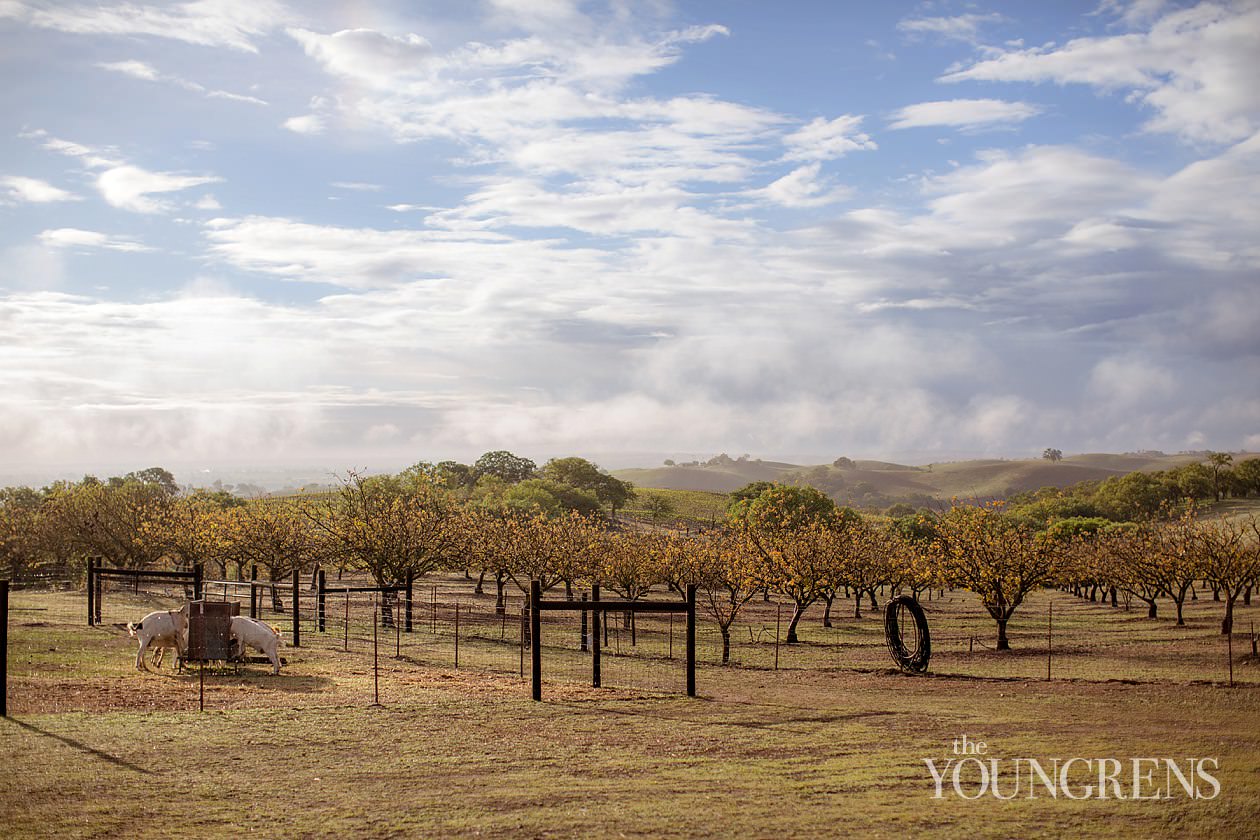 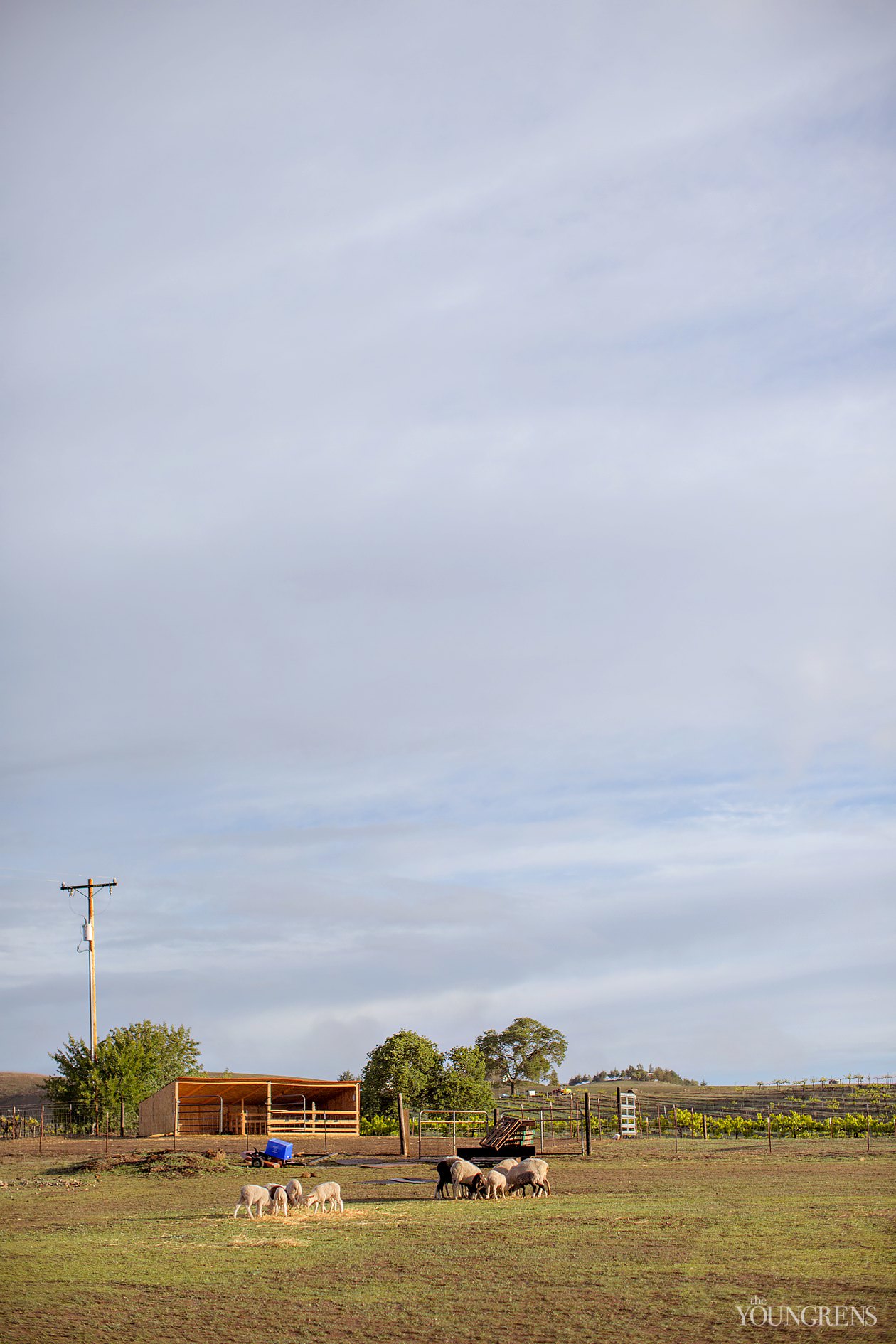 Both of us got the chance to get up early with Evan and feed the animals, which was the highlight of our trip. Another highlight – two baby goats were born while we were visiting, and Jeff and I were honored to name them Lavender and Clove (this herd is named after spices). They were just a day old! 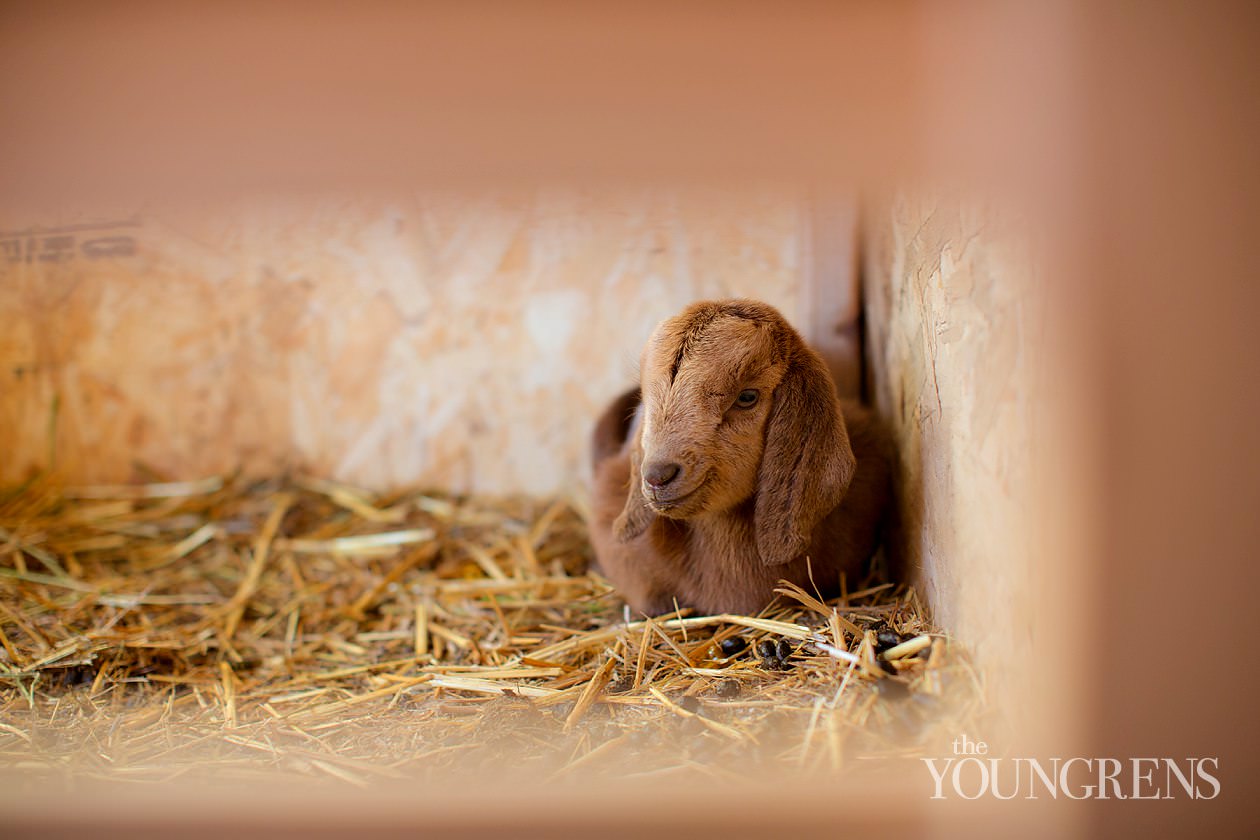 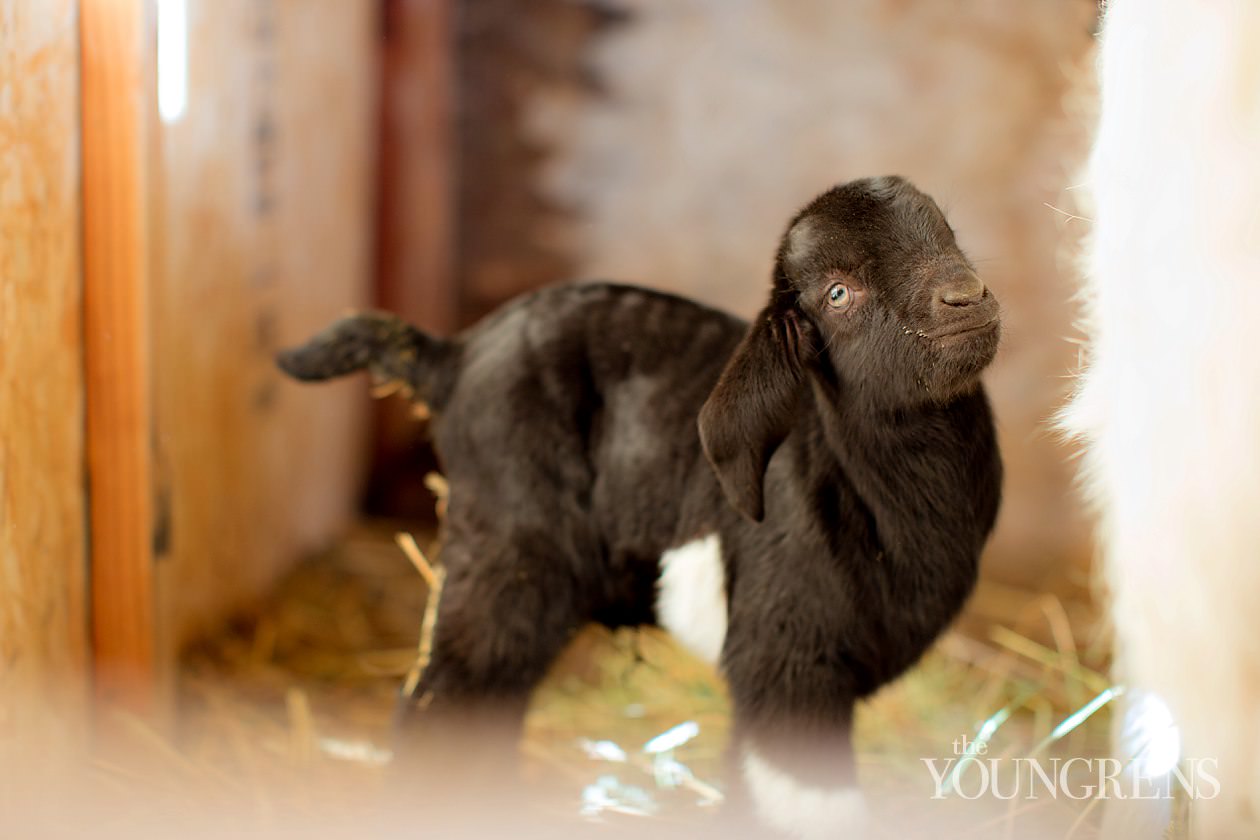 This is Bleu. His mom wouldn’t nurse him so now he’s bottle fed. Because he’s bottle fed, he loves hanging out with us humans and thinks he’s more of a dog than a baby goat. He’s still small enough to fit through the fence, so whenever we come outside, he comes running to hang out. He’s quite the cuddly fella. 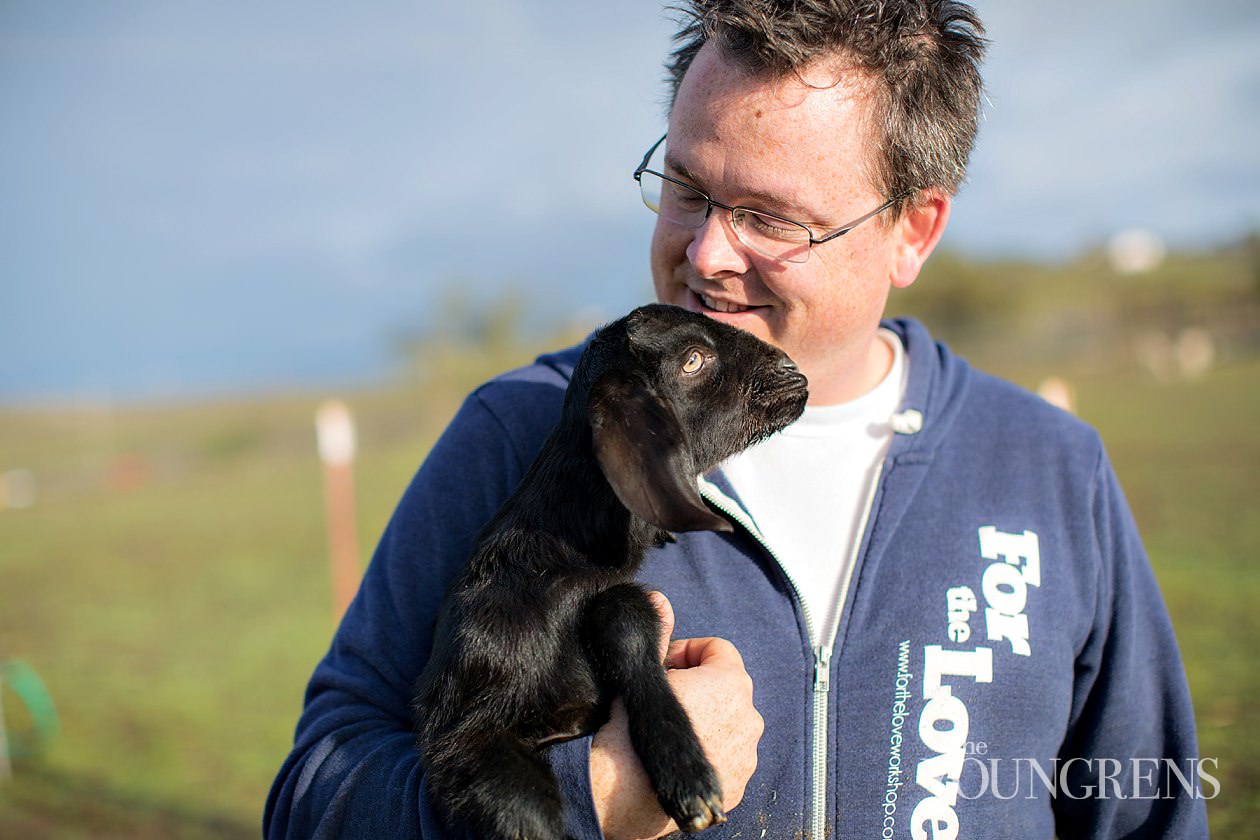 This is Evan who fits the perfect description of a wonderful sheep and goat farmer. He loves his herd and he loves his new life. 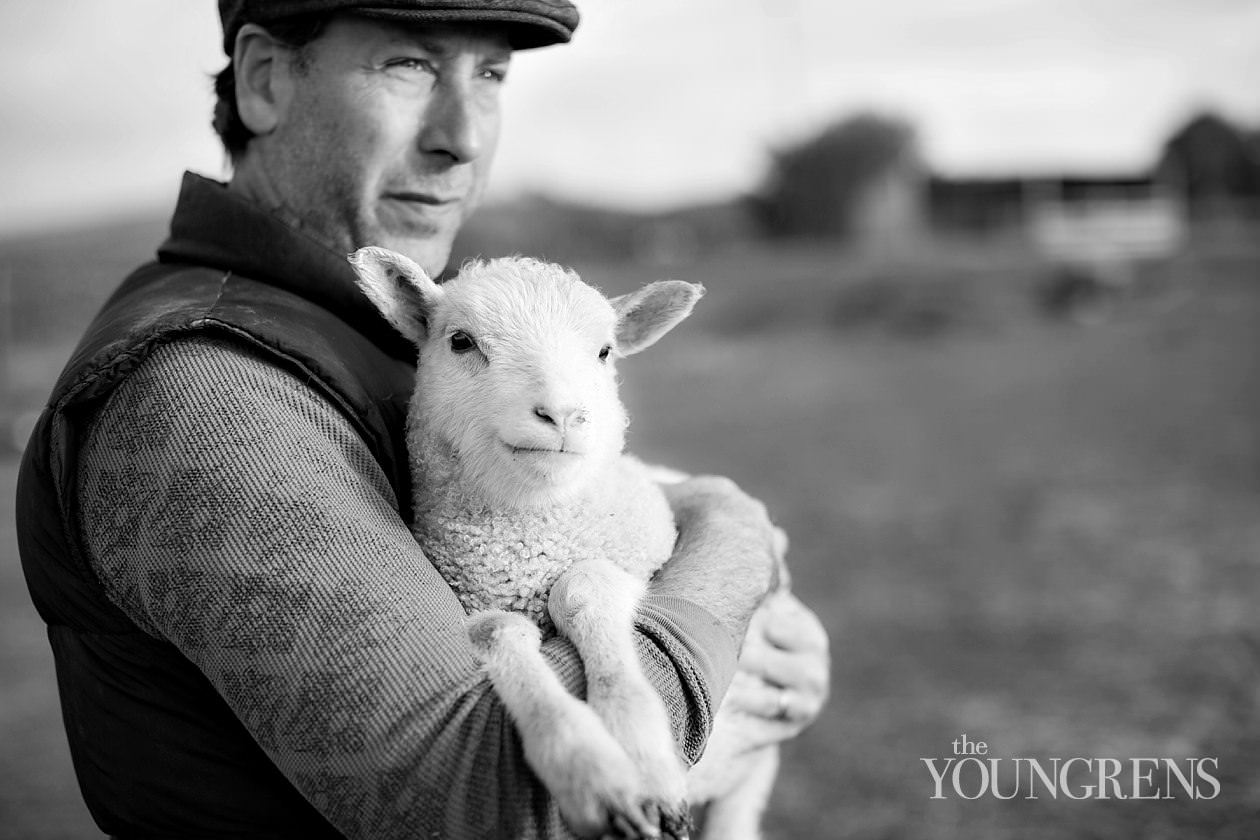 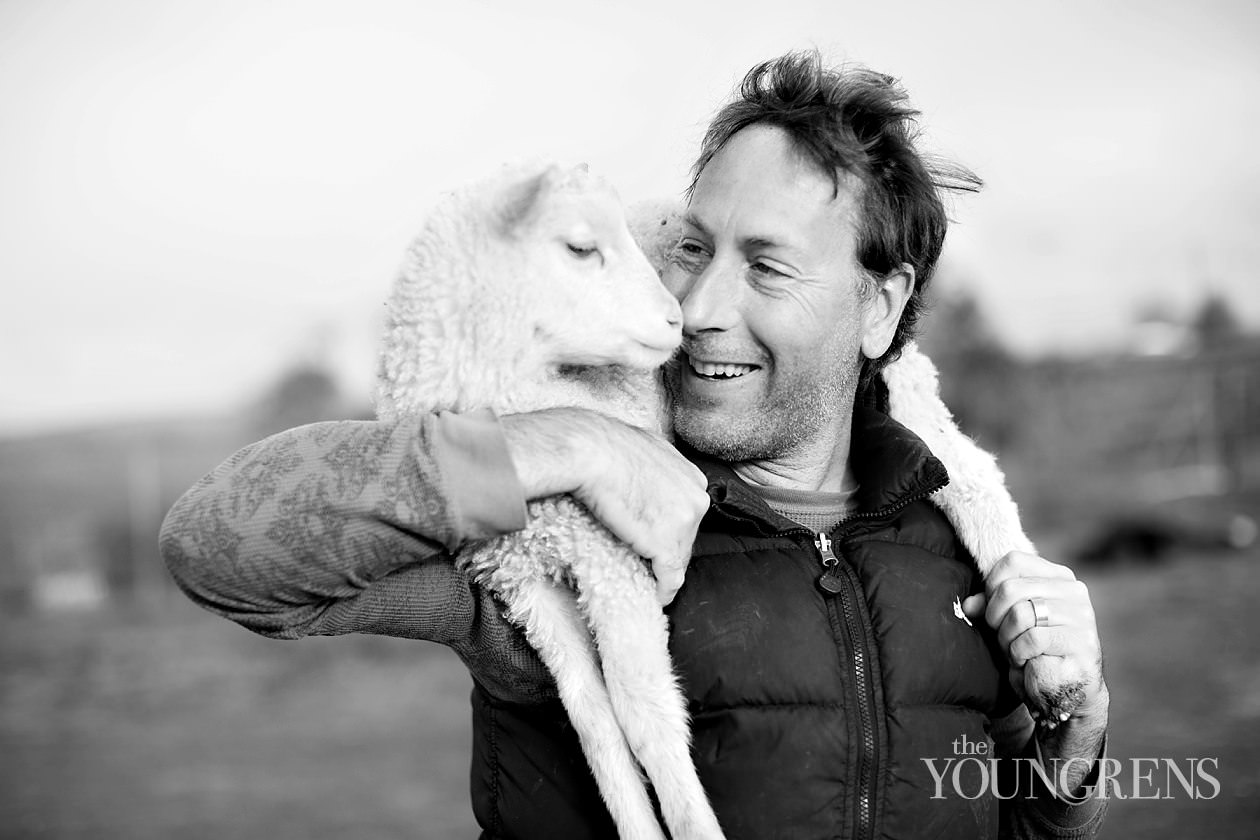 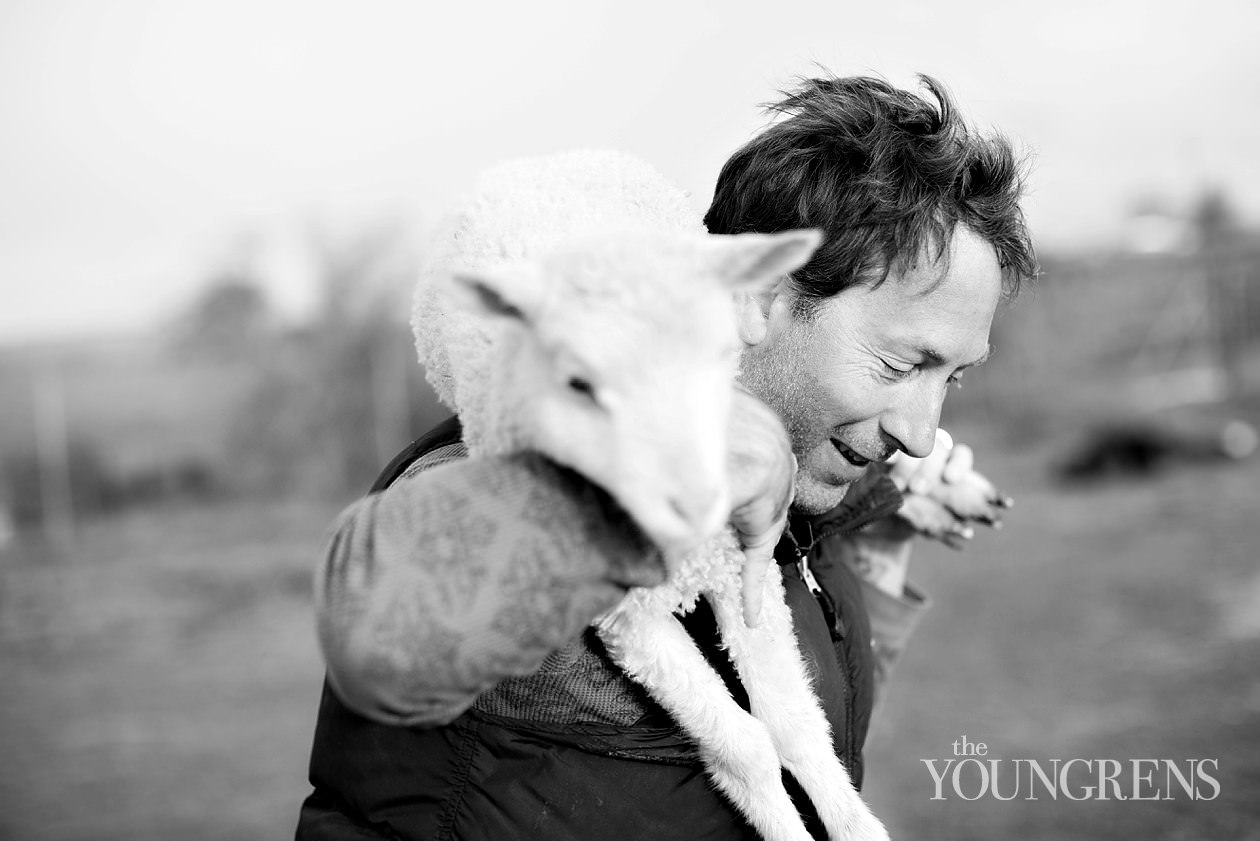 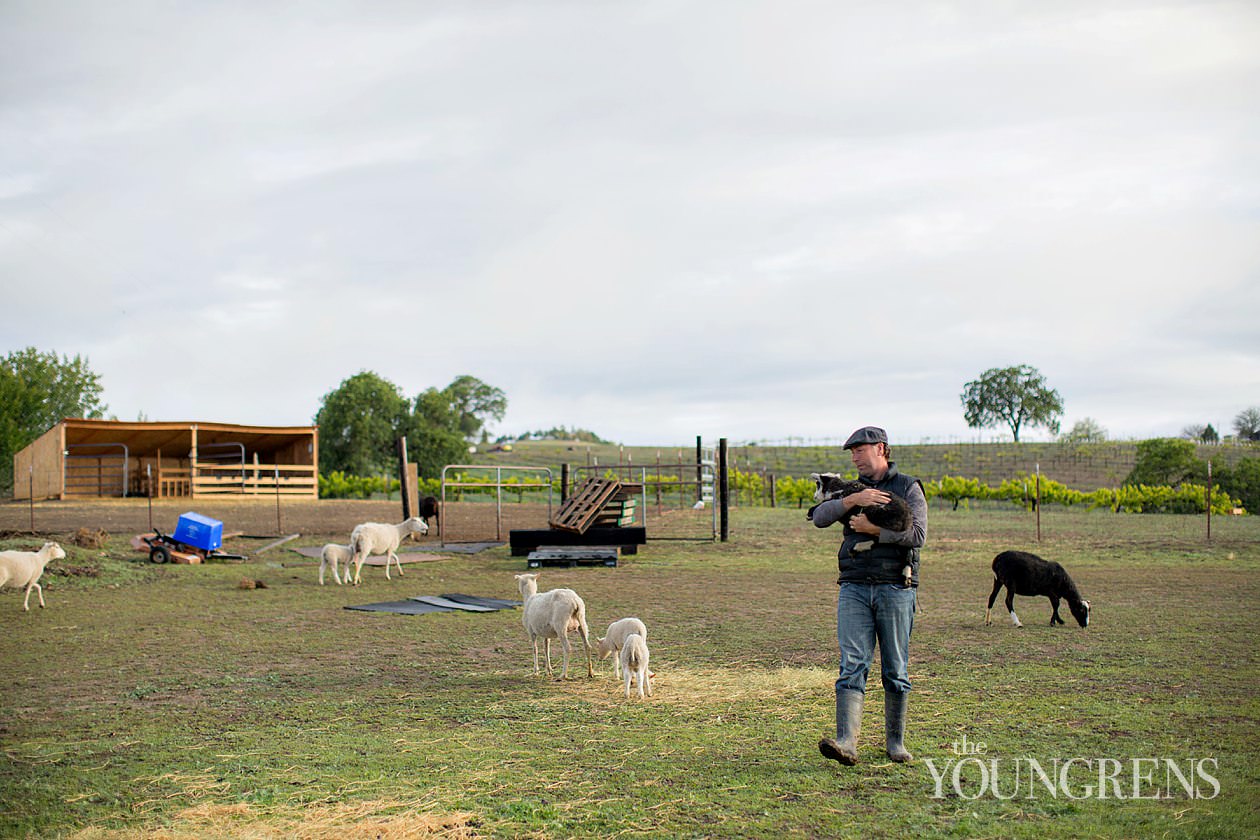 I would keep an eye out for Reves de Moutons on the social media tubes as Evan and Kristy continue to build their dreams. If this is what they’ve done in a few short months, I can’t wait to see how far they go in the coming years!