She hasn’t made an appearance on the bloggy blog in quite some time. In fact, she would rather hide under the bed and quiver all day than show her face to strangers. She is completely normal around Jeff and me, but is afraid of anybody else. Only a lucky few have actually ever spotted her. Most of our friends don’t even believe she exists. She loves to meow for no reason, she’s an expert at taking over entire sections of our bed at night, and no sunny window spot is left un-rolled upon. Her favorite game is knocking things off my desk and I’ve never seen a creature sleep as much as she can. She’s soft, she’s cuddly, and she’s completely neurotic. 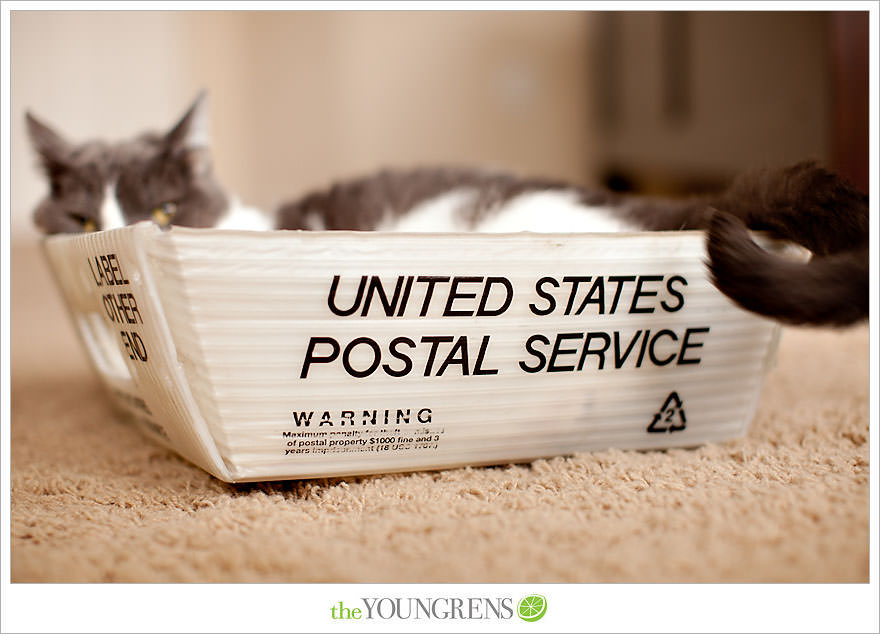 And one very important thing to know about Gracie is that she loves small boxes. 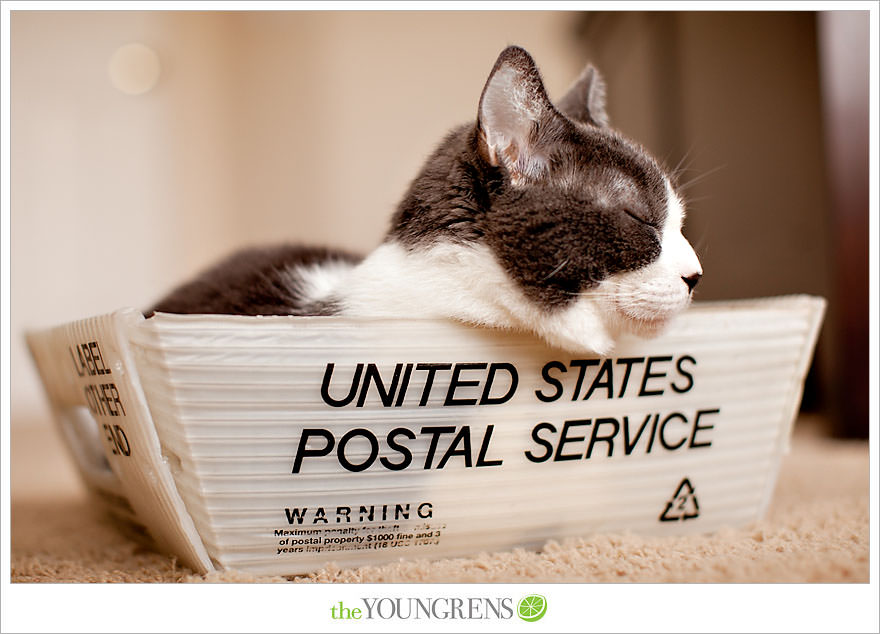 Jeff got Gracie ten years ago as a tiny kitten, and for the first part of her life she slept in a small shoebox next to his bed. Ever since then, she loves cardboard and she loves boxes. She’ll spend hours rubbing her head against anything cardboard, purring louder than a jet engine and looking more delighted than Jeff when he’s eating a McDonald’s ice cream cone. And if there’s a small box around, you can bet she’ll be curled up in it. 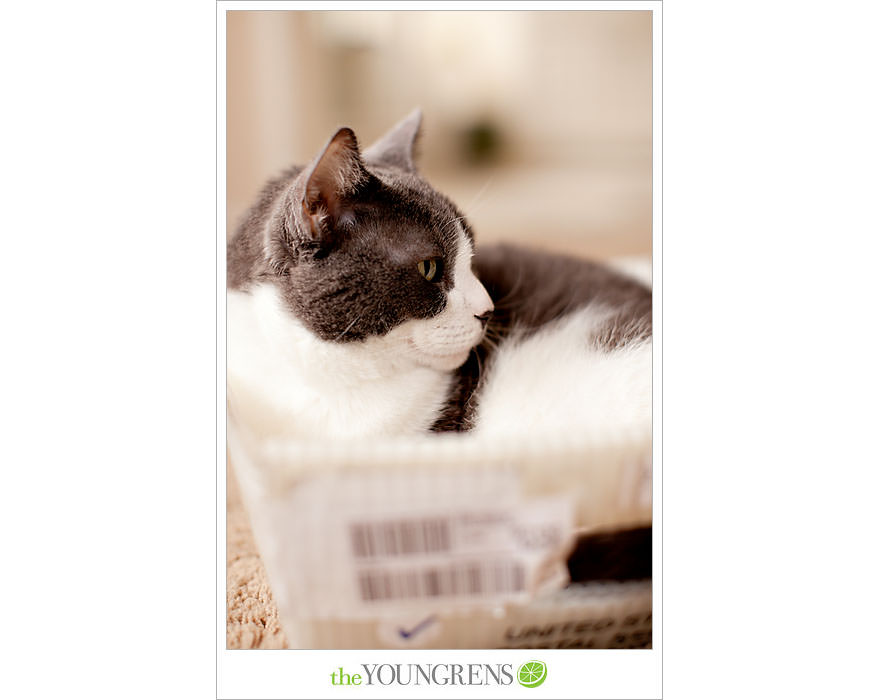 When Jeff and I travel, we have the post office hold back our mail, and then they drop it off at our front door in one of these postal boxes when we return. One day, we found Gracie curled up in one of the boxes and she’s loved it ever since. I think you’re supposed to give them back, but we don’t have the heart to strip Gracie of her new favorite joy in life. 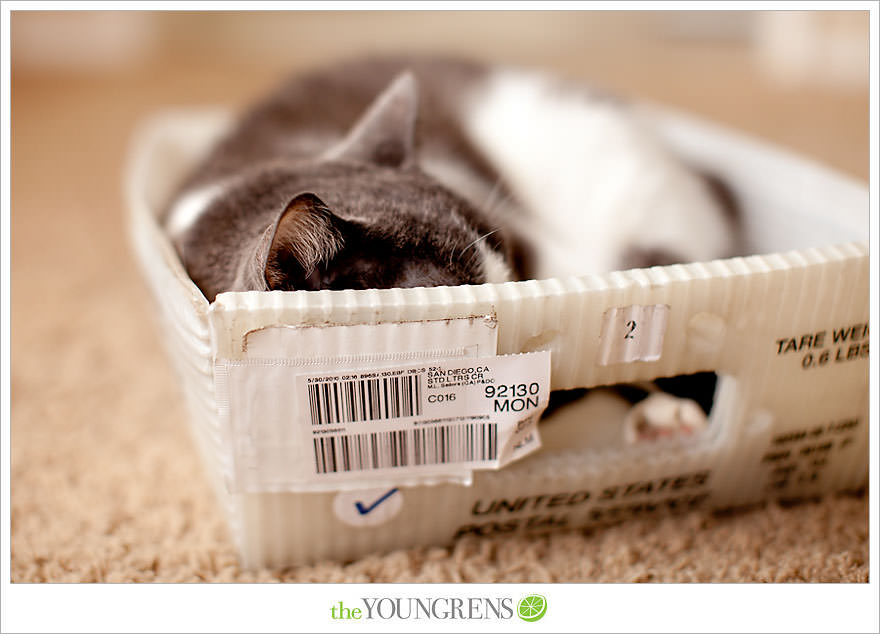 One afternoon, I found her curled up in her box, so I grabbed my camera to document her cuteness. And then I was quickly given a glimpse into the life of a cat. I like to call this post, “Five Minutes in the Life of Gracie the Cat.” Yup, the following images occurred in less than five minutes. In fact, it was probably only two. 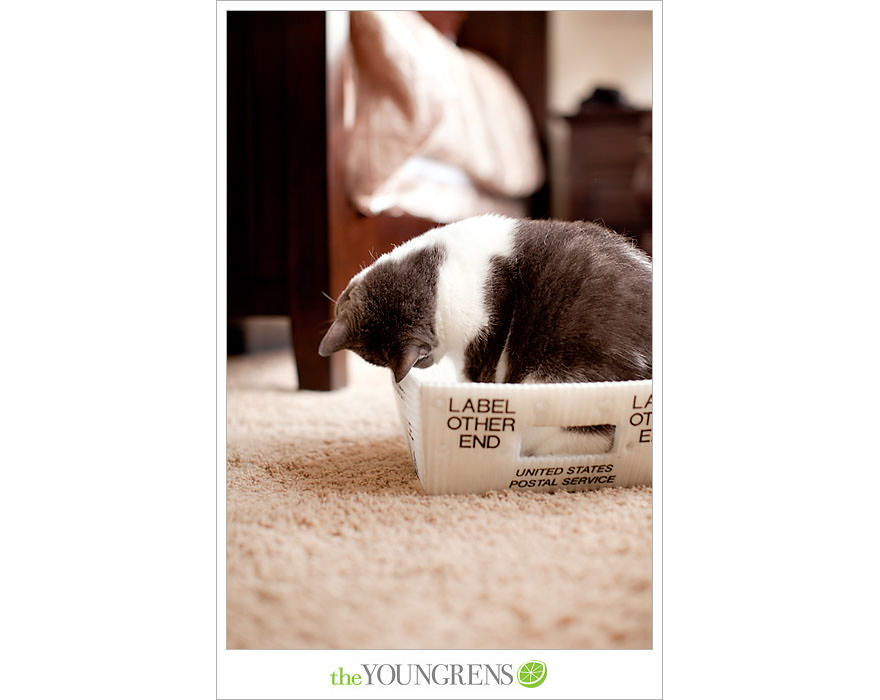 And what does a cat do with those two minutes? Well, there’s scratching. Then head rubbing. Then cleaning. And THEN… 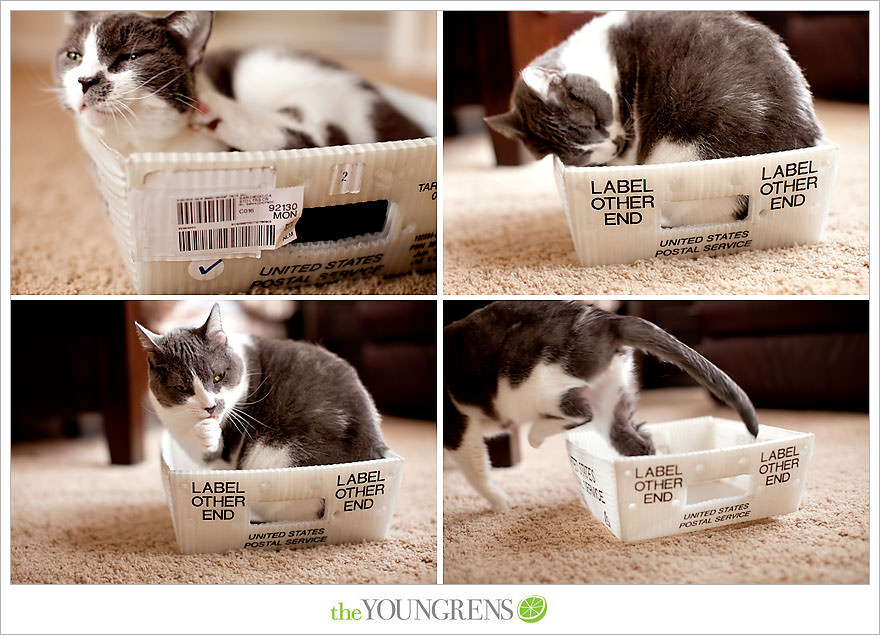 There’s Erin’s shoe! Yay! This is regular occurrence in our household. You know how dogs chew on shoes? Well, Gracie wraps her paws around them and then madly rubs her head against them. You know, because that’s totally normal. 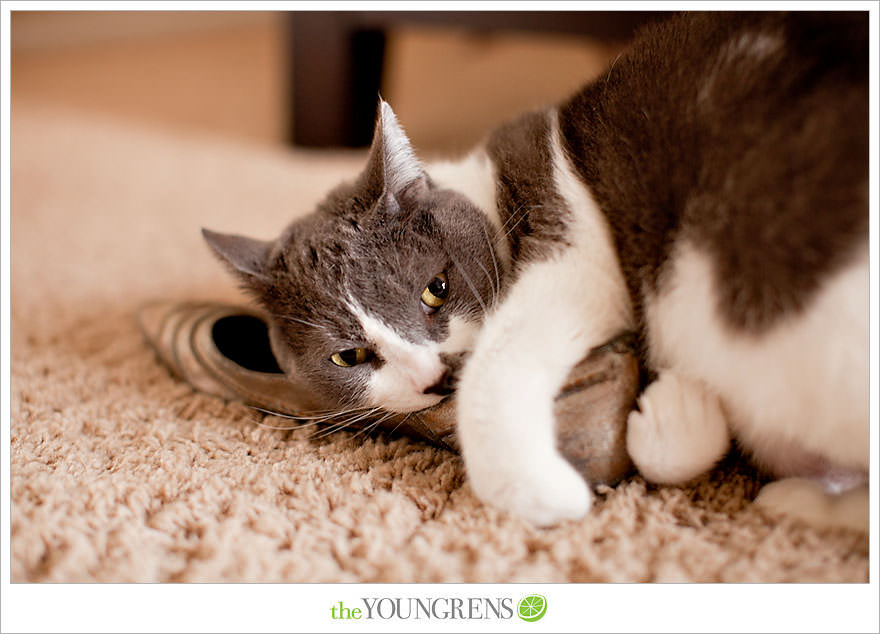 But there’s so many other things to rub your head on too, so one must move on. And then you need to roll around and scratch. And then, of course, there’s your paw. 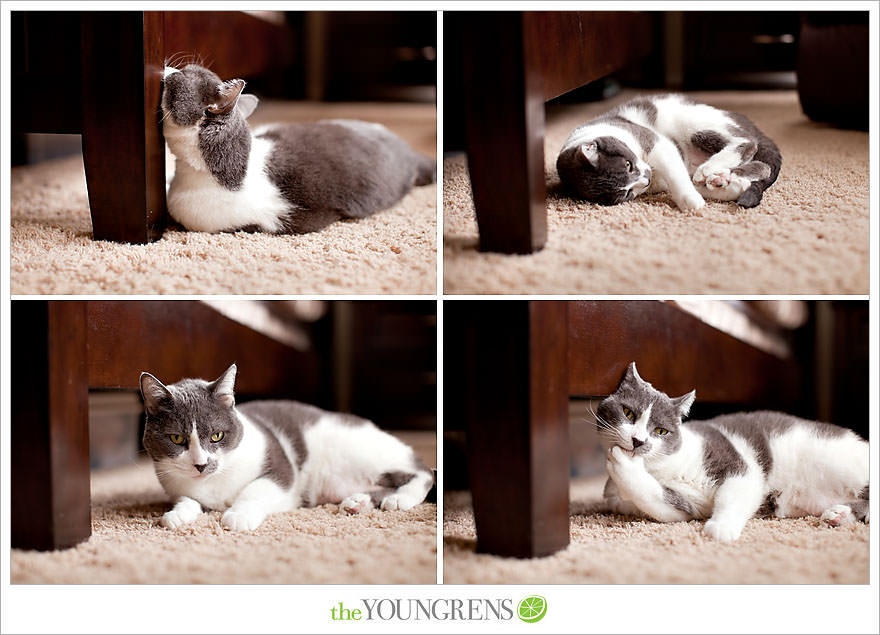 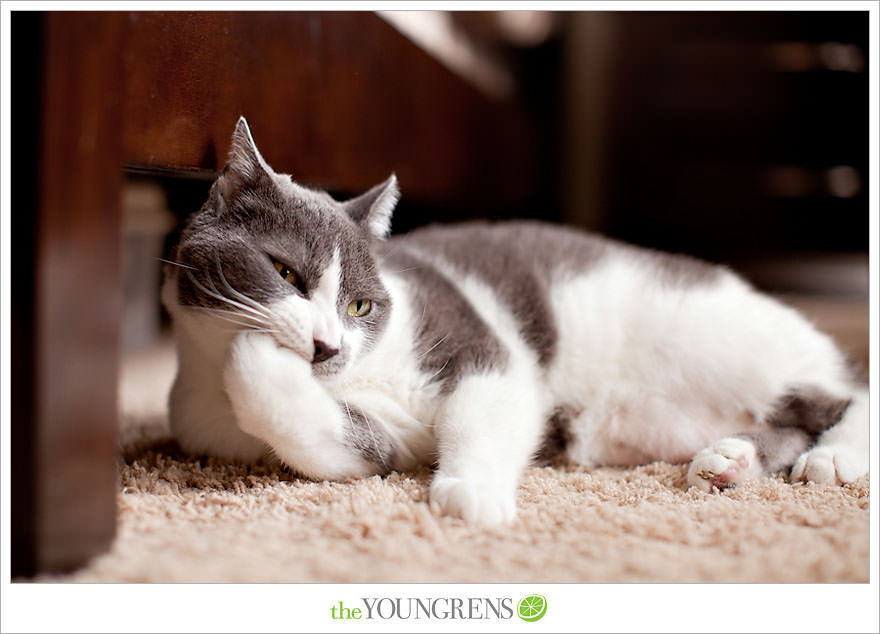 At this point, I couldn’t hold the camera straight anymore because I was laughing too hard. So there you have it folks – two minutes in the life of Gracie the cat. Proof that she exists and proof that she is utterly adorable.