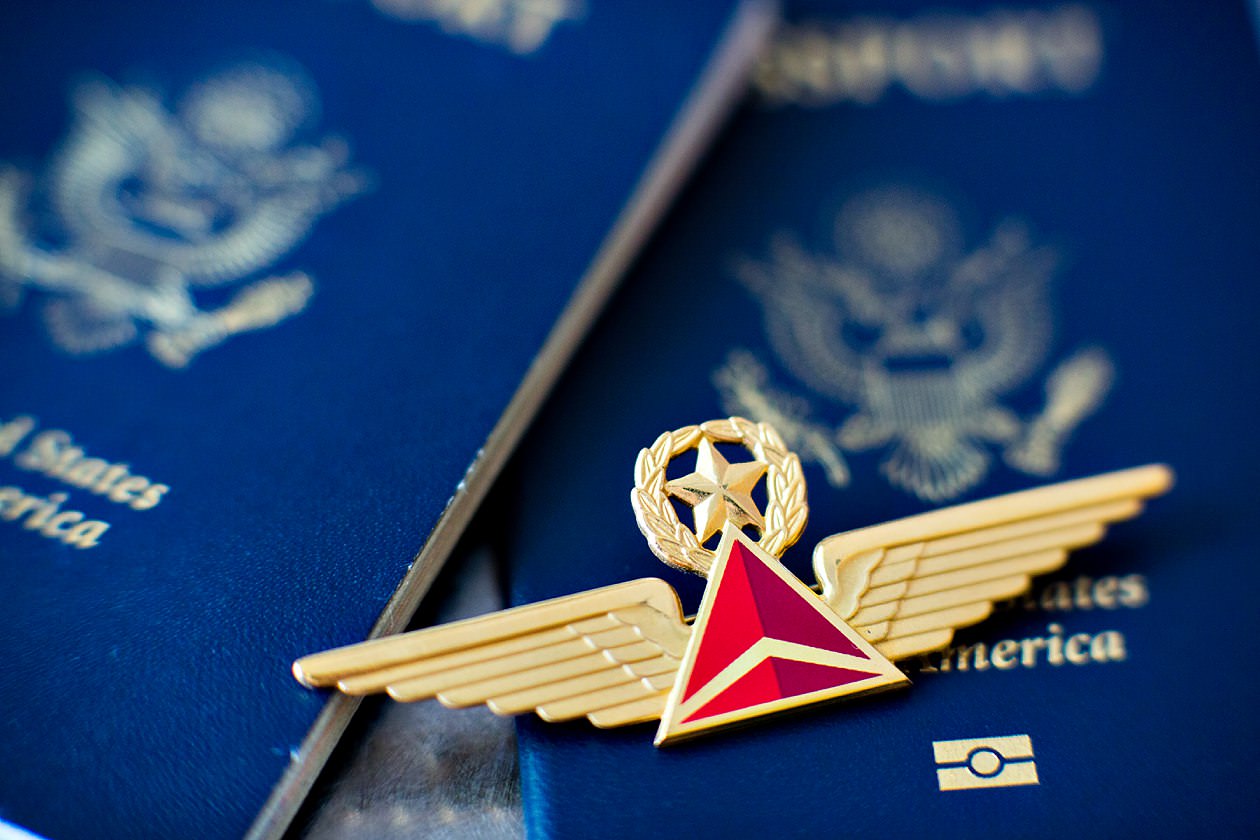 Last week, Jeff and I trekked across the Atlanta airport from our departing gate at A11 all the way to Terminal F – the international terminal – just to have a beer on the Sky Deck.

Life on the road is definitely not as glamorous as it sounds, but there are a few perks that I desperately cling to in between open mouth sleeping fits on red-eyes to Atlanta.

One of those perks is the Sky Deck in the Delta Sky Club at the Atlanta Airport.

While most Delta Sky Clubs around the country are indoors only (makes sense – they’re in airports after all), the Sky Club in the International Terminal in the Atlanta Airport has this amazing outside patio that overlooks the tarmac of the airport.

From this third story open air deck, you can peer down at 767s or A330s lazily moving to and from their gates, watch aircraft take off from the adjacent runway, or just peer over the other terminals of the airport as if they’re your front lawn and this is your porch from which you monitor the world.

For people like my husband, the Sky Deck is akin to court side seats at a Lakers game. But instead of smelling the sweat from the players, you can feel the heat from the engines…

Jeff and I have rested our feet, recovered our senses, and reflected on our past, present, and future hopes with a beer, wine, or whiskey on this very Sky Deck many times before – on our way back from El Salvador or Italy, Paris or Madrid. We have groggily watched the sun both rise and set from this very view, and Jeff will play the ‘airplane game’ with me where he quizzes me on the types of aircraft bolting into the sky next to us or lazily passing from a gate nearby.

“A320 or 737?” he asks pointing at the wing of an aircraft moving below us. In my exhausted what-time-is-it-again? state I usually get them mixed up, but I always keep guessing because it makes Jeff so happy.

Last week, we were celebrating.

On our way home from speaking at the Pursuit Conference in Atlanta, Jeff and I brought our friends that are also Delta flyers to the Sky Deck – something they hadn’t experienced yet. Our friends had just run the entire event, so we toasted to a successful conference with (many) tastings of delicious beer, and peered over the kingdom of ATL with awe and satisfaction.

Eventually, our friends took off for their flight to Oregon that was boarding in the adjacent terminal, and I sat across from Jeff with my back to the tarmac, the sun shining down on my neck, and began talking about my experience at the conference.

I began delving into my feelings of how this conference had been different than in the past and in what ways, and how my highlights were different from my low lights and how the friends were amazing, and how I was still struggling with this one area of weakness…

Then from my face to the right.

“Are you ok?” I asked. “Is something on your mind? You seem distracted or deep in thought.”

His eyes snapped wide to my face, his chin was in his hand, and he paused for a second…

“There’s just what?” I asked concerned, wondering what was troubling him, like the dear wonderful wifey that I am.

“It’s just that there are planes behind you.”

I stared at him. “Planes?” I asked. “You mean like a basketball game in the final seconds and we’re in a sports bar and the TVs are all behind my head??”

So I turned around, and we watched the planes move their slow bodies across the tarmac, while sitting in the sun, sipping on our drinks, guessing which plane was which.