Nothing makes me appreciate a warming-from-the-inside-out kind of dish like spending a few days in Indianapolis this past week. Even local Indiana-ites were aghast at the jaw-clenching freezing temperatures this past week. A high of zero degrees? Really? Did they realize that a couple of Californians were present? Or was this just a special welcome wagon from the maniacal weather gods?

However, the chilly air plus the big game today makes this the perfect timing for a yummy, creamy dish like this Cheddar Beer Soup from Epicurious. It’s thick, hot, and perfectly pairs with a dark IPA, so make a giant pot of this to feed the crew during the Superbowl festivities and you’ll have a team of happy fans – fans of your cooking skilz, that is…

You’ll need your usual round-up of soup veggies – carrots and celery – plus leeks for some added flavor. 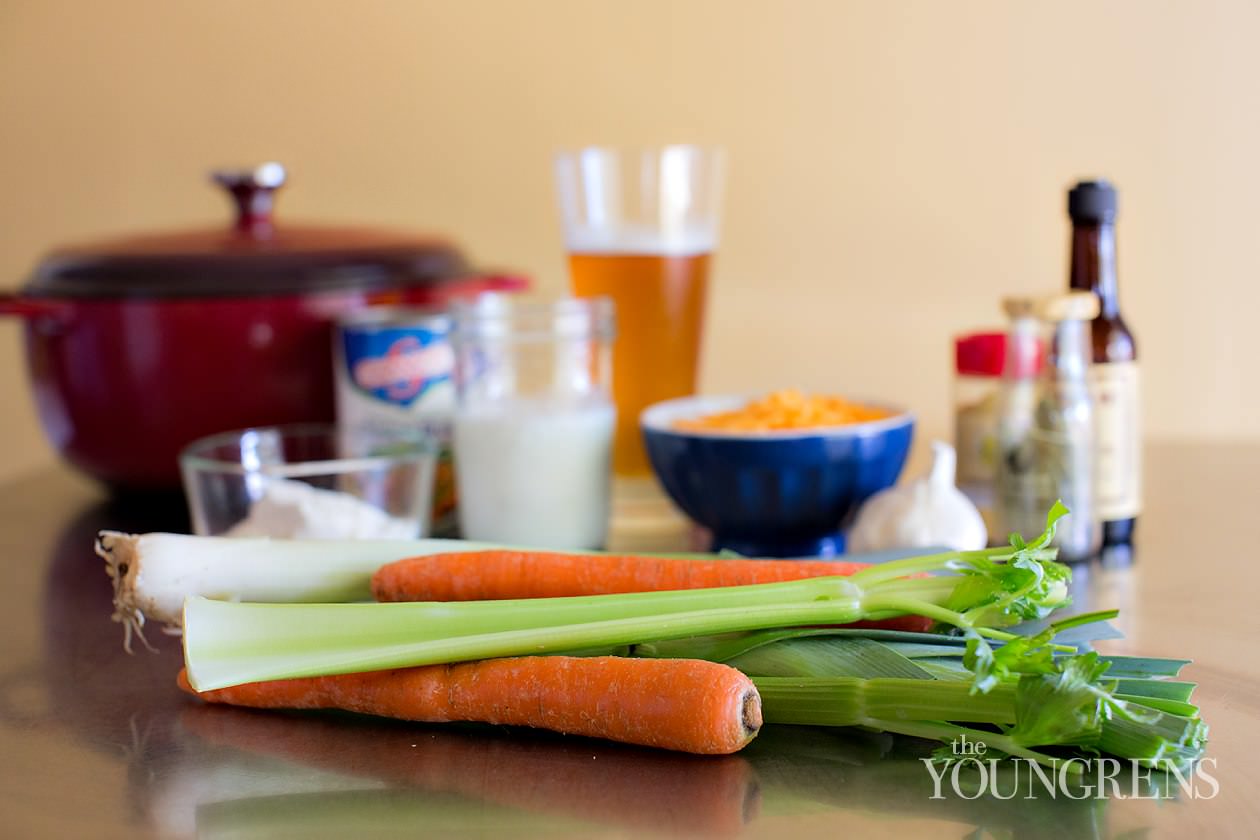 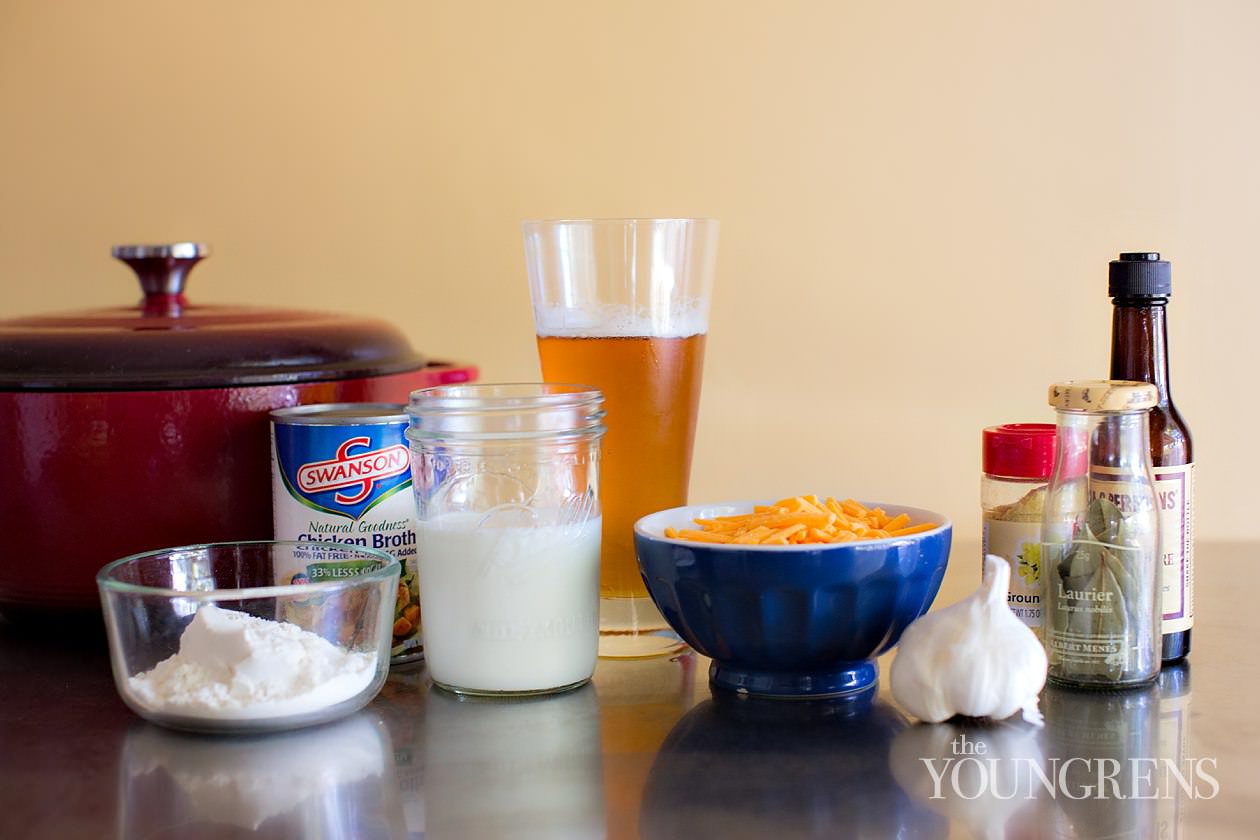 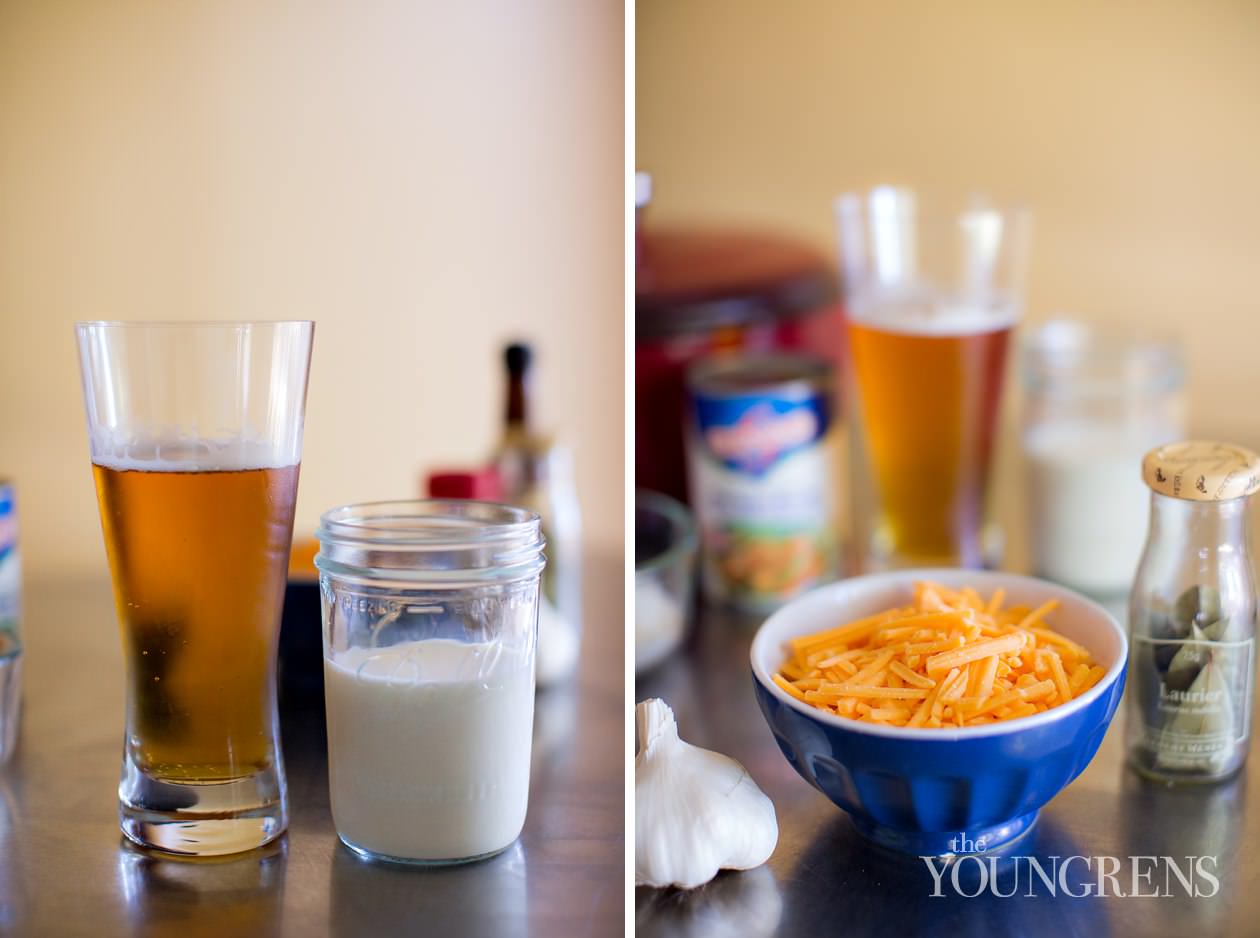 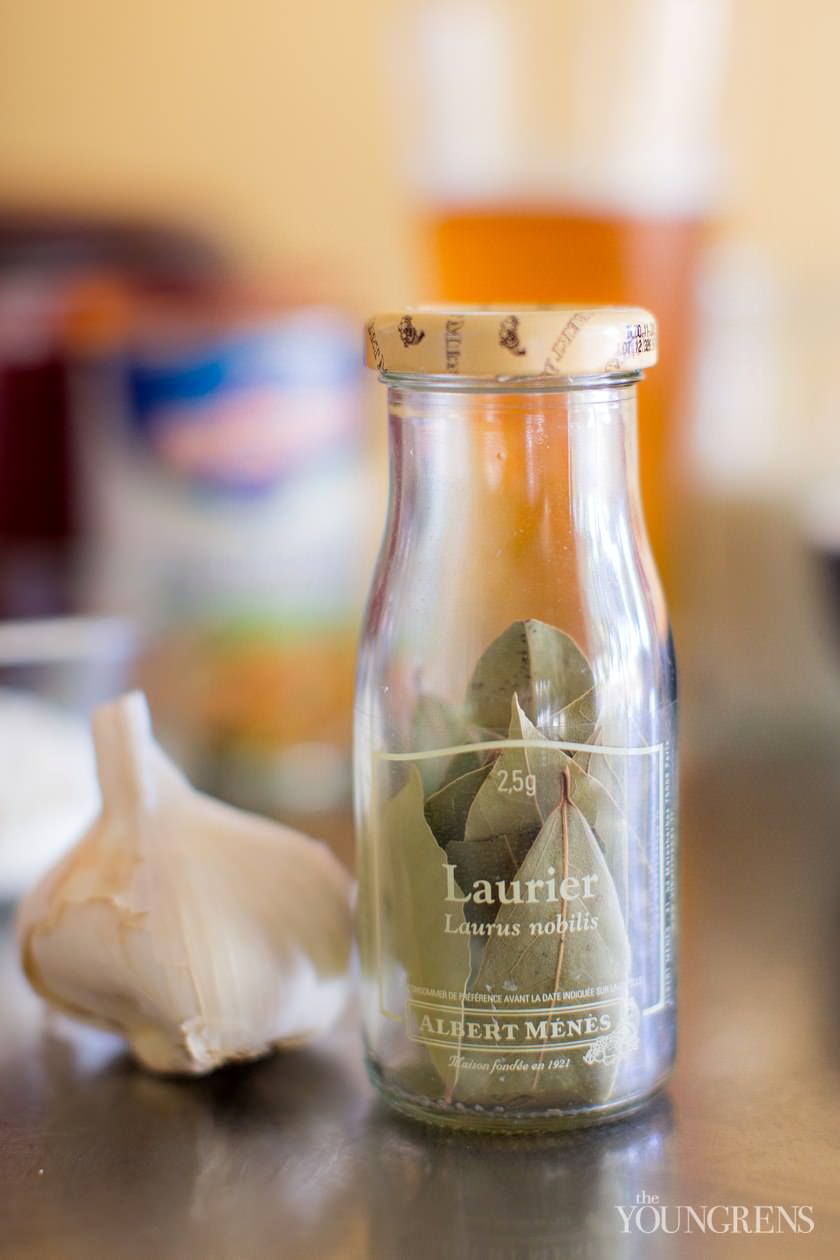 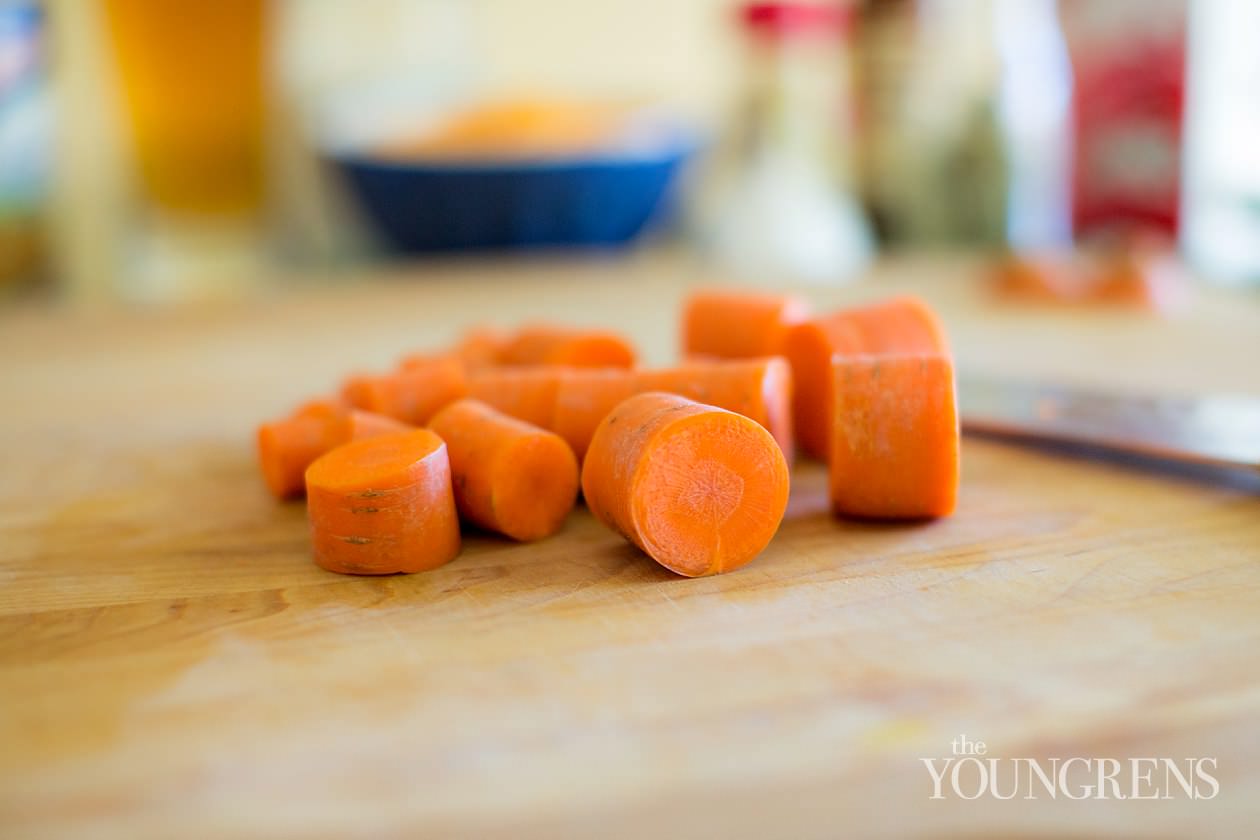 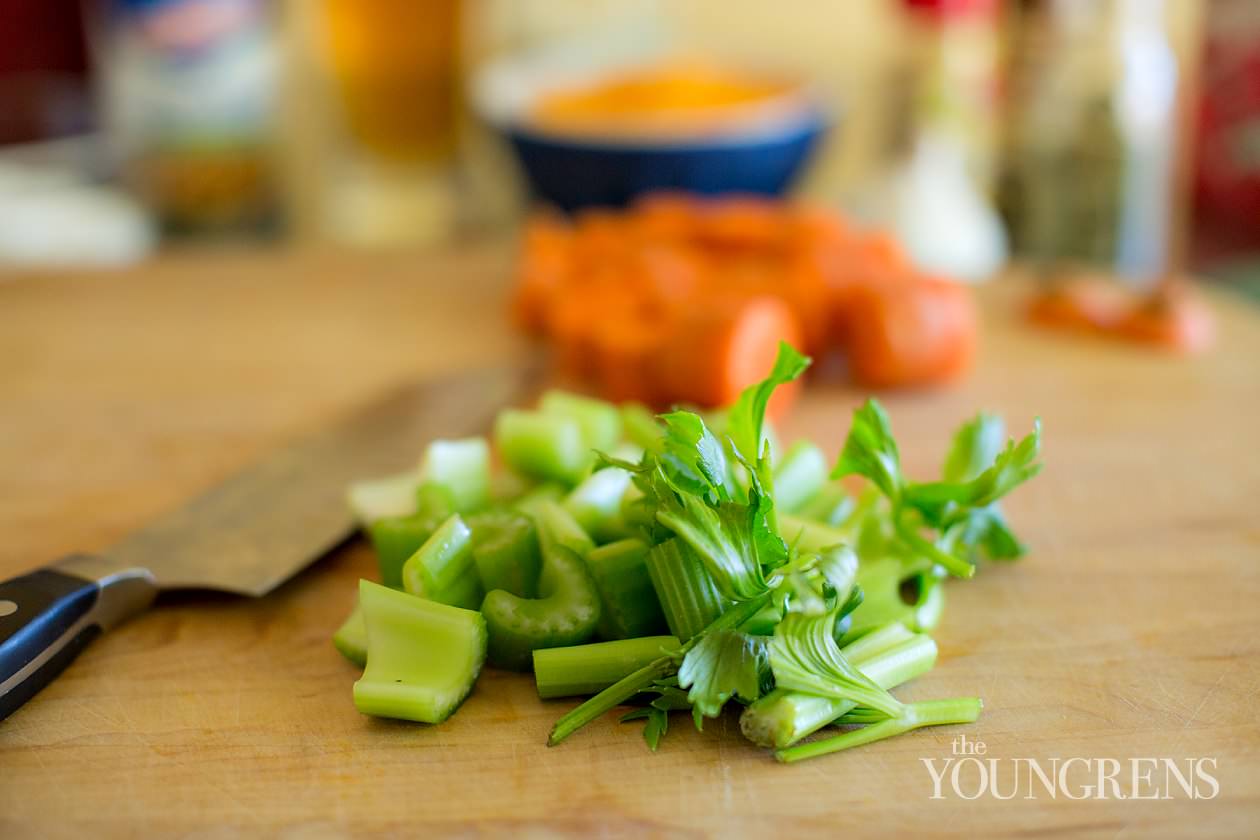 Chop only the pale green and white parts of the leek, discarding the leaves. 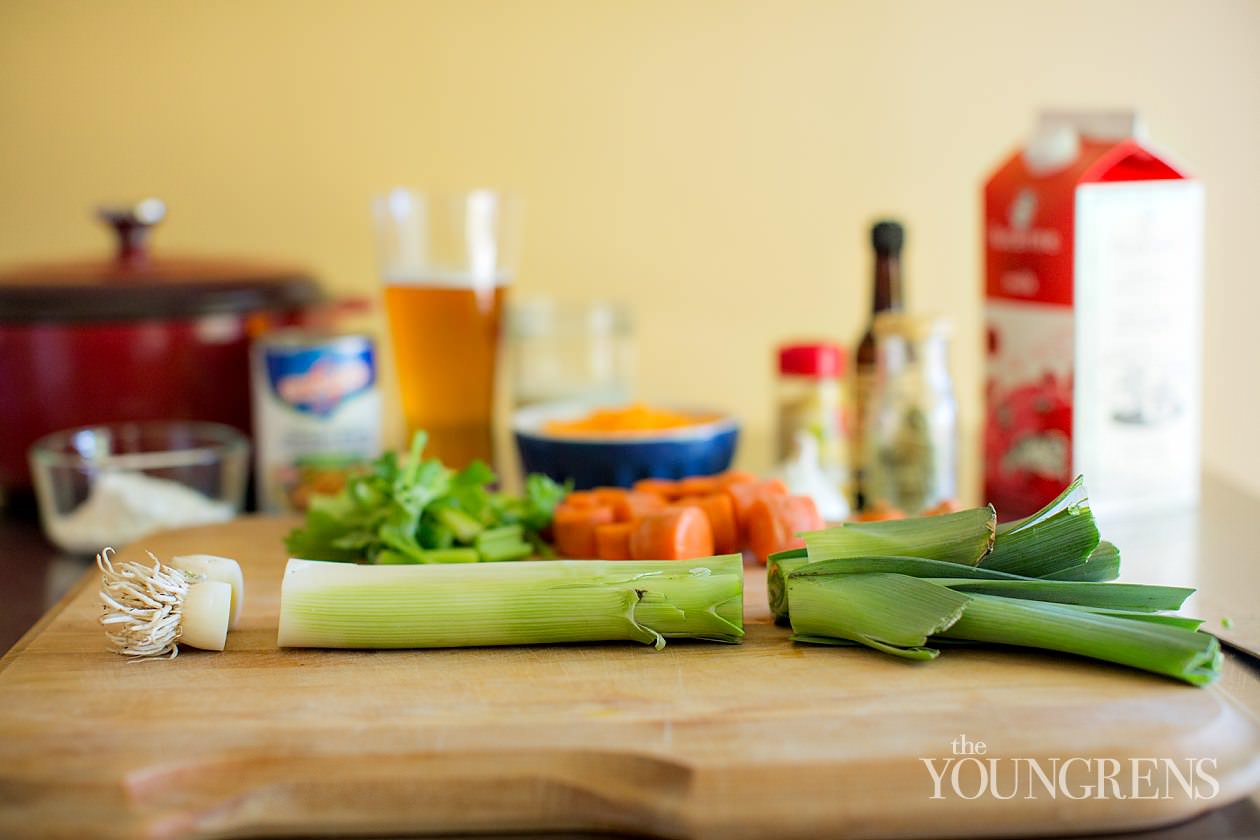 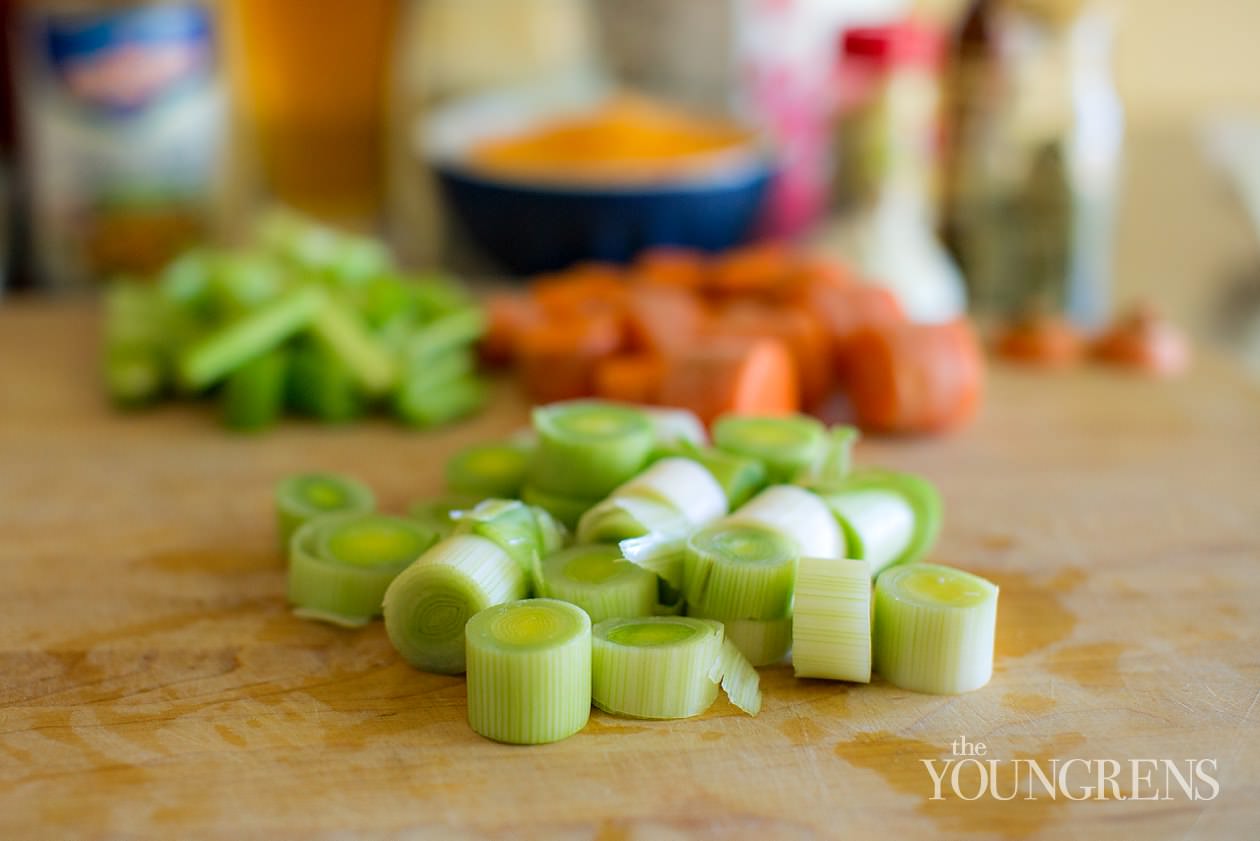 Dice the garlic and toss the veggies and a bay leaf into a preheated dutch oven to cook and soften. 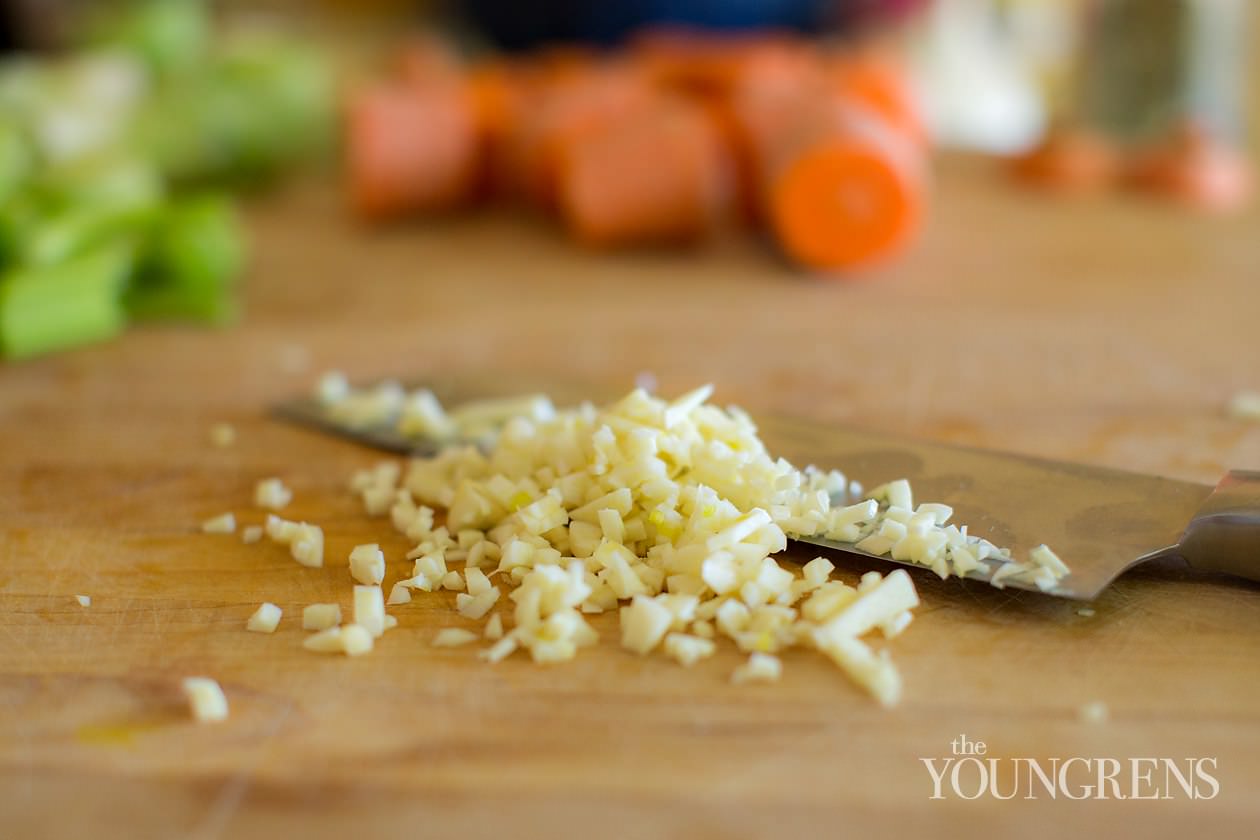 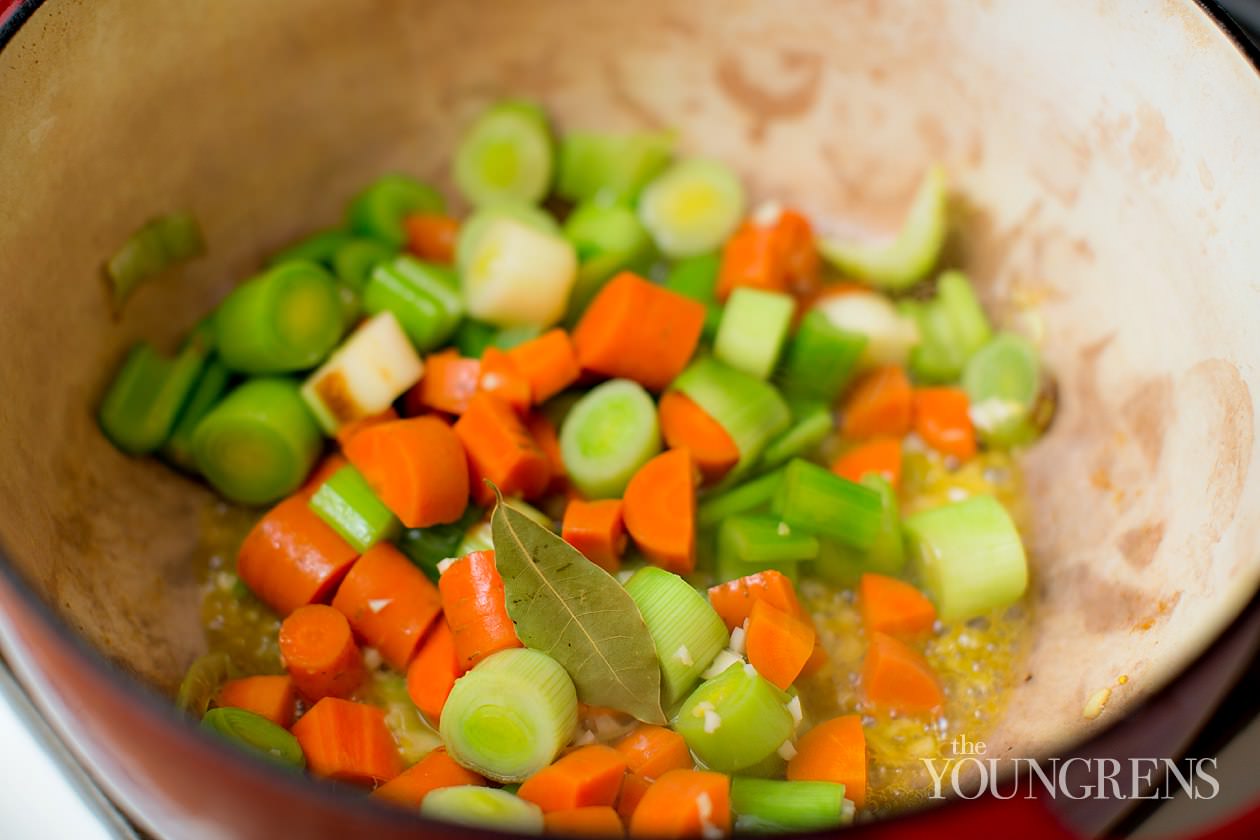 PS: Take out the bay leaf before blending. Just a thought 🙂

PPS: Be VERY careful when pureeing hot ingredients! The steam can cause hot food to explode out of the lid and burn you once you start the blender (for once, I learned this NOT from experience but from a friend – PHEW!), so let the steam cool off just a little and hold the lid down firmly with a large towel draped over it once you’re ready to puree. This will hopefully prevent your arms from getting scorched! 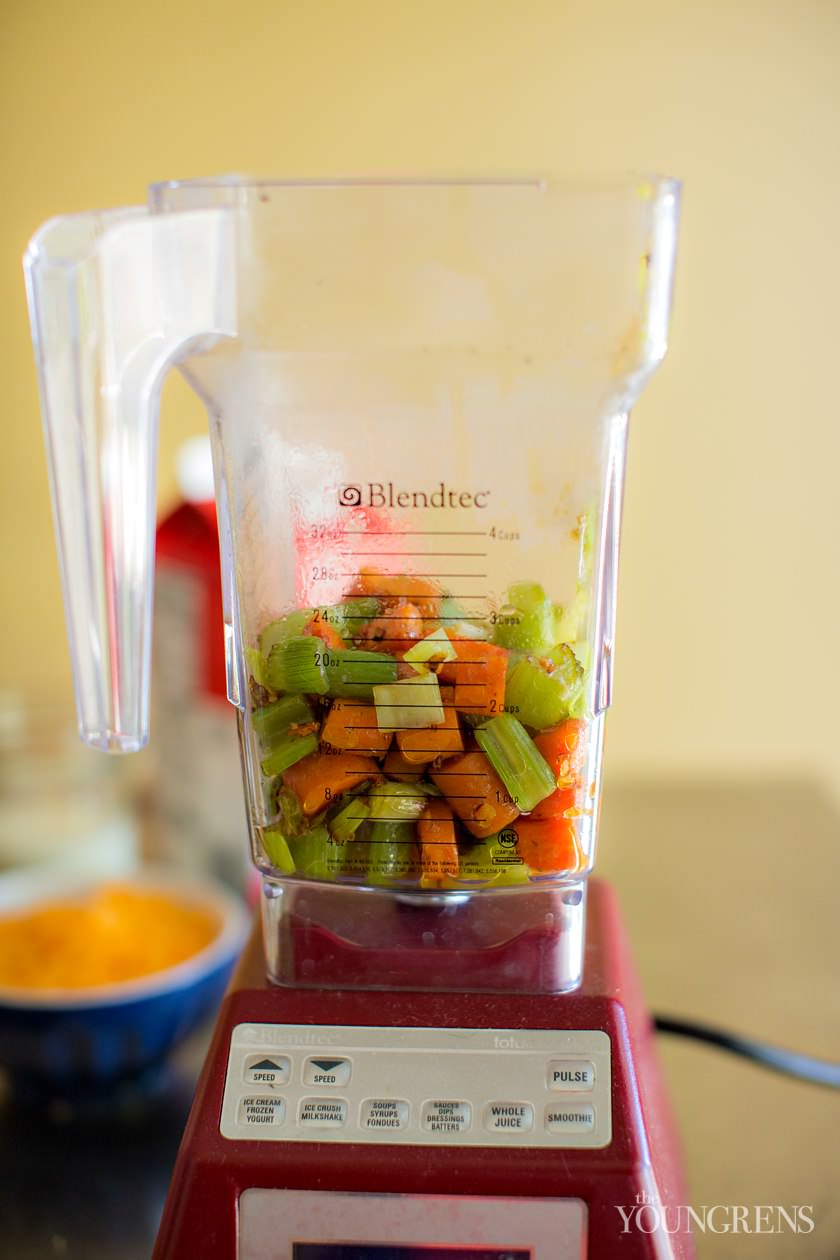 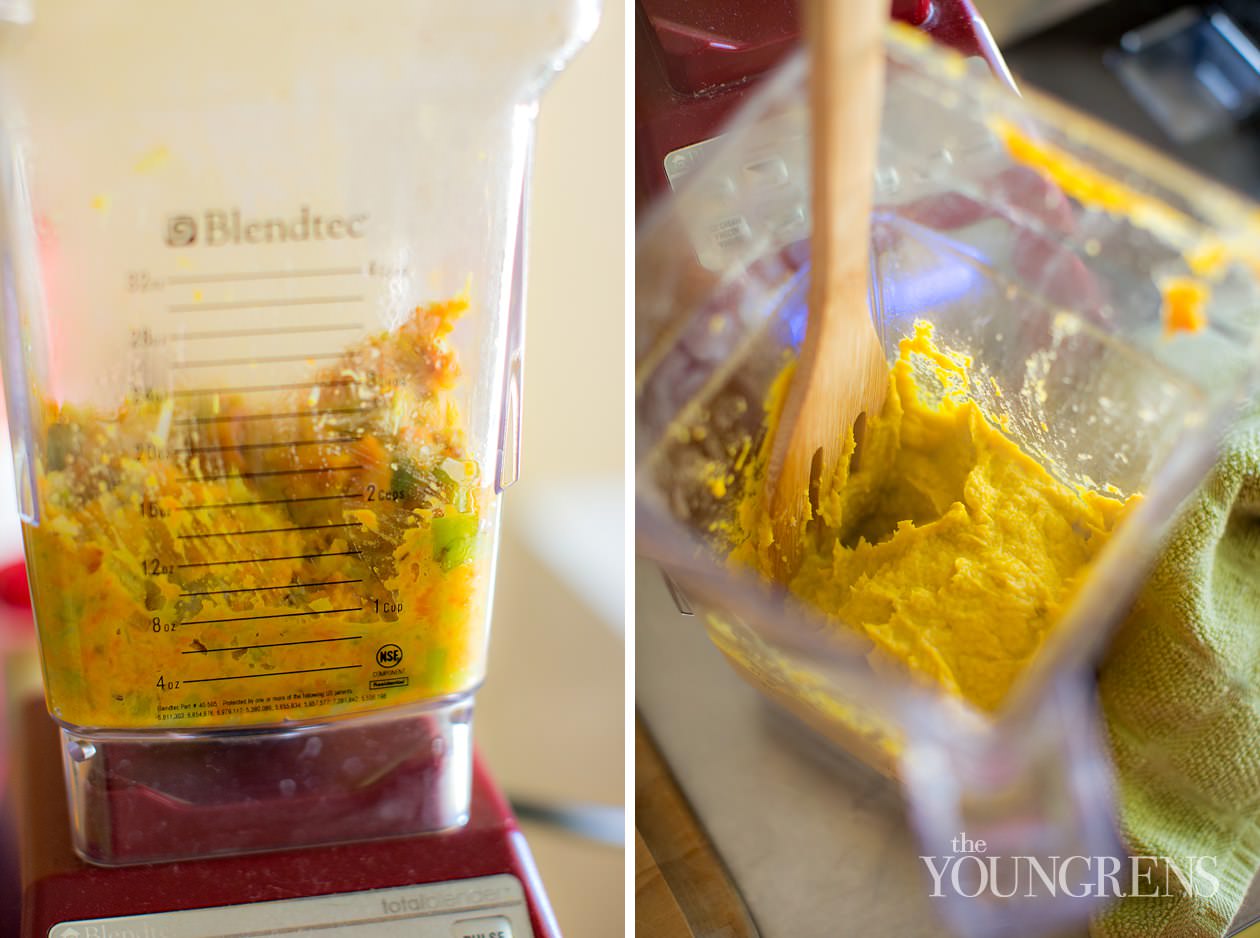 Once blended, toss the creamy base back into the pot with the bay leaf and add flour. 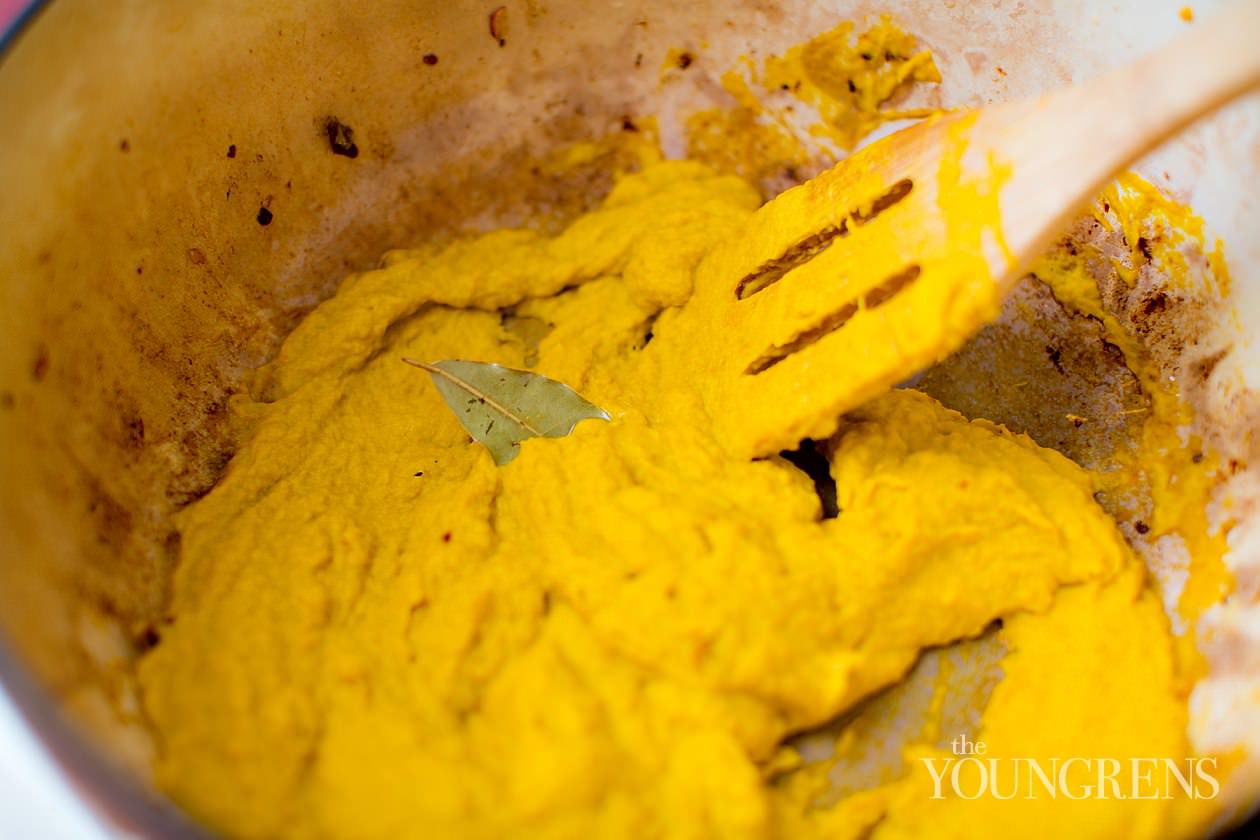 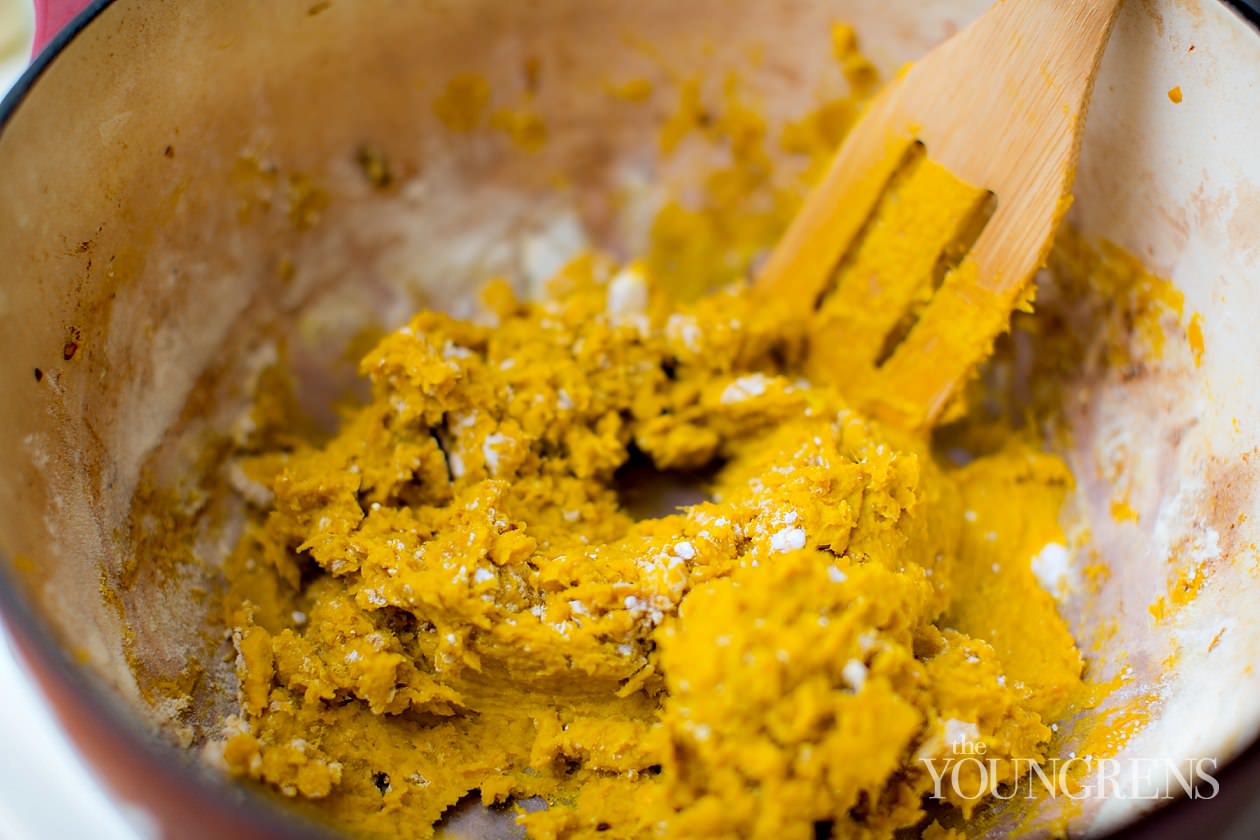 Next add your liquids – cream, broth, and beer – and then add in the cheese in large handfuls. 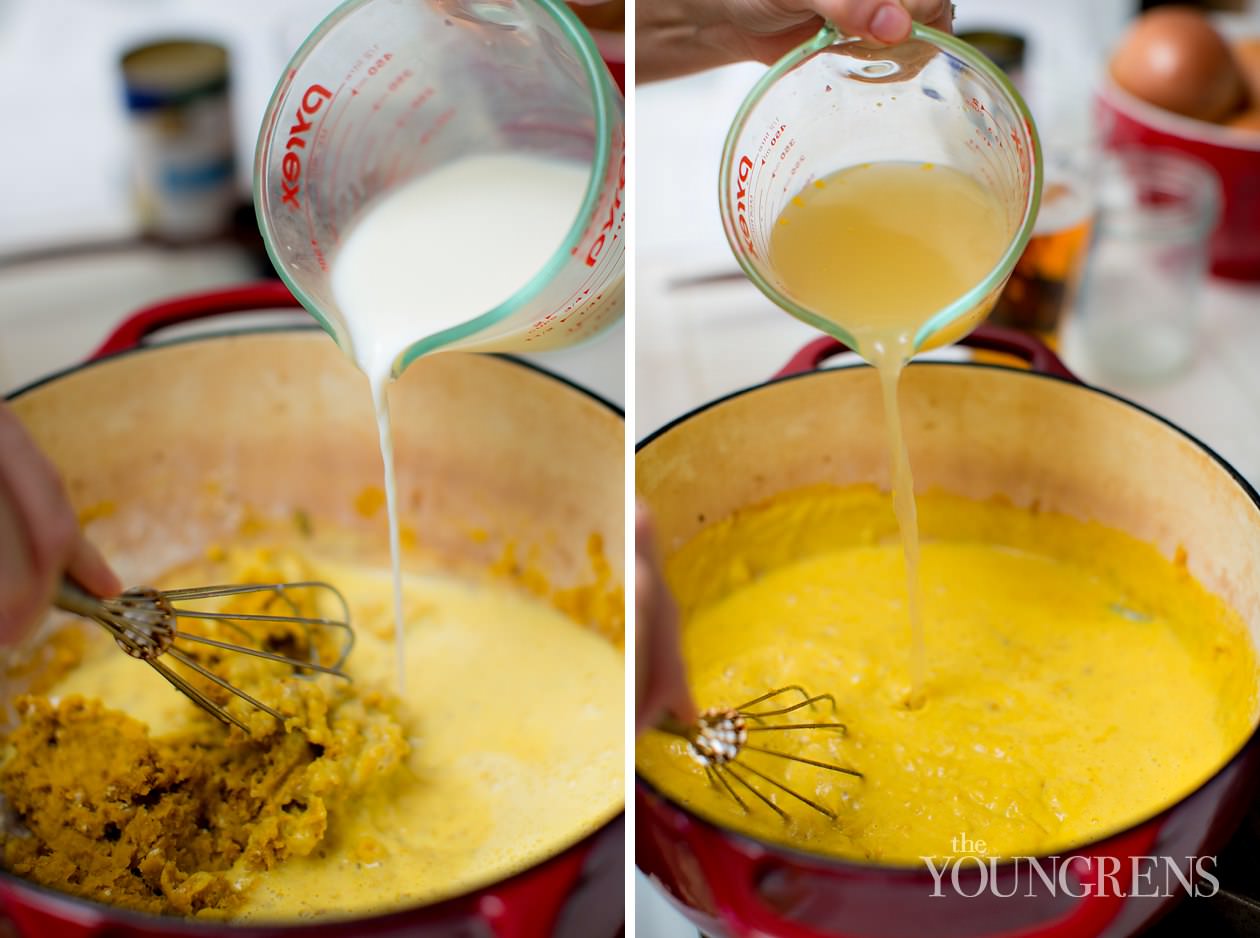 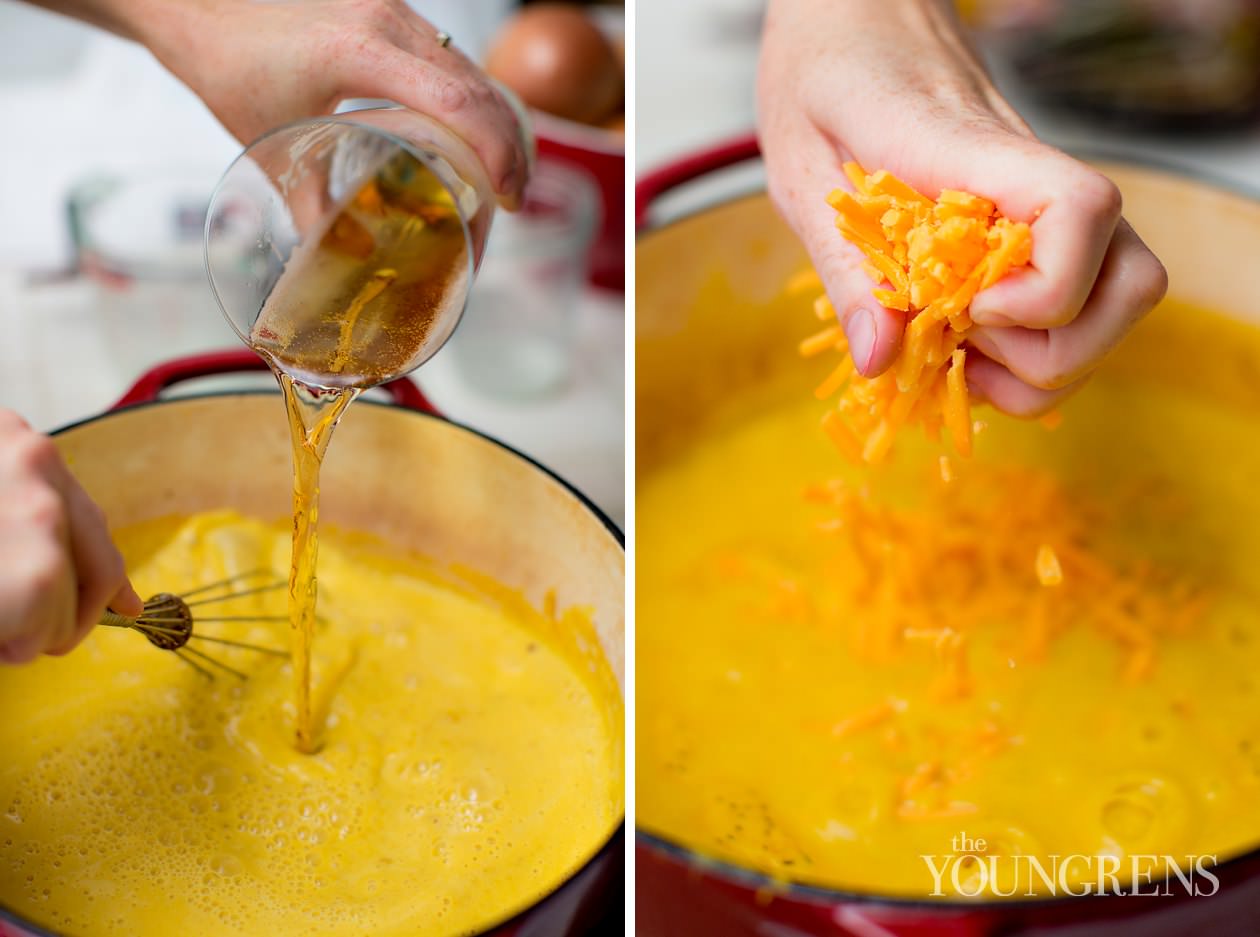 Watch the cheese melt and let cook for about 5 minutes. 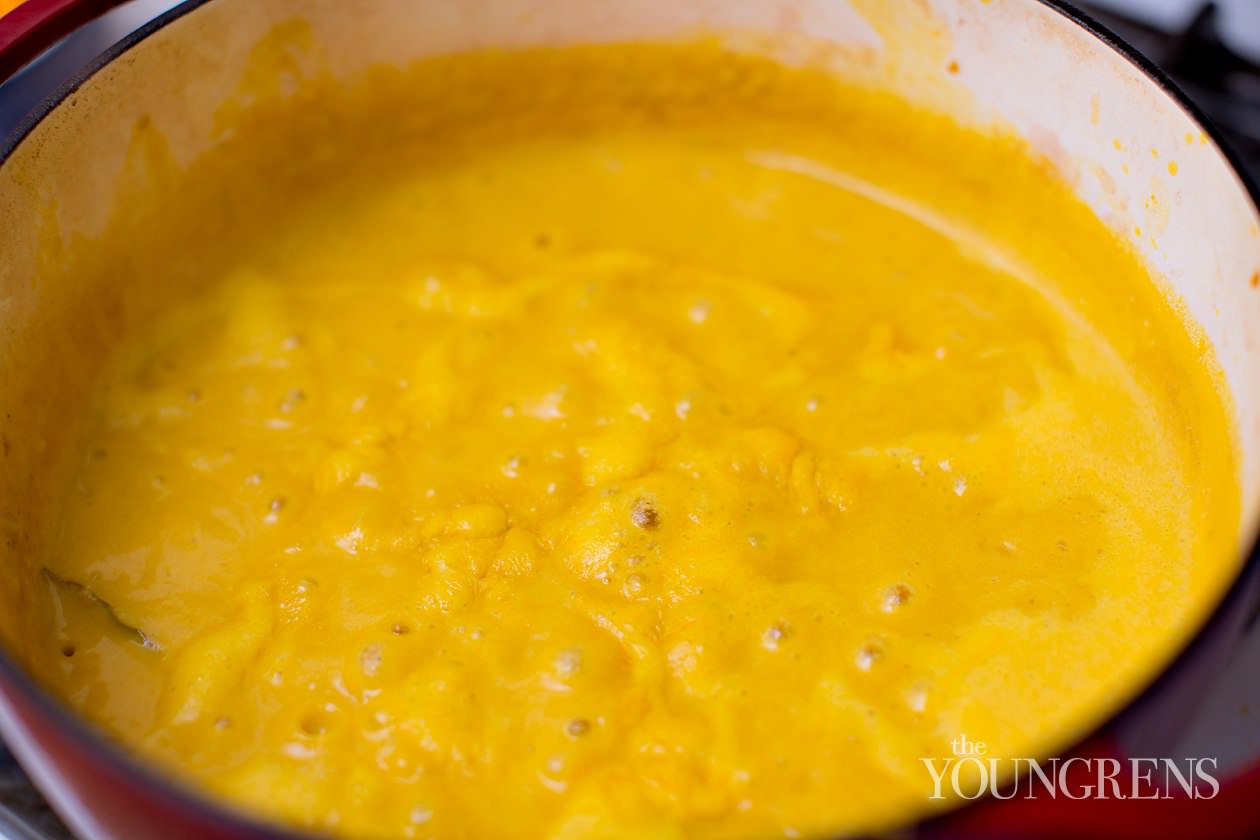 Season the soup with worcestershire sauce, dry mustard, salt and pepper, then topped with cooked bacon and serve with a hoppy beer. Our favorite pairing was a black rye IPA – just enough hops to cut through the cheese but enough depth to call out the worcestershire. 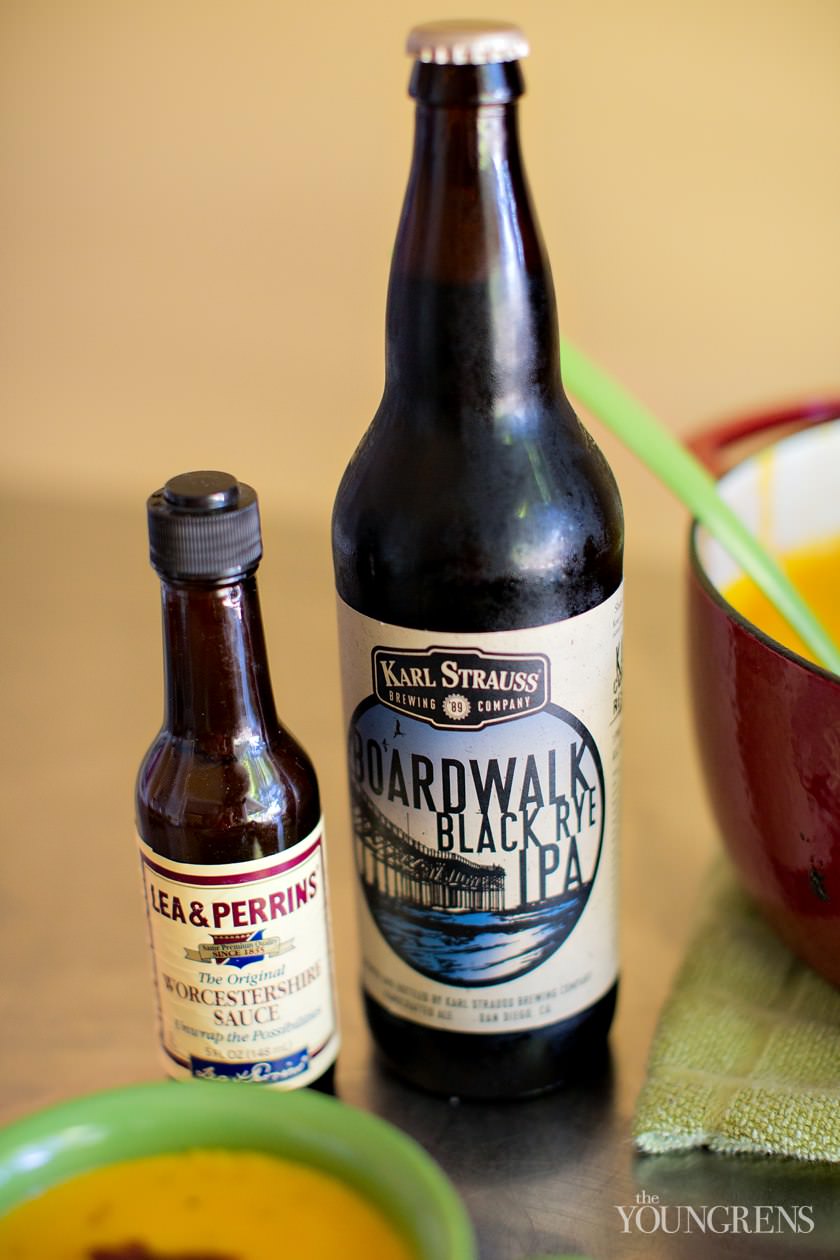 My best tip: Don’t skip the bacon and enjoy! 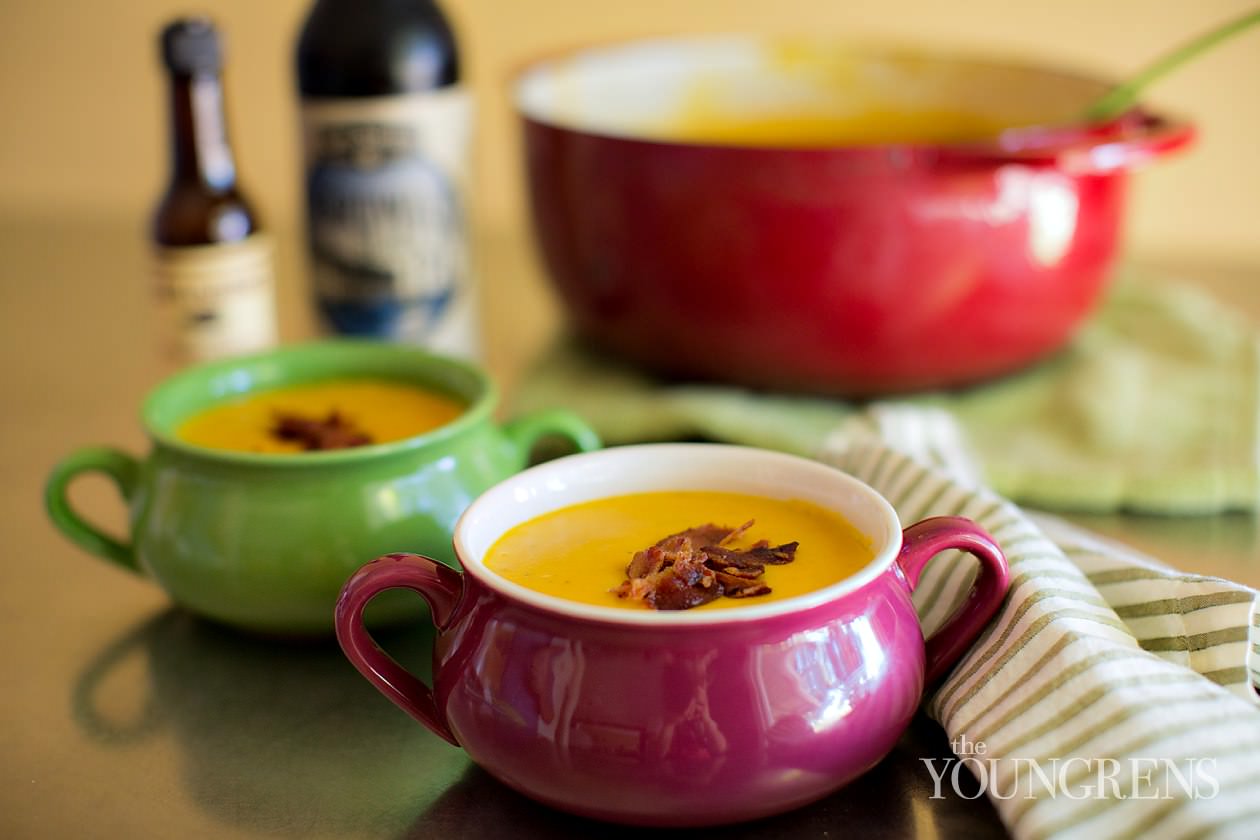 1. Wash leeks in a bowl of cold water, agitating water, then lift out leeks and drain in a colander.

4. Add cheese by handfuls, stirring constantly, and cook until cheese is melted, 3 to 4 minutes (do not boil). Discard bay leaf.