I rode my first subway system in Washington DC when I was eight years old, and I can only imagine what my mother went through as she pulled this wide-eyed Idaho farm child through the underground tunnels of a big city. I remember clutching my disposal camera and pulling on my fanny pack to keep it from falling off of my hips as I jogged along after my mom and siblings, looking in every direction but forward. I was so mesmerized by the whole thing – the trains, the people, the whooshing sounds, the smells. I loved putting my ticket through the little ticket-taker thing (really don’t know what they’re called), and I loved watching everyone around me move along so swiftly and smooth. But I loved all of that stuff a little too much. My mother kept losing me in the crowds because I got so caught up in the wonder of it all, and she finally had to hold onto my wrist as we wound up and down stairs and crowed onto escalators.

Since then I’ve ridden many more subway systems and I feel like a city’s particular transit system says a lot about its character. From the grungy, shady underground in Rome to the tube in London to the clackity trains in Berlin to the creepy old Spanish men in Madrid, each one has its own story to tell.

So what about the MRT in Singapore? What’s its story? Well, my friend, its story is clean. Spickitty, spackitty, polishy clean. 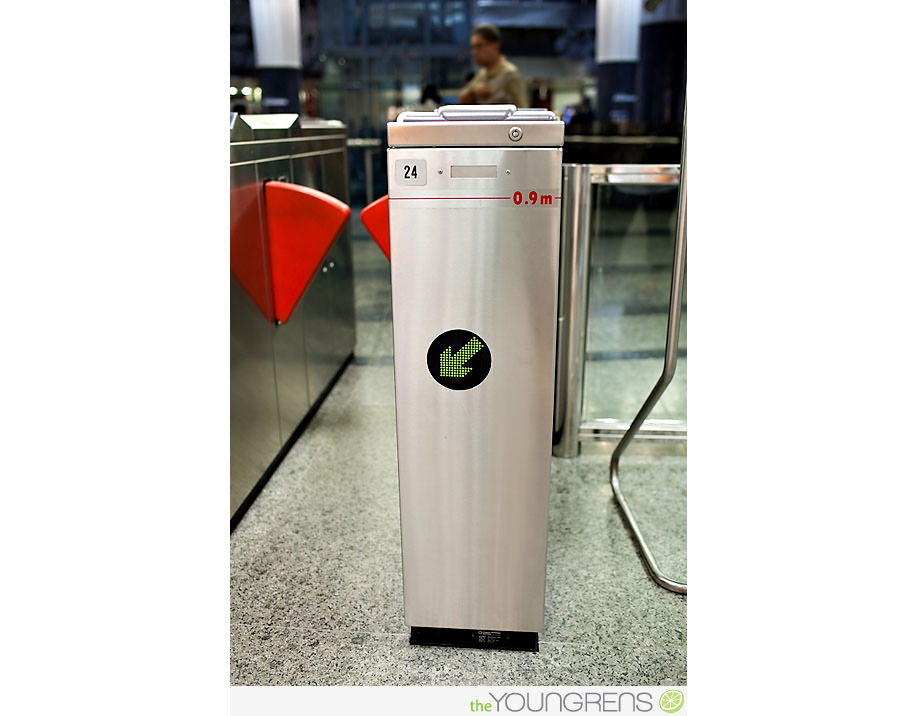 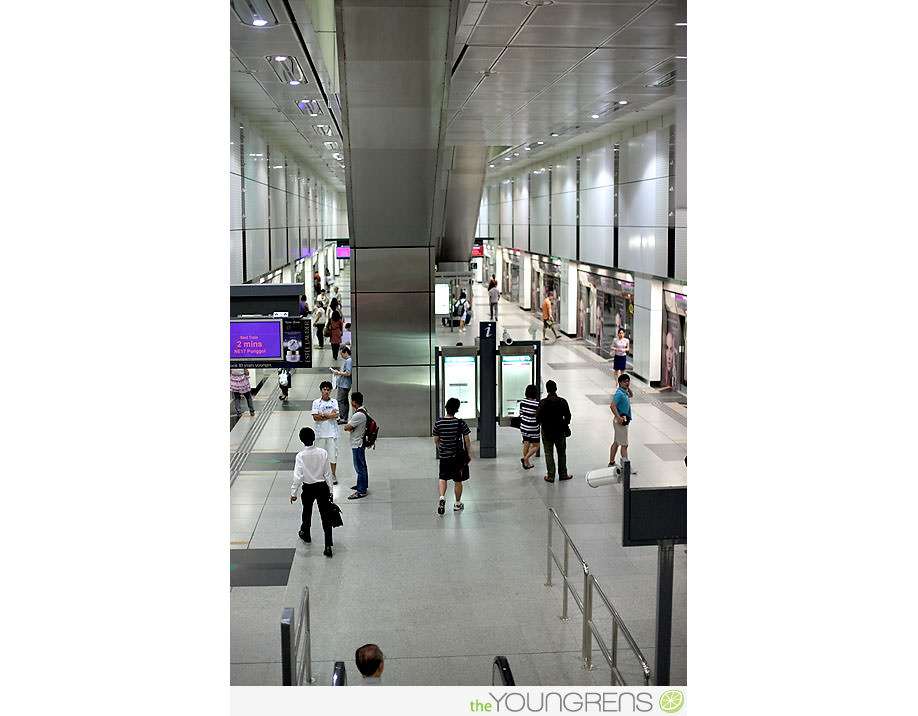 Honestly, do they polish the ceilings every morning? This is the cleanest, safest, fastest system I’ve ever ridden. 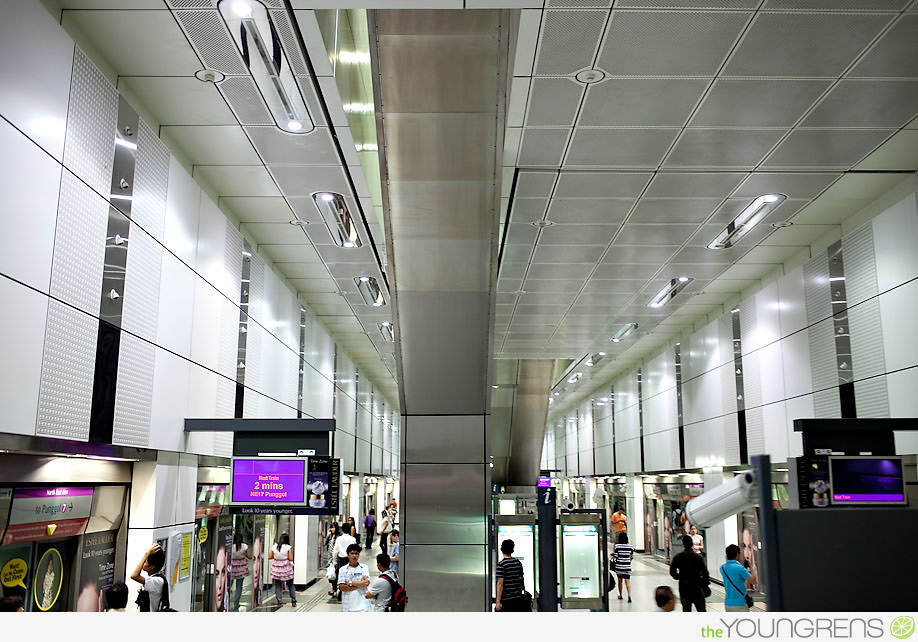 But my favorite part is the doors. We’ve noticed that the people here have this annoying habit of standing with their noses up against the doors while waiting for the train to arrive and then shoving themselves onto the train before letting anyone out first.  You know that rule about letting people out of elevators and off of trains before getting on yourself? Yeah, they don’t. They need help with this little public courtesy rule… 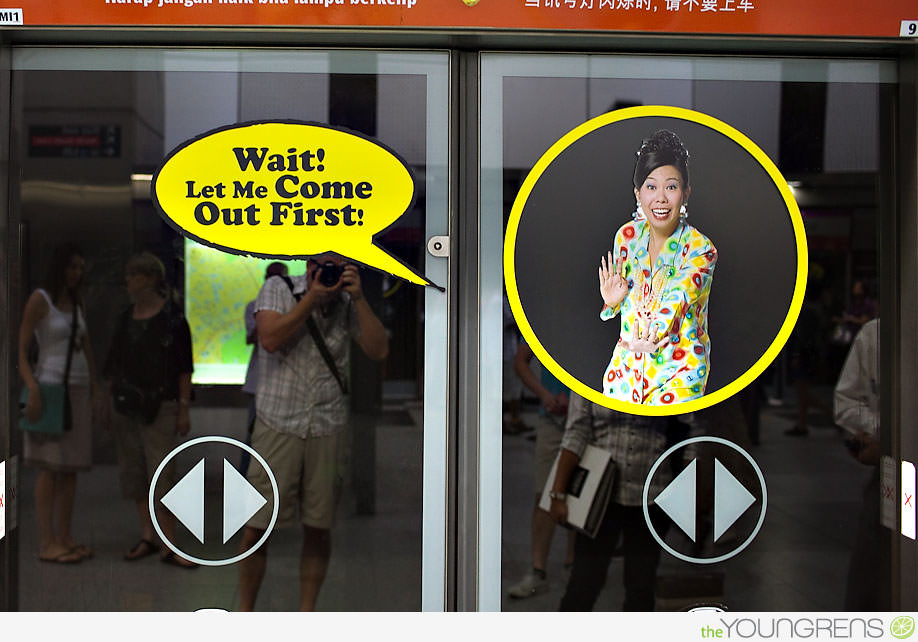 On our way to Chinatown! Notice the lovely greasy hair from walking around in the humidity. We’re slowly getting used to it. Well, I’m not so much “used to it” as I’m merely resigned to having thick greasy hair 24/7. 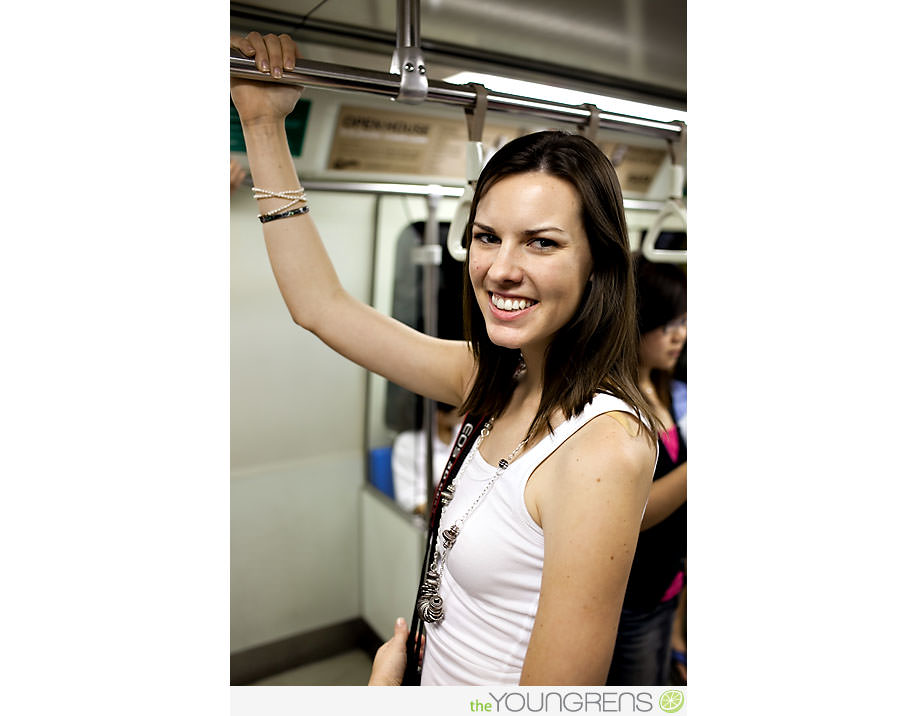 This is the view from the escalator going up into Chinatown. Not only is the MRT clean, but its always beautiful to look at, no matter which stop you’re at. 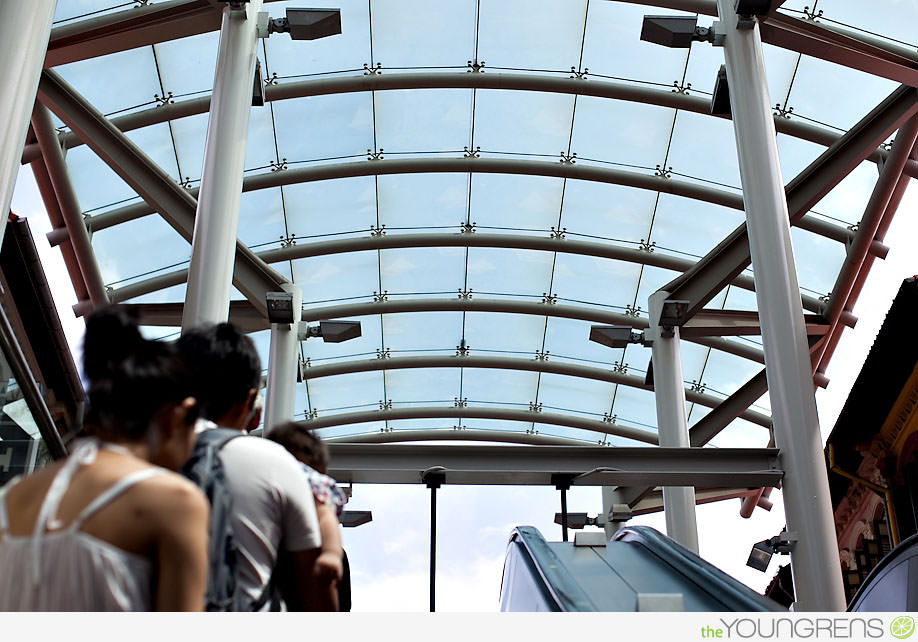