Sweet and Sour | The Beginning

POSTED IN : Casa de Youngren, Sweet and Sour FILED UNDER :

My hubby is a genius.

And no he didn’t just tap into my WordPress account and write that statement. I totally did it myself – no prompting, no promise of bubble baths and cupcakes, no Anthro shopping allowances. Nada.

Because he totally is a certifiable genius. He has finally figured out a way to get me out of my own head. Let me explain…

If you’ve met me in person – especially if you happened to meet me in a party or large get-together with a lot of people milling around that I don’t know – you probably noticed that I’m pretty quiet. In fact, my personality is extremely introverted, which means that I gain energy by being by myself and expend energy being around other people . (Soooooo, why in the world would I be a wedding photographer, you ask? That’s a pretty great question, and a pretty long answer. So I’m going to answer it some other time here on the blog, I promise. But for now, back to Jeff’s genius status.)

I was sharing with Jeff a little while back about what its like to be an introvert (because extroverts, I’ve found, tend to look at me strange when I say that I’m tired at a party. At a party?! They say. With all of these PEOPLE??! How can you be TIRED???) and I told him that its kind of like living behind a wall of thick sound proof glass. I sit back and watch the world through this glass, and there’s a constant running commentary going through my head about what I see and observe. I’m sure this is true for most people (at least I hope so, cuz I’d actually be crazy if it wasn’t), but for me, this commentary never exits my mouth. Not because I’m thinking terrible things about other people – not at all. It’s just that talking takes a lot of energy from me. I like chatting with people, but my knee-jerk internal reaction is be quiet. It takes energy for me to talk, while for extroverts it takes energy being quiet and alone.

So basically what I’m trying to say is that I have conversations with myself all of the time. Yup, send me to the loony-bin, because I’m cooked.

Jeff can testify to this whole internal conversation bit of my personality, because I tend to get sucked into these self-conversations quite often. Not only does this sound proof wall that I live behind keep noise from going out, but it also keeps sound from coming in.

In other words, I space out. A lot. If we’re sitting in the car, I’ll miss out on whole radio show commentary or entire conversations between people because I tend to get lost inside my own head. It’s a constant frustration for poor Jeffy who can’t ever tell if I’m “with this world, or mine” at any given moment. Ha!

So why is Jeff a genius? Well, he suggested one day that I actually start to write down what goes on behind this sound proof wall of mine. After letting him know that, although I love him dearly, there is absolutely nothing interesting that goes through this introverted brain inside my head (“hmmm, I think rollercoasters move too fast…”), he kept saying that whenever I divulge my thoughts, they tend to be pretty hilarious.

So that brings me to here and now. This seems to be a week of starting new series’ here on the bloggy-blog, so I am officially beginning my very own version of miscellaneous posts – ie random thoughts that run through my head as an introvert that’s parading around in an extroverted world.

It’s like sweet and sour flavors, this introverted/extroverted thing. They are both wonderful on their own, but when they get together it can get pretty interesting…

As we head into the weekend, we’ve got a blog lineup that’ll knock your socks off! After a few weeks off, we’ve got another FAQ Friday coming your way as well as our weekly edition of Recipe Sunday. Next week is going to start off with an elegant bang when we feature the gorgeous Emily and Josh and their Santa Barbara wedding at the Canary Hotel. This wedding was FAB-U-LOUS, so for now here’s a sneek peak of the beautiful Emily… 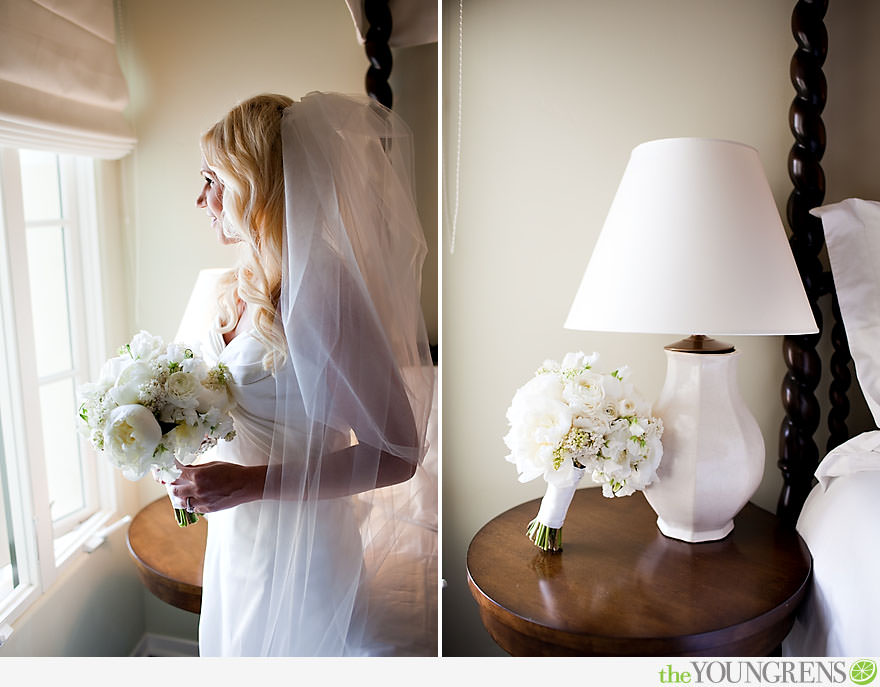