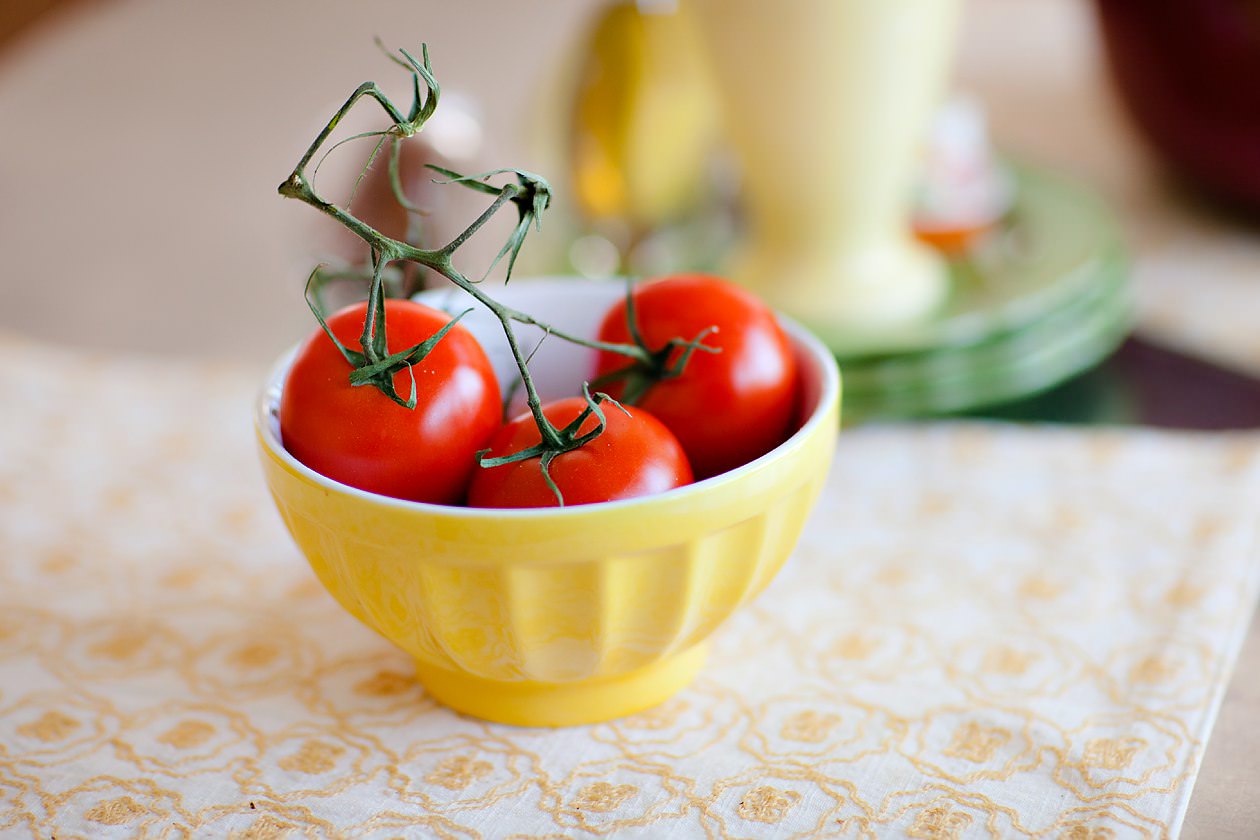 It’s Not Just a Bowl of Tomatoes

Jeff and I have been traveling a ton these past three years and we’re excited that it’s time to close the door on that season of life and begin a new one. One that involves us being home. A lot.

So we’ve cut back on the flights and said no to almost all of our travel plans in 2013 and it feels so gooooooood. When our friends want to hang out for coffee down the street, we can actually say yes because we’re not on the 6:30 eastbound to Atlanta. When our family wants to stop by, we can say ‘of course!’ because we’re not in a mad rush to unpack our bags, do laundry, and catch some sleep after the redeye the night before.

When we’re constantly on the road, I can only buy a few meal portions to last the two or three in-between days that we would be home but now we have this thing that I’ve heard other people murmur about – a routine. For two weeks in a row, I’ve built a meal schedule on Sunday afternoon for the coming week and gone grocery shopping to prep everything. And I’ve stuck to it. We’ve had lunches sectioned out everyday with a crockpot stewing on the counter on Wednesday (according to the menu plan) and chicken thawing in the fridge for tacos on Friday.

And the best part is that I can buy produce. Before, produce wasn’t an option – we had had one too many rotten tomato surprises sitting on the counters after returning home and a few too many squishy bell peppers doing their sweet little thang in the bottom of the fridge. On the bright side, if you’re ever looking to cure yourself of your massive dairy intake, just tuck an open carton of half and half back behind the expired salsa for a couple of weeks. That’ll definitely do the trick.

So we’ve had produce lately. I mean, just the appropriate amount for that week’s chosen recipes, of course, but still… it’s fresh.

I think I could get used to this whole ‘not traveling’ thing. Home really is sweet home when there’s chicken tacos involved.